She fell in love with Toronto while filming in the city! 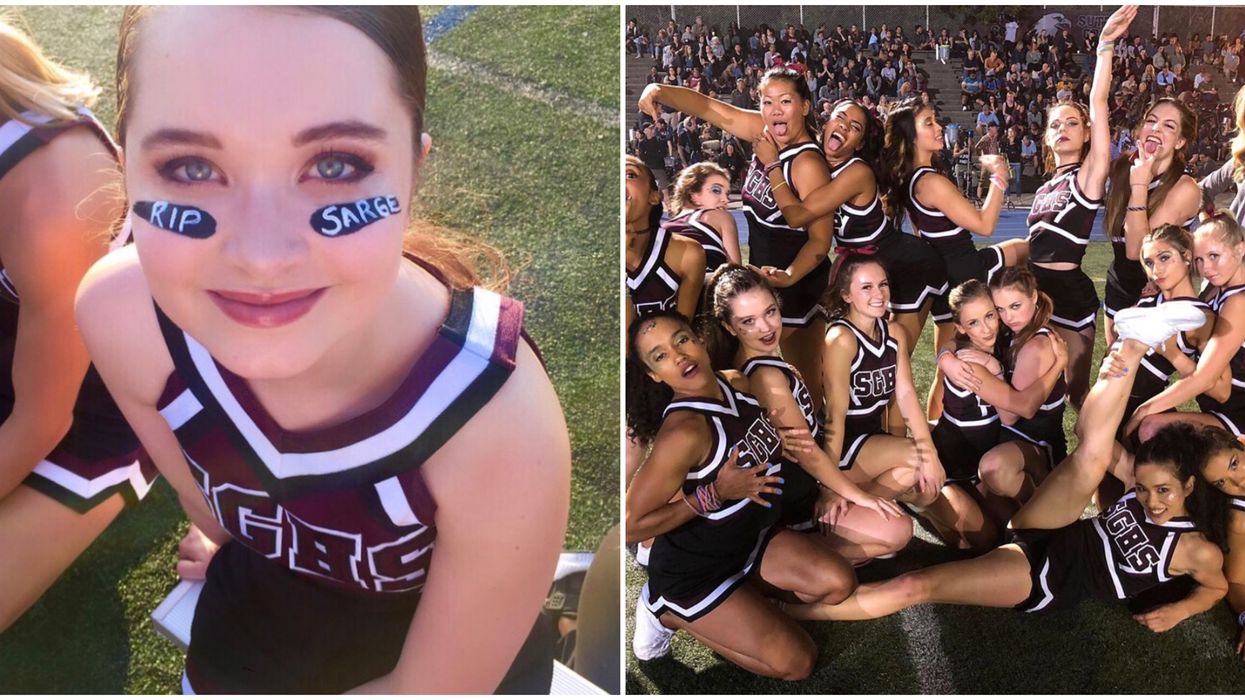 Who doesn’t love a little teen drama from time to time? If you’ve been perusing through Netflix at all over the past few weeks, you may have seen a new series called Dare Me pop up on your feed. The hit show is about a group of high school cheerleaders who are anything but innocent, and one of the show’s stars, Alison Thornton, gave out the inside scoop on what it was like to film season one.

In an exclusive interview with Narcity, Thornton, who plays the role of Tacy Cassidy, broke down some of the most intense scenes from the show. She also dished about what it was like to explore the city of Toronto in between filming in the GTA.

The 20-year-old was born in Vancouver to American parents, although she splits her time between her home in sunny Los Angeles and Canada’s west coast.

“I know the area really well and every year my dad and I go to Whistler to ski. Last summer my whole family went to Quadra Island, which is something that we do all the time,” the actress revealed.

“I love hiking every day and camping. I love the nature here, I think that’s one of the things that I miss the most when I’m gone.”

The Canadian born star listed Metrotown and Robson as some of her favourite areas to visit when in Vancouver, and a popular sushi restaurant topped her list of favourite places to eat in the city.

“Every time I come back to Vancouver I make my family go to Miku, it’s kind of become a tradition.”

Although she’s most familiar with the west coast, Thornton spent 5 months living in Toronto back in 2019 while filming Dare Me. During that time, she says that she fell in love with the city.

“We would go to Centre Island a lot and bike ride. I lived with one of the girls on the cast, Marlo [Kelly], who plays Beth. She and I would bike around High Park. I completely fell in love with the city—some of the best food in the world!”

Speaking of Beth, she and Tacy’s constant power struggle is one of the major plotlines in season one. The drama played out naturally on screen, but Thornton revealed that it wasn’t exactly easy to act out the half-sibling’s rivalry.

“I found it fun! It was definitely difficult sometimes. Having to be really sassy to Marlo would make me laugh, and having her be so cold and cruel to me would also make us both giggle,” she revealed.

Apart from having an incredible soundtrack and endless nail-biting twists and turns, Dare Me also includes some impressive cheerleading routines. In her interview, Thornton explained that the cast attended cheer camp for about two weeks prior to filming.

“In the book especially, there’s a lot of talk about what the girls go through in terms of physical extremes from cheerleading, and that’s not something that I’ve ever really encountered in my life. I wanted to be able to dip into what that feels like, even if it was only for a couple of weeks and I think that was really helpful with getting into character,” the 20-year-old said.

Season two of Dare Me has yet to be officially confirmed, but if we’re lucky enough to see it then Thornton has very high hopes for Tacy.

“I hope that Tacy gets more intertwined with the murder mystery, and I really hope that she grows into herself more and finds more of her confidence. I think that she really wants to be like Beth, but the funny thing about Tacy is that she pretends to be nice. Beth knows that she’s harsh and cold, but she doesn’t try to fake anything.”

“Tacy is starting to step into that role, and I think that’s the reason why some of the others don’t like her. She wants everyone to think that she’s this innocent victim the whole time. I would like to see her maliciousness come out more in season two because I think it makes for some really interesting dynamics with the other characters,” the Vancouver-born star continued.

We may only have 10 episodes of Dare Me to binge-watch for now, but if you’re a fan of Thornton’s, she has some other projects on the way that you’ll want to keep an eye out for.

“I did an indie film last year called The Mental State that I know is being finished up. Of course, everything is shut down right now, but I think that the plan was that it would be out in 2020 or 2021, maybe. I also did a short film in February called My Obsession with Death and I’m not quite sure what the plan is for that right now,” the actress shared.

The entire first season of Dare Me is currently available for streaming on Netflix. You can check out the trailer for the intense teen drama below.