They'll have beer & wine selections too! 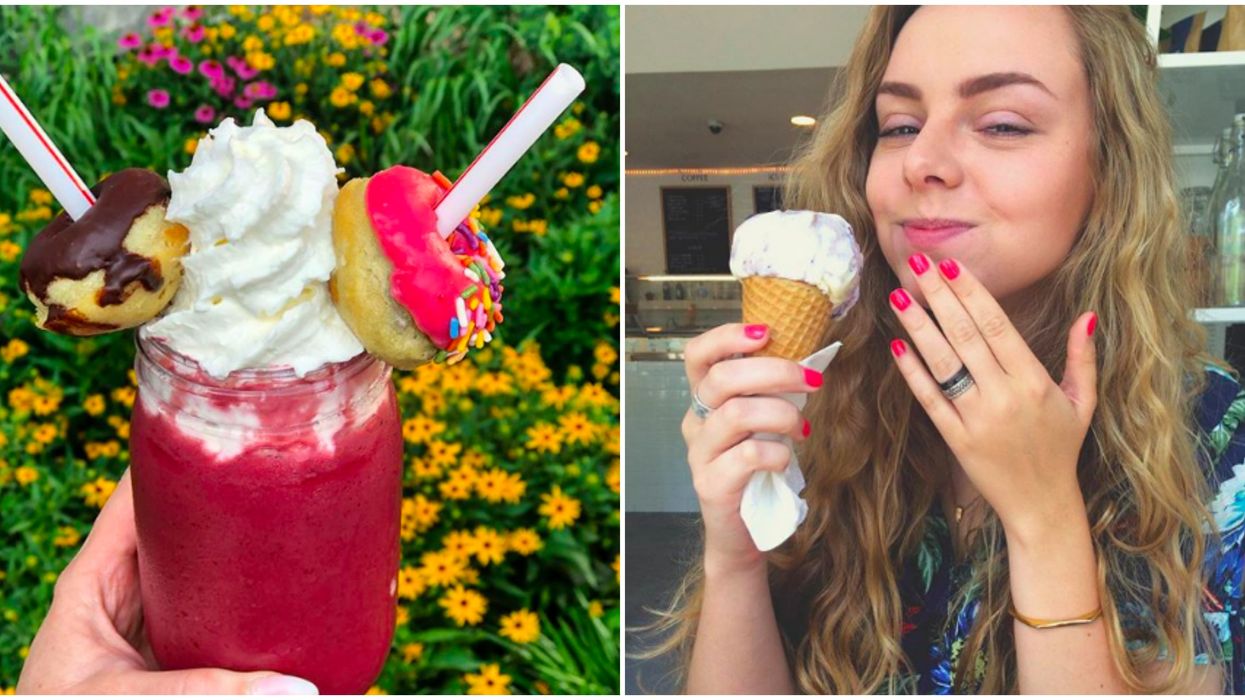 There's nothing quite like a rich, creamy ice cold gelato. The Italian twist on ice cream just has something extra that makes it worth while. Ice cream is everywhere but a scoop or two of top-notch gelato can be hard to get your hands on. This new gelato shop near Atlanta opening next year is definitely everything you could ever dream of in terms of the sugary treats.

Honeysuckle Gelato began as a food truck in 2011 and now has a stall in Ponce City Market. It has since become one of Atlanta's favorite spots for ice cream. They will be opening a new, much larger location in the Pinewood Forest development (which is blooming with other cool restaurants and bars) early next year. An exact date is TBD but Narcity will provide updates when further details are released.

The gelato joint, which also has one other location in North Carolina, is built on a passion for crafting handmade, innovative desserts with fresh and quality ingredients. They offer unique flavors of gelato and sorbet like salted caramel brownie, cinnamon roll and bourbon praline pecan. Not to mention all the toppings including fudge, toffee, sea-salted caramel sauce and more. We're not drooling, you're drooling.

You can also craft your own milkshakes and ice cream sandwiches, because who doesn't love custom sweets? Prices range from $3.75 to $7 so you won't be breaking the bank.

At roughly 1,200square-feet, the new Pinewood Forest location will be much larger than the PCM spot and they will be bringing lots of new surprises, including booze (Yasss!). "This will actually be our largest location by a lot and we’re going to be adding beer and wine," CEO Wes Jones told Narcity. "We’re working on a line of baked items that we will offer individually or as “a la mode” options," he adds.

According to Wes, they are still finalizing the design and tying the loose ends but one thing they are certain of is the addition of boozy slushies. "With all of the sorbets we make and love, we think the opportunity to do some fun stuff with those flavors will be a hit," says Jones. "We’d also like to create our version of a spritz but we’re still working on how to do that."

Stay tuned because there's nothing better than combining desserts with alcohol. You'll also be treating your sweet tooth for a cause because 5% of Honeysuckle's proceeds are donated to the Feeding America Network food banks.

More must-try sweets in Georgia include these donut "subs" loaded with ice cream and unlimited toppings or these rolled ice cream tacos with insane toppings.

Why You Need To Go: To enjoy yummy, customizable gelato and sorbet treats with alcohol included.