All Of The Kardashian's Most Outrageous Halloween Costumes This Year 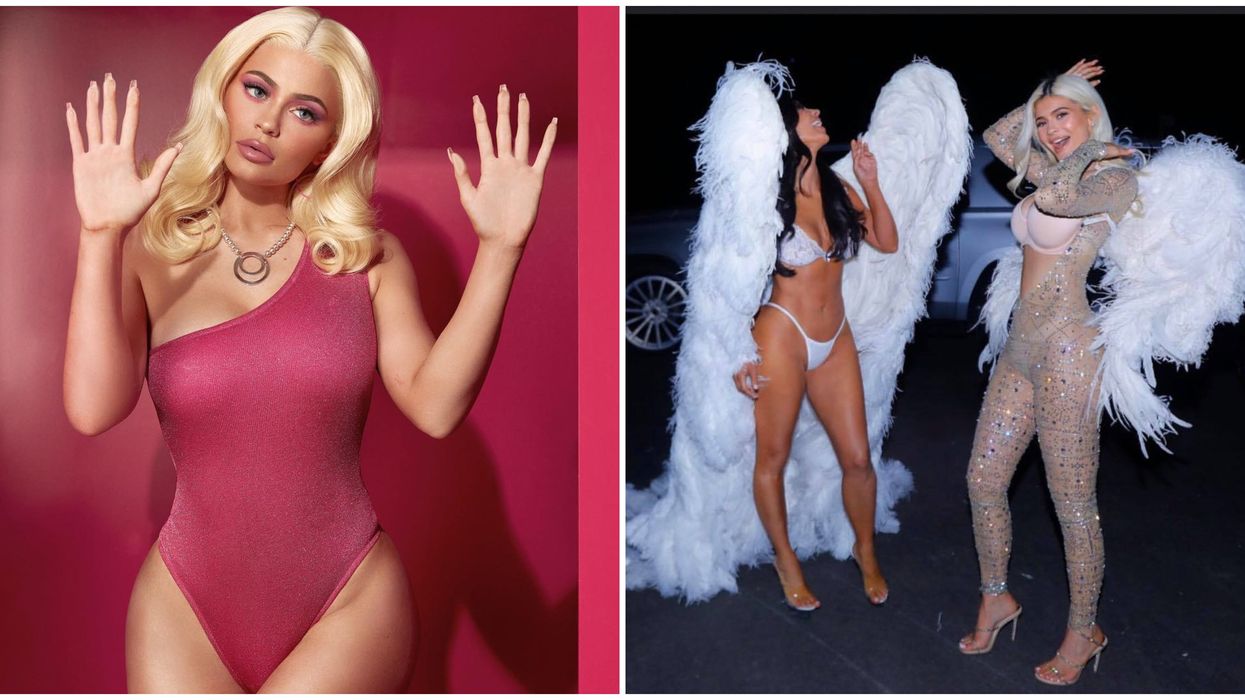 It's officially Halloween, which means our favourite celebs are going all out on their spooky Halloween costumes. One family that always goes all out for their costumes is definitely the Kardashians. No matter what, every year, this family makes it known that they have the best costumes on the internet.

While Kylie and Kendall may have gotten into the Halloween spirit early this year, the rest of the sisters waited until October 31st to post selfies of their best costumes this season. Let's take a look at all of the best costumes this year from the Kardashian/Jenner clan. Kendall was the first of the clan to dress up for Halloween. She went as "Fembot" from Austin Powers' Goldmember. We have to be honest, she killed that costume. She posted a ton of costume shots over the weekend of her super sexy costume. Last week, Kylie dressed up as a skeleton with baby Stormi. Then on Monday, the mommy-baby duo dressed up as matching butterflies and today, Kylie revealed a third and final costume - Barbie. She honestly killed it this year.

Later on in the evening, Kylie revealed a surprising fourth costume - her "Stormi Weather" look with baby Stormi. She had a specially designed cloud dress made and everything. Kylie definitely won the Halloween costume contest this year. Happy Halloween!!!! It’s our first Halloween together!!!! She’s too cute to spook!! (Don’t judge me, I have more costumes to post lol) 🦄🐼

Happy Halloween part 2 from Baby True 🐷🐑🐯 (I swear she loves dressing up!)

Khloe's had a laidback holiday. She's gotten in trouble during the holiday season over controversial costumes before, but not this year. She posted an adorable photo of herself and baby True dressed up as matching unicorns. She also posted another collection of photos of True dressed up as other animals. It's pretty adorable, tbh. Kourtney went for a low maintenance look earlier in the day. She decided to go with a smokey eye, cat ears and a spooky Instagram filter. According to her Instagram story, it looks like she had a chill day walking around a pumpkin patch with her kids.

Later in the evening, she dressed up as the one and only, Ariana Grande and captioned the second photo, "God is a woman" cleverly mentioning Grande's latest hit single. It wouldn't be Halloween without one big group costume. The Kardashians and Jenners dressed up as Victoria's Secret models and we're not entirely surprised. Apparently, they didn't get the memo that Halloween is the time of year when you're supposed to dress up as something scary - but to each their own. The Kardashian kids dressed up as Kanye West and Lil Pump from the music video, "I love it".