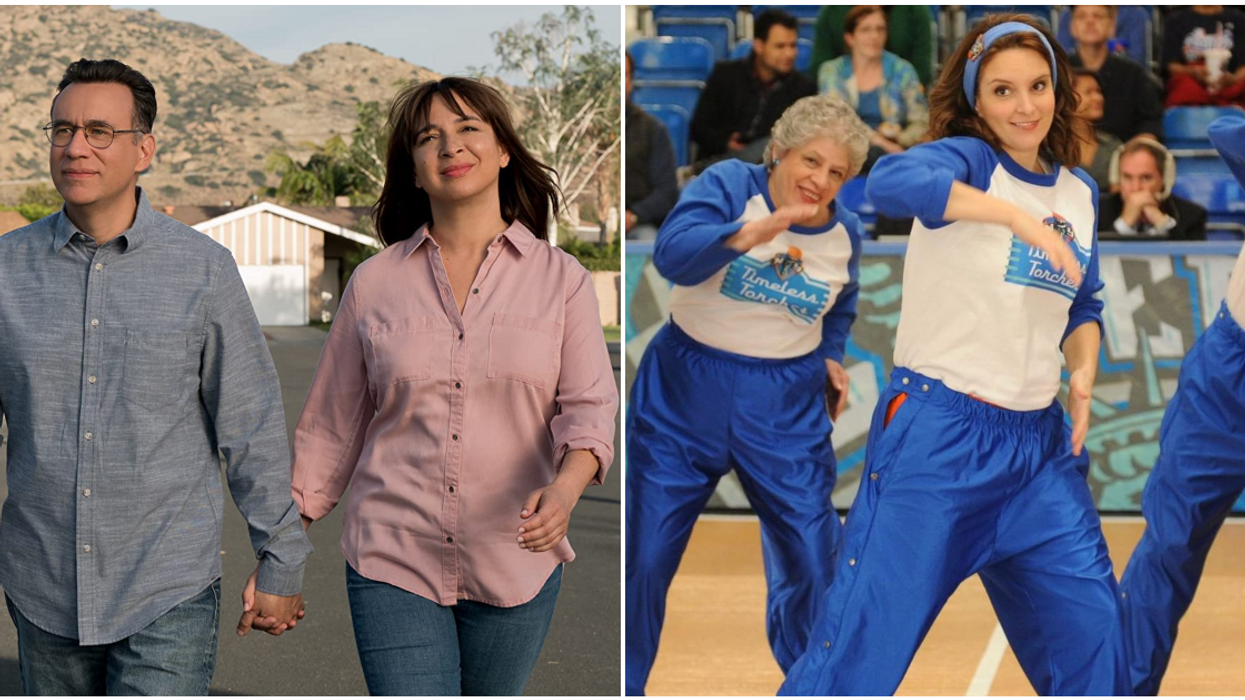 Attention sitcom lovers! These Amazon Prime shows like Schitt's Creek offer the perfect comfort binge-watch that will take weeks to get through. Lovable families, bickering coworkers, and hilarious BFFs are a great pick-me-up for when you're in need of a laugh or a hug.

The comedy series on the list will take you through seasons of laughable fun following characters that you'll fall in love with from the first episode.

Each show is better enjoyed with a friend and some popcorn. Pop on one of the many streaming service add-ons that let you enjoy Amazon Prime with your BFFs while hanging out alone together.

Looking for a quick watch? These Amazon Prime shows that you can binge-watch in one sitting are perfect for a couch potato day.

You can also look forward to May new arrivals on the streaming platform and some highly rated Amazon Prime Originals that are fan approved.

But first, get hooked on these 11 hilarious series that will give you the same warm fuzzy feelings as Schitt's Creek.

Newly widowed Nancy Botwin turns to selling marijuana in order to make a quick buck and keep up her lavish lifestyle for her and her two sons.

BFFs Will and Grace are the two peas in a pod that go through all of life's ups and downs together with a little help from their pals Karen and Jack.

Married couple June and Oscar have been living the same comfortable life together for years. When June recommends a new adventure to shake things up, they get more than what they bargained for after their ski trip takes a turn.

A group of employees working at a Cloud 9 superstore all come from different walks of life but go about their workdays as one big family. Demanding customers and even more demanding higher up bosses make their lives that little bit more difficult.

This rom-com anthology series follows a different love story in each episode that takes real-life inspiration from the Modern Love column in The New York Times.

3rd Rock from the Sun

So you love shows about families, but what about a family of aliens? The Solomans are placed undercover on planet earth to scope out human life and report back to their home planet, but have a slightly hard time fitting in with the real humans around them.

The quirky group of adult students at a community college tackle life inside and outside of school and end up forming a friendship that takes them on pretty wild and risky adventures.

Mockumentary lovers unite! Follow the staff who work in the Parks and Recreation Department for the city of Pawnee that have to deal with a lot more than angry neighbours while trying to improve their community parks.

Korean-Canadian parents Appa and Umma are running a convenience store in Toronto while raising their two adult children and learning how to adapt to the changing world around them.

A group of employees working on a sketch comedy show must find a way to function as one big team headed by an egocentric boss who drives the lead writer crazy.

This late 1980s classic bears quite the resemblance to the Rose family. Parents Al and Peggy are raising their son and daughter in suburban Chicago while struggling with money issues, a lazy housewife, and a hard-working but bitter husband.