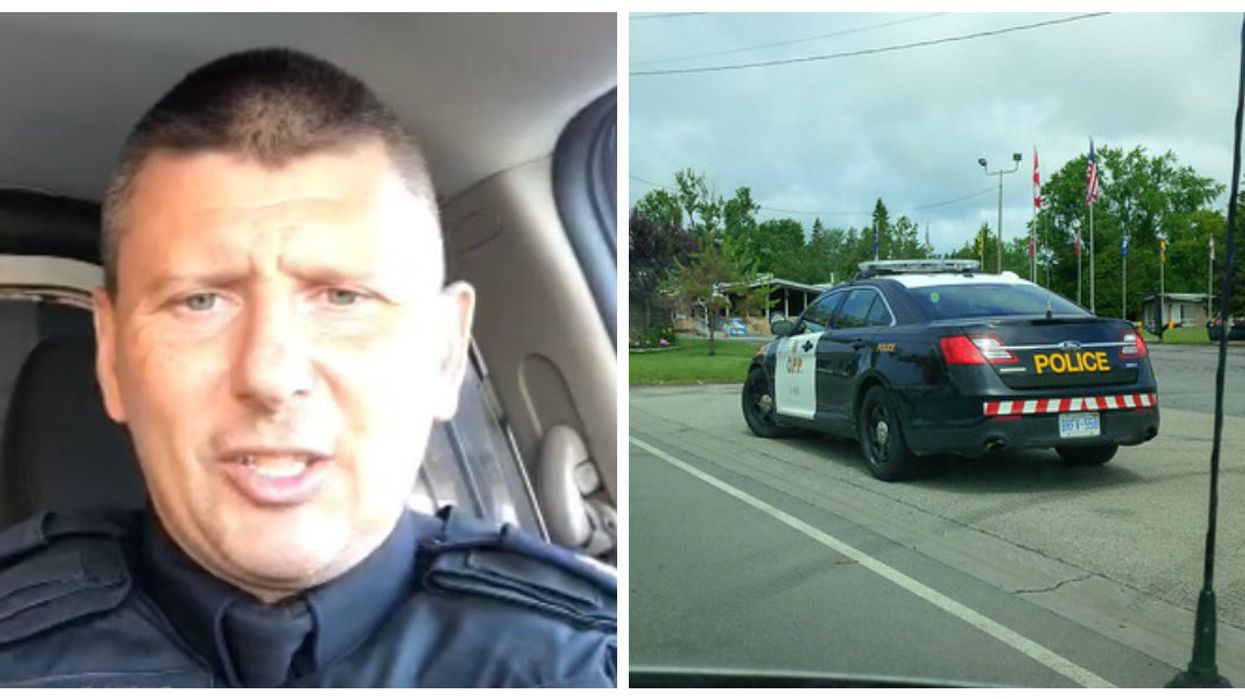 Another alert, another drama as we all heard about yet another spate of people calling 911 to complain of being woken up by emergency notifications. Yes, this is still happening. And, after all that bother, it turns out there's a really simple way to stop being bothered by an Amber Alert, Ontario Provincial Police Sgt. Kerry Schmidt has explained.

In a Periscope video shared live from his police cruiser on Thursday evening, Sgt. Schmidt explained that a literal touch of a button could solve a lot of the complaints.

Citing an example of a man who protested that he was woken up on four separate occasions by the same recent alert, Schmidt put it in simple terms: Put your phone on silent, or acknowledge the first alert you receive.

"If you don't want to get these types of alerts when you're sleeping, when you go to bed, put your phone on silent — it won't go off. When you wake up in the morning, you might see an alert there and you can acknowledge it.

"This gentleman got four alerts. I can probably tell him why - it's because he got the alert and did nothing about it. He didn't acknowledge it, and it will re-alert five minutes later. It will keep going and going."

Schmidt's advice comes after another wave of 911 calls followed an Amber Alert sent out for two missings boys and their grandfather. Thankfully, all three people were found.

Schmidt also went to lengths to emphasize that an Amber Alert is not just any emergency notification.

"There are criteria. We don't just haphazardly launch an Amber Alert when we have a missing child, or a wandering Alzheimer's patient, or anything that is suspect. (It's) for children under 18 who are in danger, have been abducted, and need to be located immediately, and there's information that we have that we can share with the public to get the public to assist us."

He continued: "Because the person was maybe abducted out of Toronto, someone in Ottawa sees (the alert) and thinks it's irrelevant — well, there's a very good chance that person could already be in Ottawa or very close. Or in Sarnia. Or in Thunder Bay. Who knows where this person could be?"

Schmidt added the idea that police want to wake up citizens from a deep sleep with the alerts makes no sense. "You're likely not going to be much of a benefit to us as an investigation unfolds if you're sleeping in bed. We're not trying to wake you up, we're trying to get the attention of everyone who is awake, is out in the community."

Of course, there's a tendency to believe the alert isn't for you, that you'll never be the one to see the relevant person or vehicle. Schmidt disagrees and implored people to keep their eyes open.

"Like winning a lottery, one day it's going to be you. One day, that alert's going to go off and you're going to read it and it's going to be whatever vehicle in front of you with the licence plate that matches and you will not believe it. At that moment, you'll call 911 and save the life of a child. Imagine the feeling that would be."