She called the snow "cold confetti"! 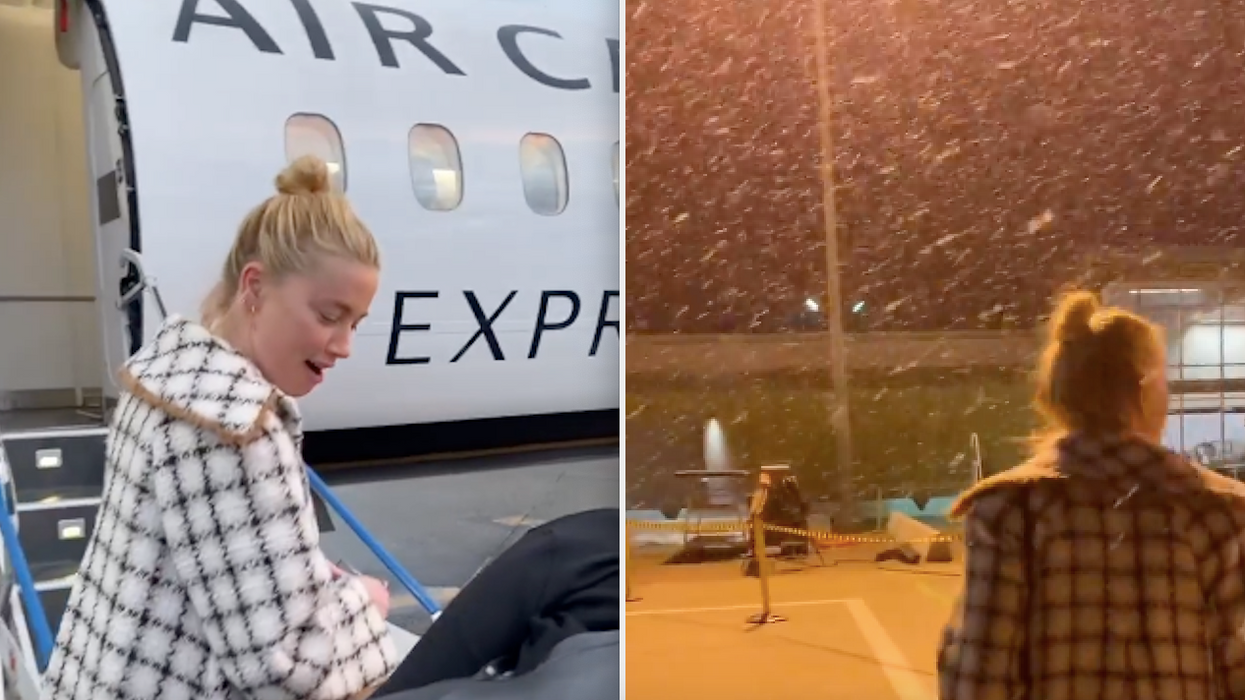 The actress has been on Canadian land filming a brand new drama series for the past few months. Production on the show has mainly taken place in the Vancouver area where some lucky fans have caught shots of it. But that wasn't what she was doing over the weekend because Amber Heard's Kamloops trip had her fly on a tiny Air Canada jet to get there.

The Aquaman star shared a series of videos on her Instagram story about her flying experience.

As she was walking on the jet, Heard said "it's so small" with a look of fear on her face. Once she was on, she shared where she and her team were headed to.

On the very small plane, Heard makes a joke about her "new show" titled "Journey to Kamloops" where she says she is "the star of all the shows."

In the video, she jokingly tells the camera, "We're on our way to Kamloops, it's an exotic land, and here's art, look at the dew drops on the window and the sunset."

After she got off the plane, she excitedly said, "Look at this stuff! It's like cold confetti" while walking through a flurry of snow.

According to Environment Canada, Kamloops had a mix of clouds and light snow during the nighttime when the actress arrived.

Heard has been in Vancouver since September 2019, per What's Filming. She will star in an upcoming series based on a  Stephen King novel and production is set to end on March 11.

The show is based on King's 1978 post-apocalyptic horror novel called The Stand but the name of the series is reportedly called Radio Nowhere.

Back in November, a few passersby caught photos of the gruesome-looking props that included a (fake) dead horse, a hanging man, and a crashed taxi on the set meant to imitate New York City.

Heard posted a shoutout to Vancouver on Instagram when she first arrived for filming. She wrote, "Hey Vancouver!! I’m totally smitten with you (ok sorry no more puns I promise)."

It's unclear whether she's in Kamloops for more filming on the new series, or for a fun B.C. getaway.

The show is set to premiere sometime in 2020.