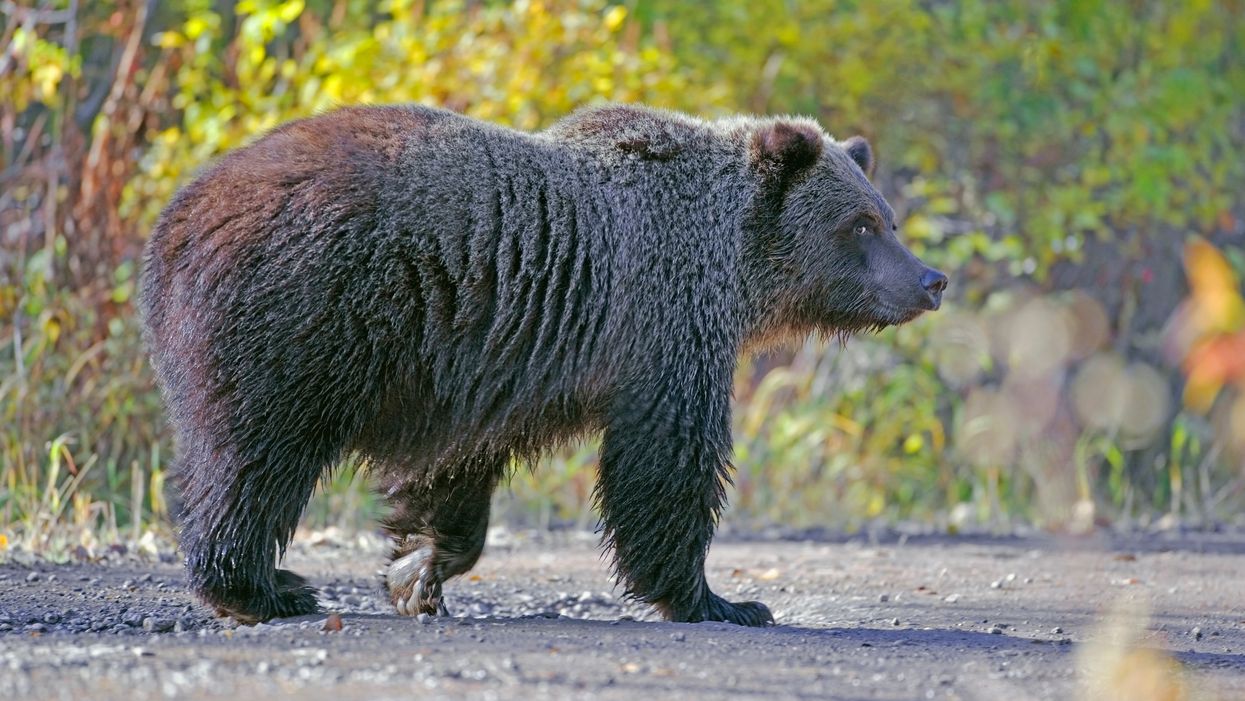 It was a terrifying close call for a duo after an American couple had to be rescued in the Northwest Territories after a grizzly bear destroyed couple's canoe. As a result, the couple was stranded overnight, with the bear still in close range.

According to a press release by the RCMP, two people had an unplanned bear encounter during a canoe trip in the Northwest Territories.

On Sunday, July 14, 2019, RCMP in Yellowknife received a report from the International Emergency Response Coordination Center (EIRCC) that a couple was stranded in the area of Hanbury Lake — about 480 km east of Yellowknife.

The man and woman were visiting from the U.S. with the purpose of indulging in a canoe trip. Little did they know, that it was about to go horribly wrong.

According to the report, the couple arrived to their canoe only to see a grizzly bear completely destroying it. While the visitors watched in horror, they managed to stay clear of the wild animal while waiting for rescuers. Thankfully, they were able to communicate their coordinates to the EIRCC — but they weren’t entirely in the clear.

On Monday, a helicopter with two officers located the couple and the bear. According to the report, the bear was still onsite by Monday and still a threat to the campers.

The aggressive bear was killed as a result of the incident. The campers, on the other hand, were brought back to Yellowknife safely.

"The travellers were well prepared and had planned to bring a communication device with them on their trip, which definitely helped them with their misadventure. We can't stress enough the importance to be prepared when venturing in the wilderness as anything can happen, like wildlife encounter" states Staff Sergeant Yannick Hamel, Operations Manager for Yellowknife RCMP in the release.

It has been one crazy year for bear encounters. Earlier this year, a Canadian woman was saved by her pitbull from a bear attack. She managed to capture a lot of the encounter on video and it is absolutely terrifying.

While this was a scary encounter, not all the bear sightings this year have been this extreme. Not long ago, an adorable black bear was caught showing off his impressive leaping skills in a backyard in Canada. In this instance, the bear was caught on camera jumping from the edge of a man's deck to a tree.

Following this event, a different black bear was caught on surveillance footage walking right into a busy restaurant in Alberta. The bear's stay was brief and he never did get his take out.