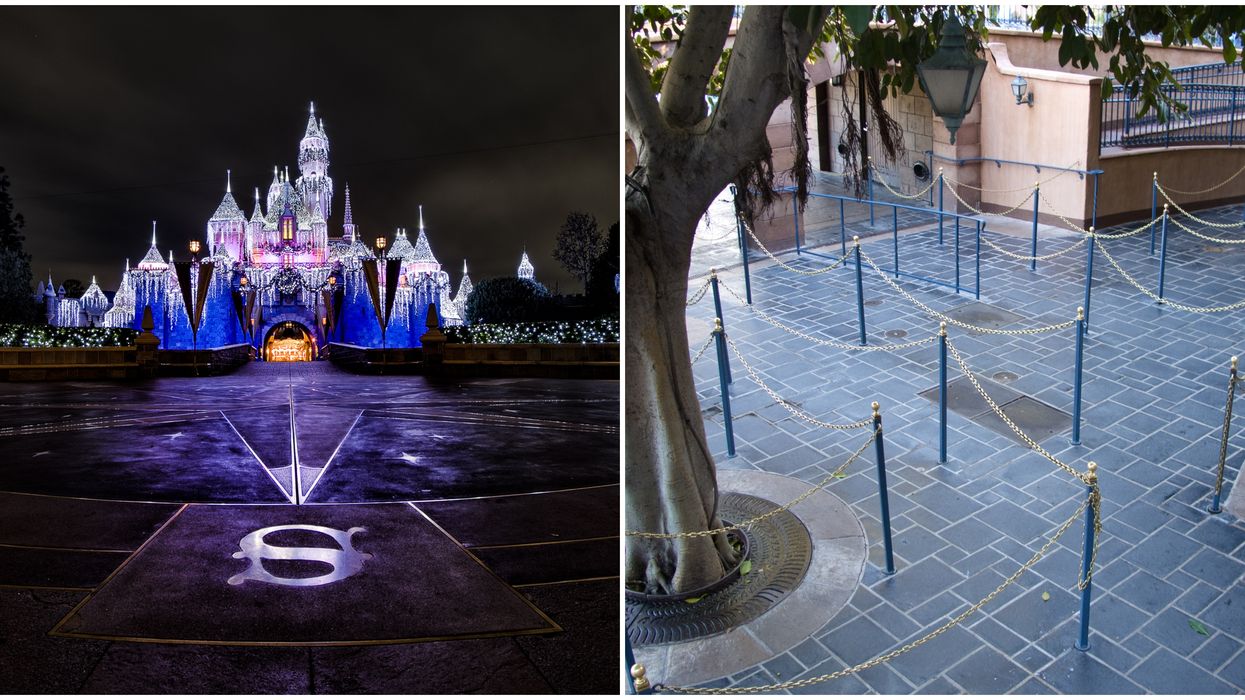 The Happiest Place on Earth announced its temporary closure on March 12, closing its gates to the public. If you have ever wondered what one of California's most popular attractions looks like when it's shut down, now is your chance to see. This aerial footage shows an empty Disneyland - and it's actually pretty creepy.

ABC7 News took a nearly one-minute tour above the park and the video shows it looks like a total ghost town.

The scene starts by showing the normally packed Sleeping Beauty Castle Walkthrough without a single soul in sight.

And while the park is normally alive with the sounds of laughter, wild screams of guests on rollercoasters, music, and parades, the video is hauntingly quiet.

Panning shots in front of the Disneyland Railroad shows the absence of lines.

Goofy isn't walking down the street and there's no hustle and bustle of people munching on popcorn or slurping a Dole whip from the Tiki Juice Bar in Adventureland.

Even Main Street looks like the scene of an apocalypse thriller.

While guests once waited overnight for Star Wars Rise of the Resistance ride to open - just for all the tickets to be handed out in six minutes. There's no wait now.

One of the most spectacular scenes shows the Matterhorn in all its glory sitting with the silent bobsled tracks and an Abominable Snowman inside who's been put into an indefinite state of hybernation.

After California's stay at home order was issue on March 19 by Governor Gavin Newsom, even the streets near the Anaheim park have become shockingly clear.

Vox reported all Disney parks worldwide were shut down as of March 16. Since the parks are closed, Disney has announced they will put all annual passholder payments on hold as of April 5, 2020.

* The cover photo was used for illustrative purposes only.