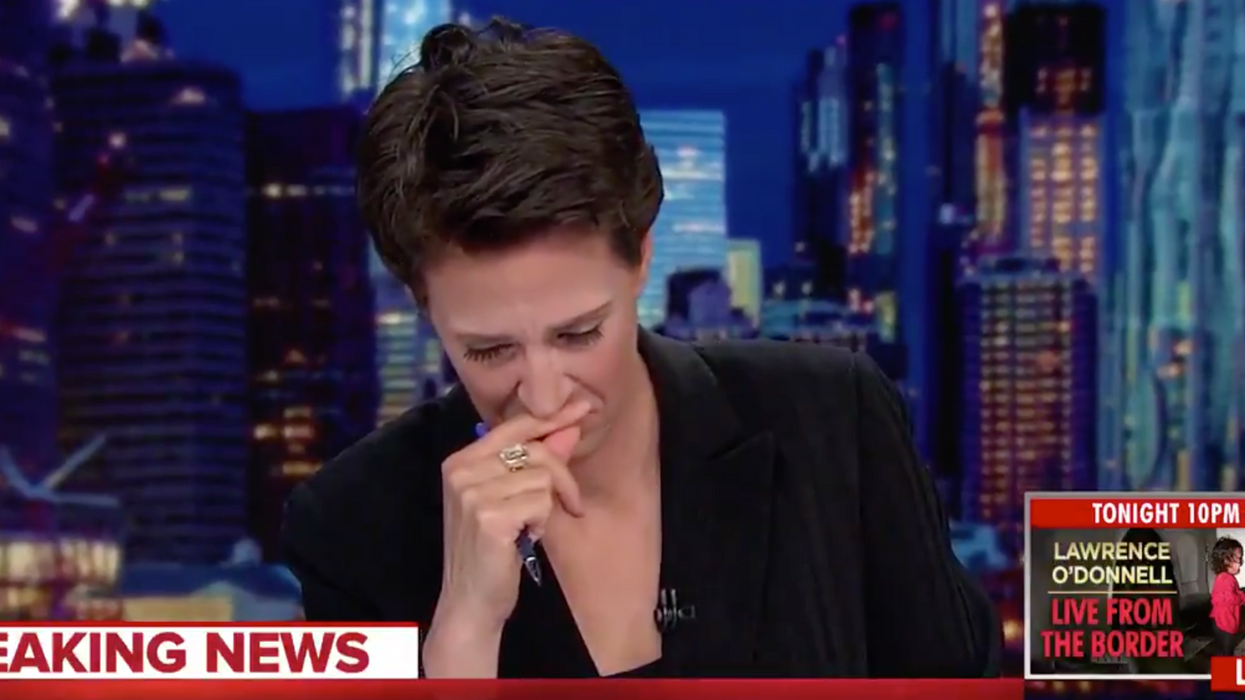 By now we’re sure that you’ve heard of the new Trump administration policy of “zero tolerance” for people entering the U.S. illegally.

Part of that policy involves separating children from their parents, a move that has sparked outrage across the world since it came to light recently.

Last night it all became too much for MSNBC host Rachel Maddow, who broke down in tears and had to abruptly end her segment while talking about it. Maddow was reporting about a new piece of information about the “zero tolerance” policy which just became known last night.

The new info says that there are 3 Texas facilities are currently in operation that are holding hundreds of crying babies and toddlers.

It was too much for Maddow to report, at one point she asked her team to put up a graphic so that viewers could read the information themselves and give her a chance to collect herself.

Unfortunately the news was so new that the team told her that they didn’t have a graphic ready yet.

Maddow tried to read the information but couldn’t as she was completely overcome with emotion.

“I think I’m going to have to hand this off. That does it for us tonight,” she said with her voice cracking.

You can see the full clip below.

Rachel Maddow chokes up and cries on air as she struggles to deliver news that migrant babies and toddlers have been sent to "tender age" shelters pic.twitter.com/O6crm8cvyR

Maddow also sent out a tweet after going off the air apologizing for what happened.

If nothing else, it is my job to actually be able to speak while I'm on TV.

What I was trying to do -- when I suddenly couldn't say/do anything -- was read this lede: