"Thundersnow" is in the forecast for Ottawa. 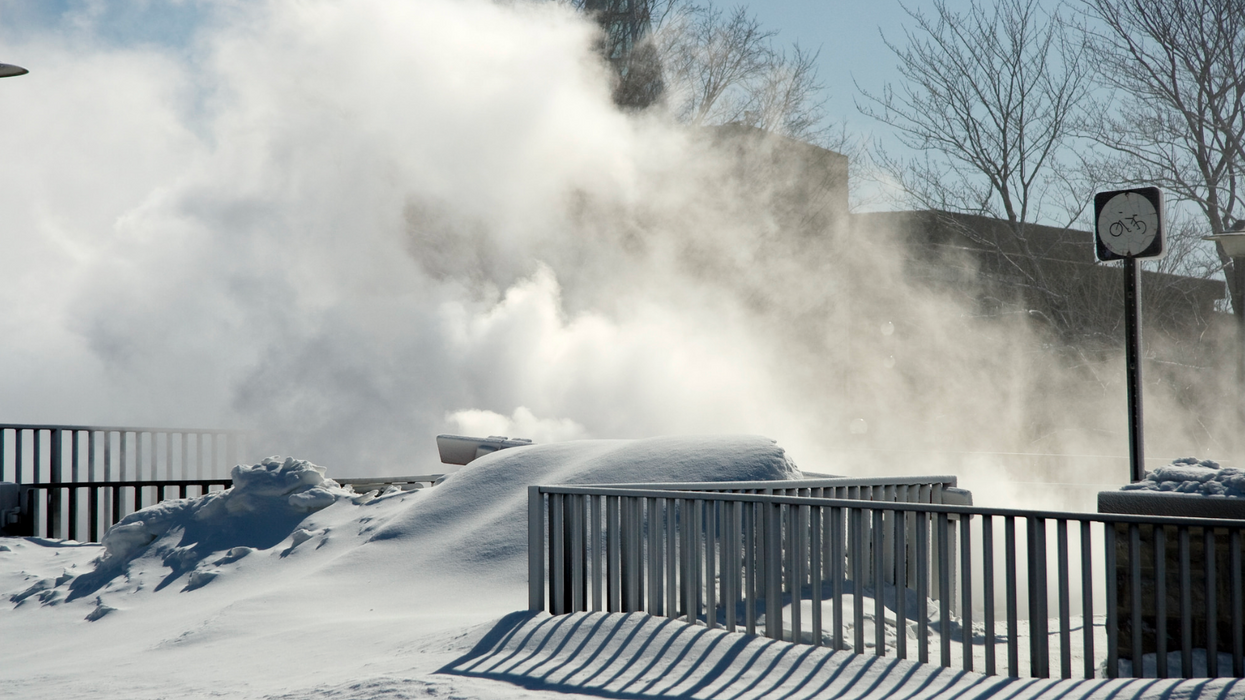 A weather forecast from this morning has many Canadians wondering if we will make it out of this winter season alive. The mysterious weather phenomenon, called thundersnow, is forecasted for Ottawa today and it has a lot of people really curious - and nervous.

Thundersnow sounds like it's straight out of the Canadian apocalypse or something, but rest assured, it is just a slightly wild weather phenomenon. Just like a regular thunderstorm, thundersnow is the result of moisture meeting unstable air, like a cold front. With lots of moisture in the air in Ottawa and a cold front on the way, the conditions are just right for this kind of storm.

Now the difference between your average thunderstorm, which usually happens in the summer in Canada, and thundersnow is the type of precipitation. While we are used to heavy rain accompanying thunderstorms here, as you may have guessed with thundersnow, instead of rain falling from the sky, it's snow instead.

If you're in Ottawa right now, you may get a chance to experience this wild weather soon. An intense cold front was forecasted to move into the air bringing with it some actual thundersnow right around noon today. This forecast, however, also brought lots of questions to the people of Ottawa.

After the mysterious warning of thundersnow was posted on Twitter early this morning, the people of Ottawa were sent into a Twitter frenzy trying to figure out what thundersnow is and they came up with some pretty creative ideas.

Even Siri, Apple's artificial intelligence that's supposed to know everything, couldn't figure out what thundersnow was.

Even Siri is confused... pic.twitter.com/51lXQzVFtX

Some people agreed that this definitely sounds straight out of some weird winter apocalypse situation.

It's the heralding of the Four Horsemen of the Apocalypse. First is Conquest, then War, Famine, and finally, the Leafs winning the Cup.

A large majority of people also now have the ACDC song "Thunderstruck" stuck in their heads, but with slightly different words.

Perhaps a snowstorm with possible thunder,all I hear in my head now is AC/DC’s Thunderstruck as THUNDERSNOW!

While all those are great suggestions, the thundersnow is just a "normal" weather scenario. It is rare though. If the thundersnow happens today it will be the first time in over 20 years. The last official reported thundersnow hit Ottawa in February of 1997.