This weekend is gonna suck, guys. 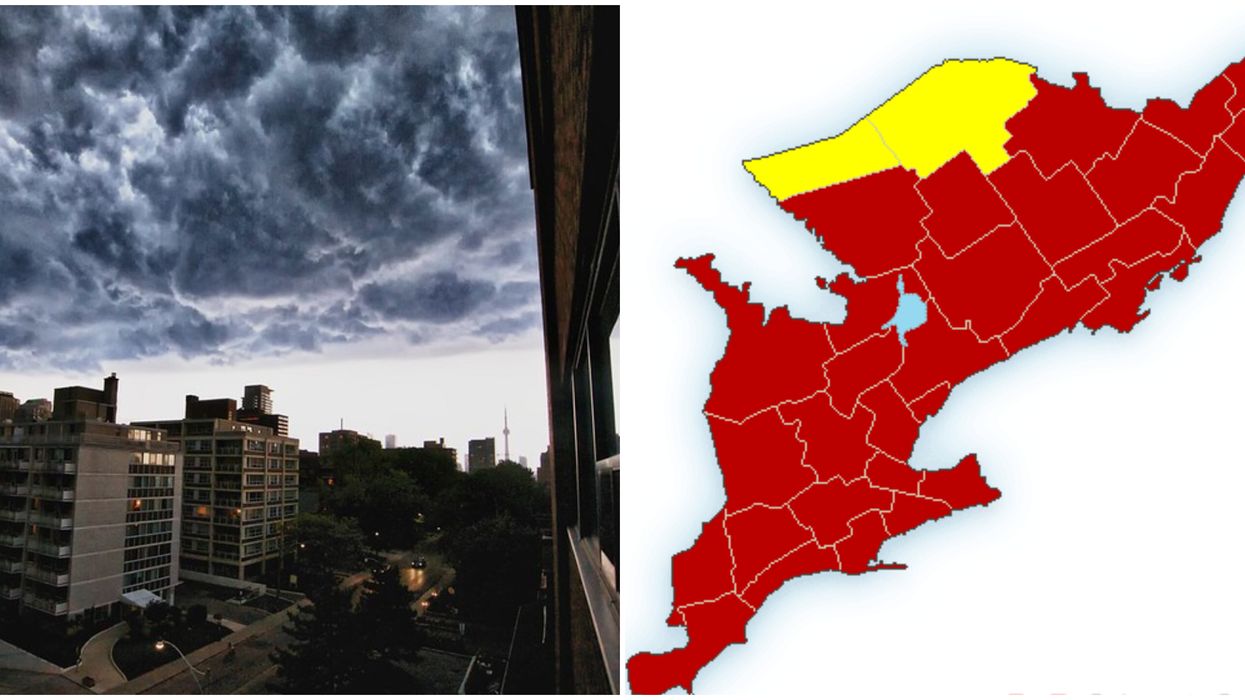 Right now might be a good time to just stay indoors. An Ontario storm is making its way overnight on Jan. 10 and it's going to hit hard. A rainfall or freezing rain warning is currently in effect for the entire southern Ontario region.

According to The Weather Network, the rain is expected to be ridiculously heavy at some parts overnight on Friday and into the weekend.

Some parts of Ontario are expected to be hit with record-breaking rainfalls which will see more than a month's worth of rain in just a few hours.

Unsurprisingly, as a result, flood warnings are also in effect for the GTA. So, if you plan to head into the outdoors, make sure to be prepared.

In fact, the chance of severe flooding is so real that the City of Toronto tweeted an advisory on Friday evening of how to avoid your basement becoming a pond.

According to TWN, there's a chance that the rain might transform into freezing rain starting on Saturday evening since temperatures are set to fall down to around zero degrees.

As if all that rain and freezing conditions weren't enough, 80 km/h winds are expected by Sunday morning.

According to Environment Canada, over towards Ottawa, the rain warning is joined by a special weather statement warning of hazardous conditions caused by the precipitation flash-freezing.

Absolute mess in store for southern #ONwx this weekend. If you can avoid travel do so. Stay home in your finest swe… https://t.co/jqun4f7tyl
— Brad Rousseau (@Brad Rousseau)1578698685.0

"Rainfall and freezing rain warning, winter storm watch and special weather statement in effect for Ontario South. The rain is expected to turn over to freezing rain and ice pellets by Saturday evening then to snow later Saturday night," reads a tweet by 511Ontario.

According to Global News meteorologist Anthony Farnell, power outages and fallen trees could be possible, especially in the areas where there's a higher chance of 15 millimetres of rain.

Talk of a messy storm in Toronto has been brewing for weeks now although its magnitude could not have been determined.

Rain, ice, and high winds it is, then.

Toronto and the rest of southern Ontario should be bracing itself, because it sounds like it's going to be a big one.

So, make indoor plans, grab a blanket, and we'll see you on the other side.