But is that a good thing? 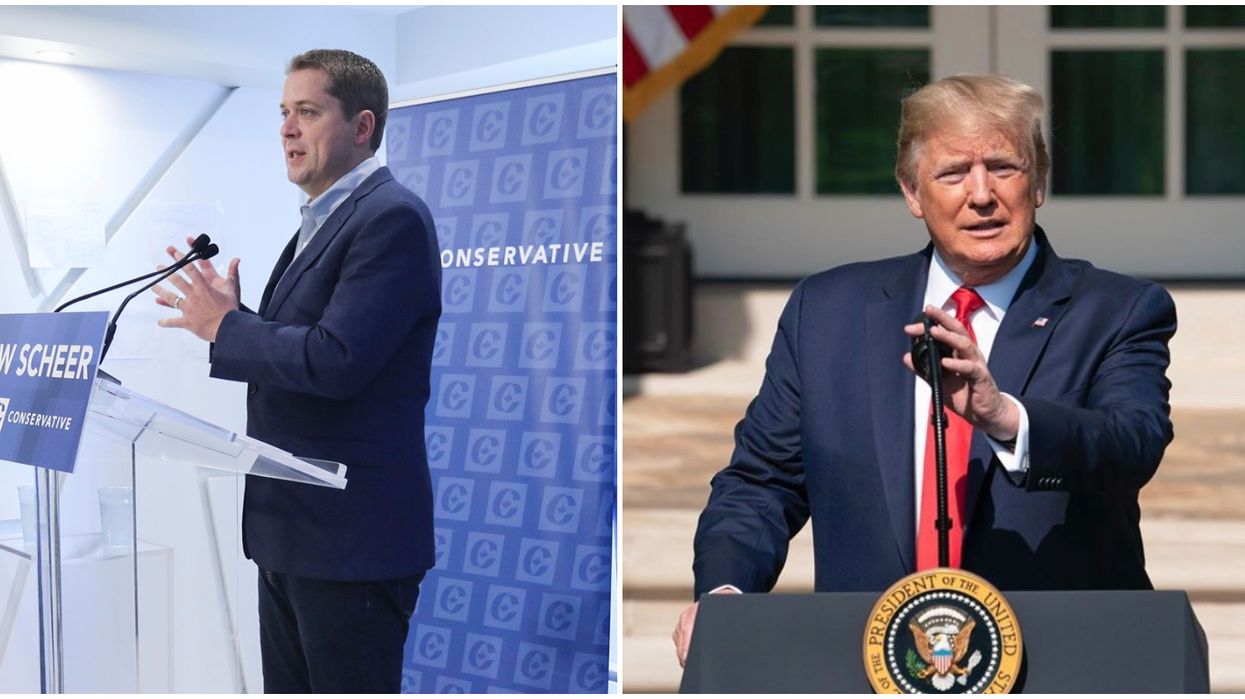 With the Canadian election getting closer every day, there are plenty of issues on voters' minds, including climate change, electoral reform, and the economy. However, one issue that may also play a role in the election is how Canada's future Prime Minister will work with the President of the United States. Canadians think that Andrew Scheer and Donald Trump will work together the best, according to a new poll.

Mainstreet Research conducted the poll for iPolitics in which 2,463 people were surveyed by phone between July 30 and 31. The results were loud and clear. While 35.7 percent of Canadians believe Justin Trudeau would best represent Canada on the world stage, 39.4 percent believe that Andrew Scheer would work best with the Trump administration.

Quito Maggi, president and CEO of Mainstreet Research, said in a statement that "Canadians likely see a slightly better ideological fit with Andrew Scheer and the current U.S. administration so that is what is driving these numbers."

The real question is whether that's good for the Conservative leader or not. In an opinion piece for The Globe And Mail, former director of communications to prime minister Paul Martin Scott Reid wrote, "For Canadian voters, Mr. Trump’s existence is of universal relevance and decisive significance." He also notes that Scheer's experience with mediation and similar politics could be a benefit in dealing with Trump.

Scheer has already drawn unfavorable comparisons to Canadian politicians like Doug Ford. While his supporters might want him because of the relationship he would have with Trump, it might be a shaky proposition.

This comes as the Conservatives see their most likely path to victory ending with a minority government. As of Aug. 26, the CBC poll tracker puts the likelihood of a Conservative minority at 24 percent. If that ends up being the election result, without support from the NDP or Liberal parties, dealing with Trump might be out of Scheer's hands anyway.