Elizabeth May had spot on predictions with this election. 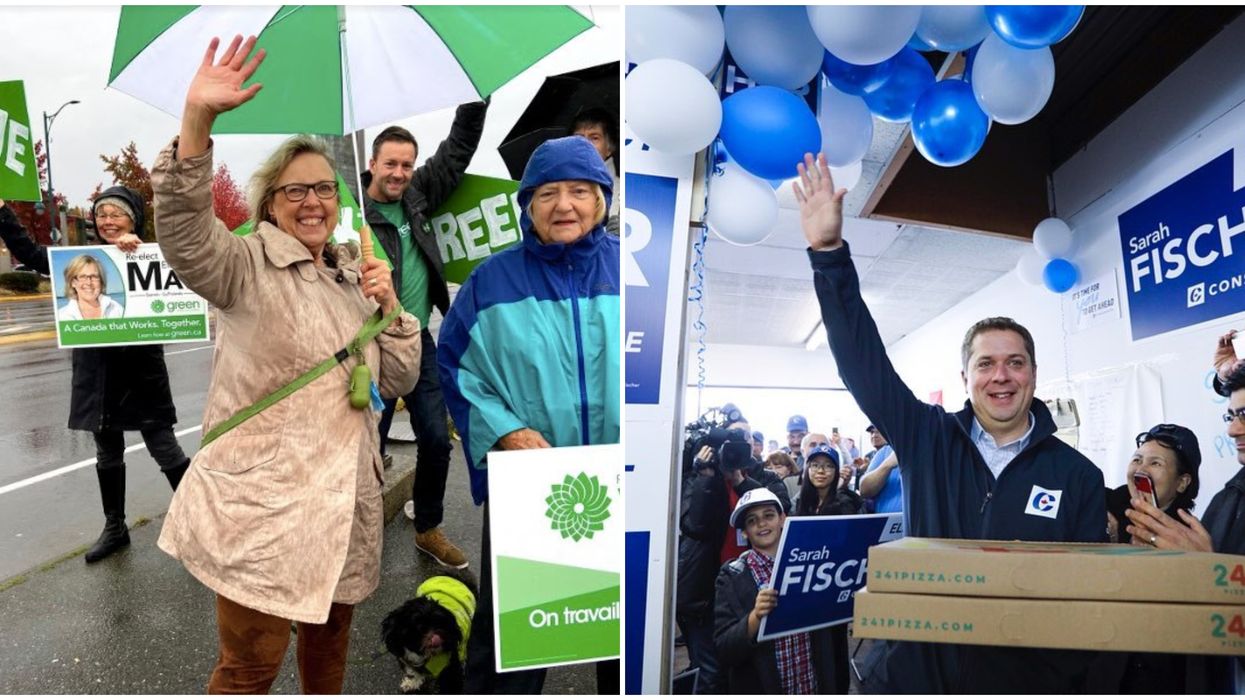 After a long month and a half of campaigning and debating, the 43rd Canadian Election is finally over. The Liberals have walked away with a minority government and it's actually a result that one leader more or less saw coming. In one of the debates, Elizabeth May predicted that the Conservatives wouldn't win the election. But she did more than predict, it turns out that Andrew Scheer and Elizabeth May's election bet was another loss for the Conservatives last night.

During the English language leaders debate, all the party leaders were throwing out great one-liners and Green Party leader Elizabeth May was no exception. At one point while debating with Andrew Scheer, May said, "Mr. Scheer, with all due respect, you’re not going to be prime minister."

Of course, Scheer responded saying that he was going to prove her wrong, to which May replied: “I’ll take bets on it right now!” And that's exactly what she did.

At her victory party last night, Elizabeth May revealed in her speech that immediately after the English debate, she made an election wager with Scheer about whether or not he'd be the prime minister. She joked last night that now it's time to pay up.

Green Party Leader Elizabeth May joked that Andrew Scheer owed her "fifty bucks" after she predicted he would not f… https://t.co/Ucki4KIYS6
— Globalnews.ca (@Globalnews.ca)1571744020.0

In celebrating the Green Party's win of three seats, Elizabeth May also celebrated in her speech saying "the good news is Andrew Scheer owes me 50 bucks."

Elizabeth May went on in her speech to congratulate Scheer and her other opponents saying, "Congratulations to the leaders of the other parties on their results."

The wager with Andrew Scheer wasn't the only election prediction Elizabeth May got correct leading up to the election. Earlier this week, May also predicted the minority government saying "the point is right now we're looking at a minority Parliament. What you want is members of Parliament who know how to co-operate across party lines and deliver good results. A minority Parliament gives us the opportunity to actually deliver on what is needed."

This prediction was shared by many pollsters, as CBC's aggregate poll, which uses all publicly available polling data in Canada, also predicted a minority government well ahead of Monday night's results coming in.

While Elizabeth May directly called out Andrew Scheer for losing the bet last night, it is yet to be seen whether she actually wants the Conservative leader to pay up.