His views certainly got Canadians talking. 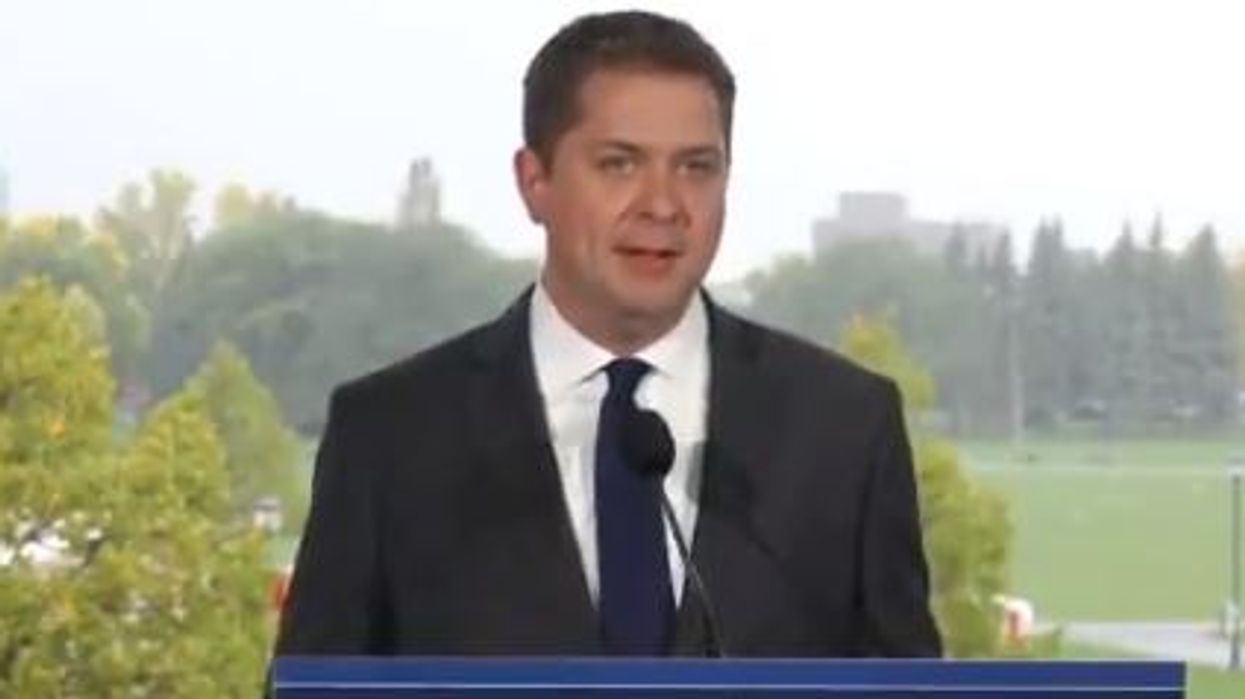 Friday, September 27 was a day when thousands upon thousands of Canadians joined together in the name of environmental progress. But an Andrew Scheer climate change speech is causing a stir online after he made a campaign stop in B.C. Scheer announced the Conservative government would make spending on infrastructure to reduce traffic times a priority, including widening roads. His logic had people on Twitter confused and concerned about his plans to address the issue.

Especially on a day like today, plans to combat climate change are undoubtedly a contentious issue for Canadians. While other party leaders marched alongside thousands of Canadians today, Scheer chose to opt out of attending any marches, a move which garnered a lot of criticism.

Instead, he made a campaign stop in Coquitlam, B.C. The topic of climate change inevitably came up. According to BNN Bloomberg, the projects Scheer said he would use federal dollars towards are the George Massey tunnel replacement project in B.C, subway extensions in Toronto, and a third crossing of the St. Lawrence River in Quebec City.

According to MacLeans, Scheer stated that doubling the George Massey tunnel's capacity would help reduce carbon emissions. "When you have a tunnel that does not have the capacity to handle the number of motorists who use it, that means there are huge backlogs and lots of time spent idling or moving very slowly, that leads to higher emissions," Scheer explained.

Judging by the reaction online, however, Scheer's approach had plenty of people confused on Twitter.

"What utter boobery is this?" asked one Twitter user.

Today Canadians participated in the climate strike (in Montreal, the strike was the largest protest of any kind in… https://t.co/QPp06BrTE1
— Matto Mildenberger (@Matto Mildenberger)1569622260.0

Although a lot of people seemed dumbfounded by Scheer's logic, some are on the other side of the issue and believe this might be a good idea.

One Twitter user, for instance, suggests that it does actually help clear up the congestion on the roads. Another explains that logically, it means less cars idling in traffic.

A statement given to Narcity on Friday today by a representative of the Conservative party stated: "Conservatives understand the desire to protect and conserve our environment and reduce emissions. We know that Canadians are frustrated with Justin Trudeau's lack of action, and we support Canadians' desire for action on this important issue."

That may be the case, but it didn't stop some from making a joke out of Scheer's statement.

Humour aside, clearly, there are people who are confused about what Scheer is proposing.

Whether or not you agree that widening roads and increasing infrastructure would help the climate, it can't be denied that climate change is one of the hottest issues for Canadians right now with less than a month until election day.