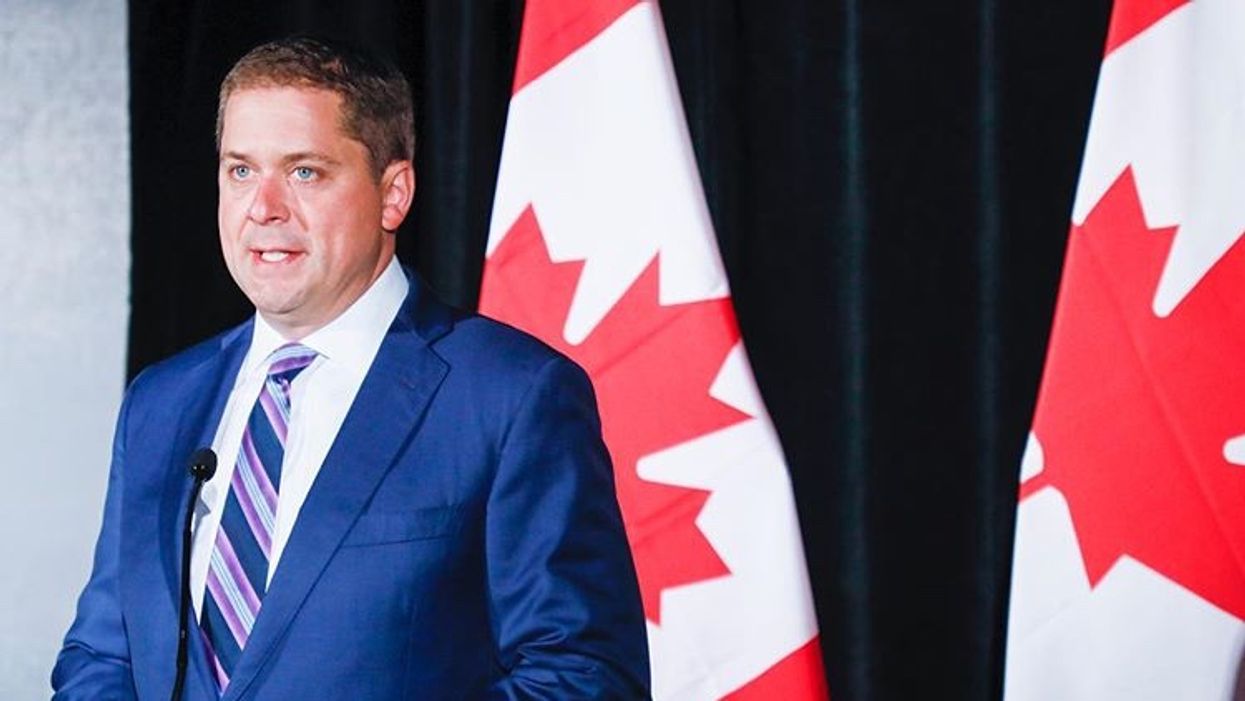 It has been a whole week since an old video resurfaced on the internet, of Conservative Party leader Andrew Scheer openly speaking out against same-sex marriage. Since then, despite doing his level-best to ignore the whole controversy, Scheer has been repeatedly called upon by the public and fellow politicians alike, to make his official stance on the matter clear. This afternoon, when the pressure literally reached boiling point, Scheer finally made his position on same-sex marriage known.

Last Thursday, a video surfaced online from 2005, showing party leader Andrew Scheer talking openly about why gay marriage should not be legalized in Canada. Naturally, the clip quickly went viral, and Scheer was widely condemned Canada-wide for his apparent homophobia. After the Conservative Party stepped in and made everything considerably worse, calls for Scheer to either apologize or make his stance on the matter clearer came in thick and fast, with thousands of Canadians calling on Scheer to say something, literally anything.

Today, after seven long days of silence, Scheer has finally spoken up about the video. Addressing the media in a conference, and looking uncharacteristically nervous, Scheer spent the first five minutes of his speech trash-talking Trudeau, only touching on the 2005 video to note it was published by the Liberal government to “dredge up divisive social issues.” Scheer went on to note that the re-publicization of the video simply had the aim of dividing and distracting Canadians, before going back to trash Trudeau a little more.

Because Scheer still failed to clarify his position on a number of issues during his speech, including abortion and same-sex marriage, a reporter asked him to be clearer, and asked him to elaborate on whether his government would make any changes to current legislature.

In response, Scheer argued he’d “always been very clear” on the matter, and confirmed that the Conservative government would not “reopen these divisive social issues.”

While he did explain that Conservative MPs do have the right to speak out on social issues, he promised “Canadians can have confidence that these issues will not be reopened under a future Conservative government.” Scheer concluded by noting this whole thing was the fault of the Liberals, who are attempting to "distract from their own failed record."

To be a leader for all Canadians, the Conservative Party leader should now end his lifelong boycott of Pride events… https://t.co/2otVvYytZT
— Ralph Goodale (@Ralph Goodale)1566480659.0

Scheer’s comments come on the same day that Liberal MP, Mélanie Joly, publically called him out on his recent media-avoidance. Joly tweeted, “Andrew Scheer has avoided the media for 8 days. He was caught saying different things to different people.” She drew attention to Scheer’s equally unclear stance on abortion, noting that he’d previously promised a free vote on any abortion issues raised by Conservatives in his caucus.

"While some Conservatives say the abortion debate is closed, this new video proves Scheer tells anti-choice activists the opposite," Joly wrote.

This ran alongside the week-long persistent calls for Scheer to make his opinion on same sex marriage clear, after he was accused of refusing to directly answer questions about the issue, and is yet to march in a single Pride parade in Canada.

It’s worth noting that, with the federal election now only 52 short days away, Scheer needs as many people as possible on his side, particularly after the 2005 video caused Conservative supporters to turn their back on him.

With the aftermath of this drama, alongside the SNC-Lavalin Trudeau scandal, it’s anyone’s guess who will be next to make a potentially monumental, career-ruining error. Isn’t it fun to watch?