Andrew Scheer Has Been Dodging The Media & Abortion Questions For Days

He's already expressed his views on the topic back in 2017, though. 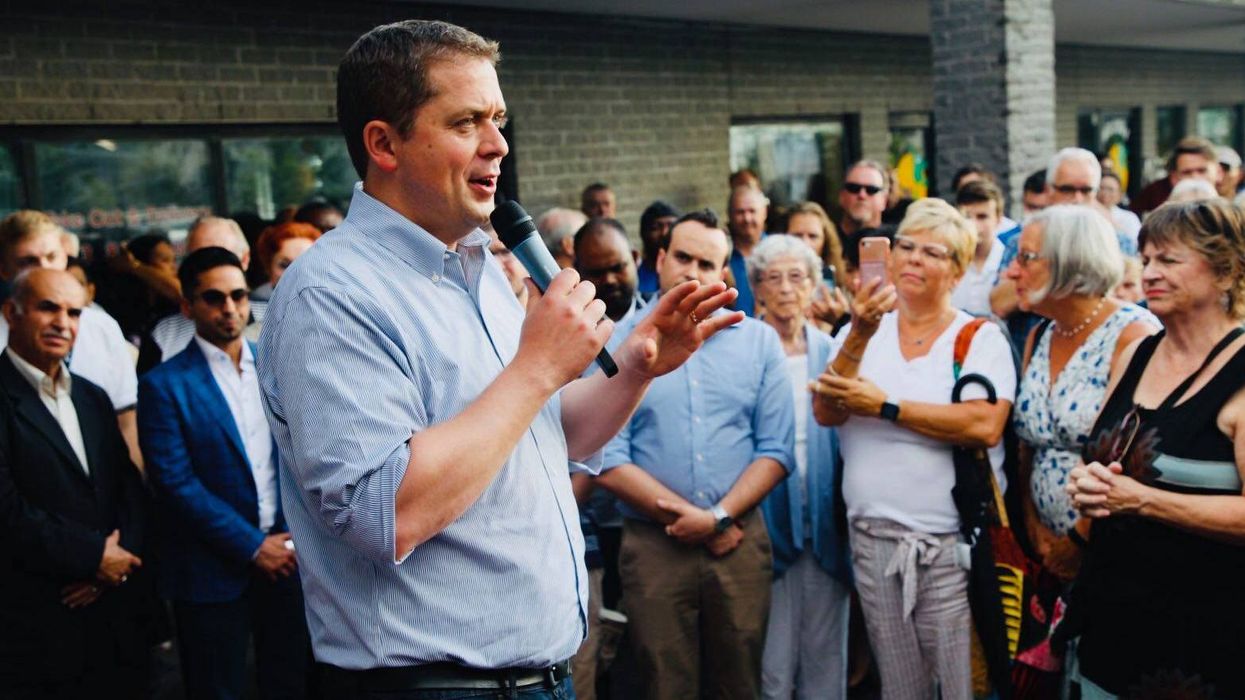 Conservative Party leader Andrew Scheer has been noticeably absent from the media for the last eight days. That might be because new questions about his stance on abortion have been circulating. Another questionable video has been brought to light concerning a 2017 Andrew Scheer interview with a pro-life organization.

Mélanie Joly, the Liberal for MP Ahuntsic-Cartierville, tweeted a clip from Faytene.tv on Aug. 29 in which Scott Hayward, a member of Canadian pro-life group RightNow, says that Andrew Scheer had promised a free vote on any abortion issues raised by Conservatives in his caucus, including Cabinet Ministers.

The interview Hayward mentioned was conducted in 2017 after Scheer won the Conservative leadership race. In it, Scheer stated, "I’ve always voted in favour of pro-life legislation." He continued, saying, "I can assure you that I support the right of individual MPs to speak out and bring, introduce matters that are important to them."

The interview, and Scheer's specific views on the issue, came back into the election after Conservative MP Alain Rayes mistakenly told new candidates that the abortion issue would not be brought up by the Conservative Party.

However, as Scheer's comments indicate, and as Alain Rayes has had to clarify, Scheer has only said that his Cabinet would not reopen the debate. Conservative members of Parliament would still be allowed to introduce their own bills for free votes. Oddly enough, Scheer had said in a 2018 interview with CPAC, "We're the party that's saying we're not going to divide Cdns on these social issues."

Andrew Scheer on Conservatives' policy debate re: legislating abortion: "We're the party where people are free to… https://t.co/UJ2TMsBiDh
— CPAC (@CPAC)1535210819.0

RightNow's mission, as stated on their website, is "to nominate and elect pro-life politicians by mobilizing Canadians on the ground level to vote at local nomination meetings, and provide training to volunteers across the country to create effective campaign teams in every riding across Canada."

This all also comes on the heels of a resurfaced tape where Andrew Scheer expresses his own socially conservative views on gay marriage. He may have to answer some hard questions when it comes time for the first leaders' debate, set to take place on Sep. 12. The first official English-language debate is slated for Oct. 7.