Conservatives Might Be Shopping For A Scheer Replacement Already

It could be former minister Peter Mackay. 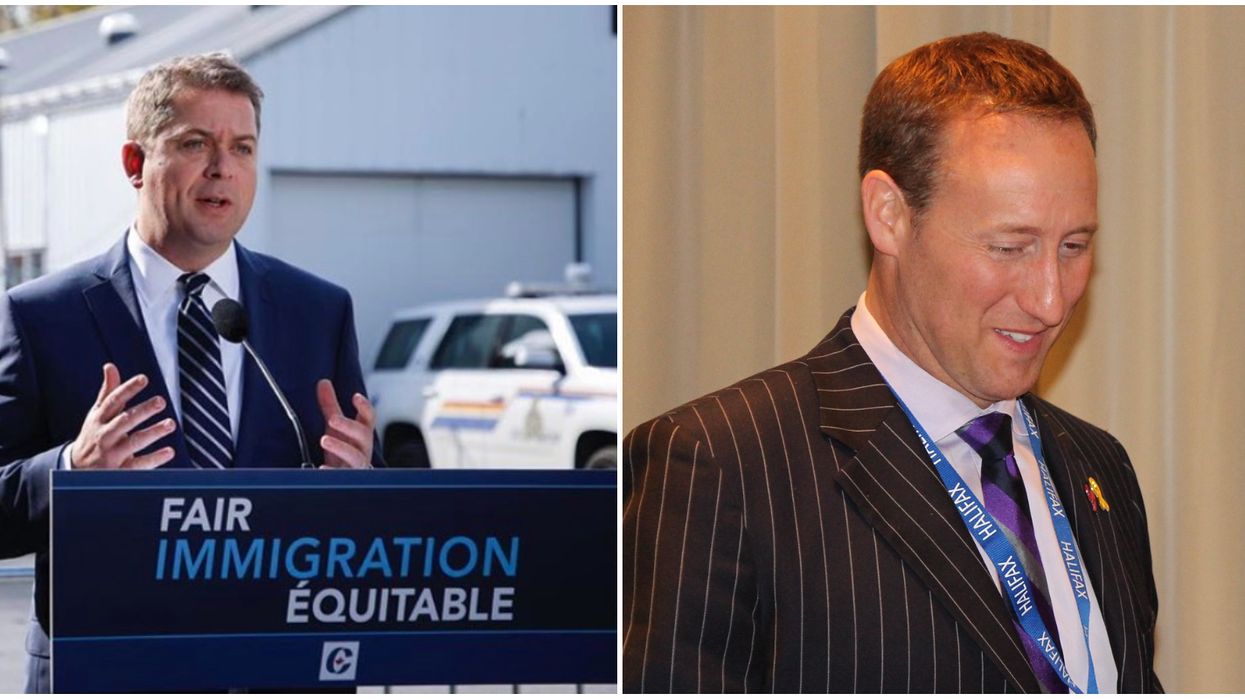 The Canadian federal election has been a tight race between the Liberals and Conservatives, with neither party having a clear cut path to a decisive victory just yet. Now, there are rumblings that if Andrew Scheer, the Conservative leader, can't bring the party to victory, then he will be replaced by someone else.

That's according to a new report from the Globe And Mail, which cites several anonymous sources from within the Conservative Party saying that supporters of Peter Mackay, a former Conservative cabinet minister, will mount their own leadership campaign for him if Scheer loses.

According to those anonymous sources, Scheer may not be able to hold onto his leadership position after the upcoming leadership review in 2020 if he can't form a Conservative government.

The Globe and Mail also reports that Peter Mackay has so far been unaware of the attempts to nominate him for a leadership bid. "No, I’m not [aware], and I’m doing everything I can to help Andrew and support him and his team. I’m not entertaining that at all," Mackay said, according to the Globe.

This is EXACTLY what a party leader wants to see happen when he's in the middle of an election campaign. https://t.co/lmH3lzyDQC
— Peter Scowen (@Peter Scowen)1570723195.0

Mackay supporters like John Capobianco stressed to the Globe and Mail that this is not an attempt to undercut Andrew Scheer and that they and Peter Mackay have been campaigning continuously for the Conservative Party.

Andrew Scheer has already faced his share of campaign setbacks, including the revelation that he reportedly lied about being an insurance broker. He also faced criticism for his 2005 comments about gay marriage.

Scheer also faced criticism after the revelation that he held dual citizenship with the United States, and had not disclosed that information earlier in the campaign.

As of October 10, the Conservative Party trails the Liberals in support by .9 percent, according to the CBC Poll Tracker.

The Canadian election will be taking place on October 21. Canadians can also vote early by visiting their assigned polling station from Friday, October 11 to Monday, October 14.