"People have different ways of expressing their support for the community." 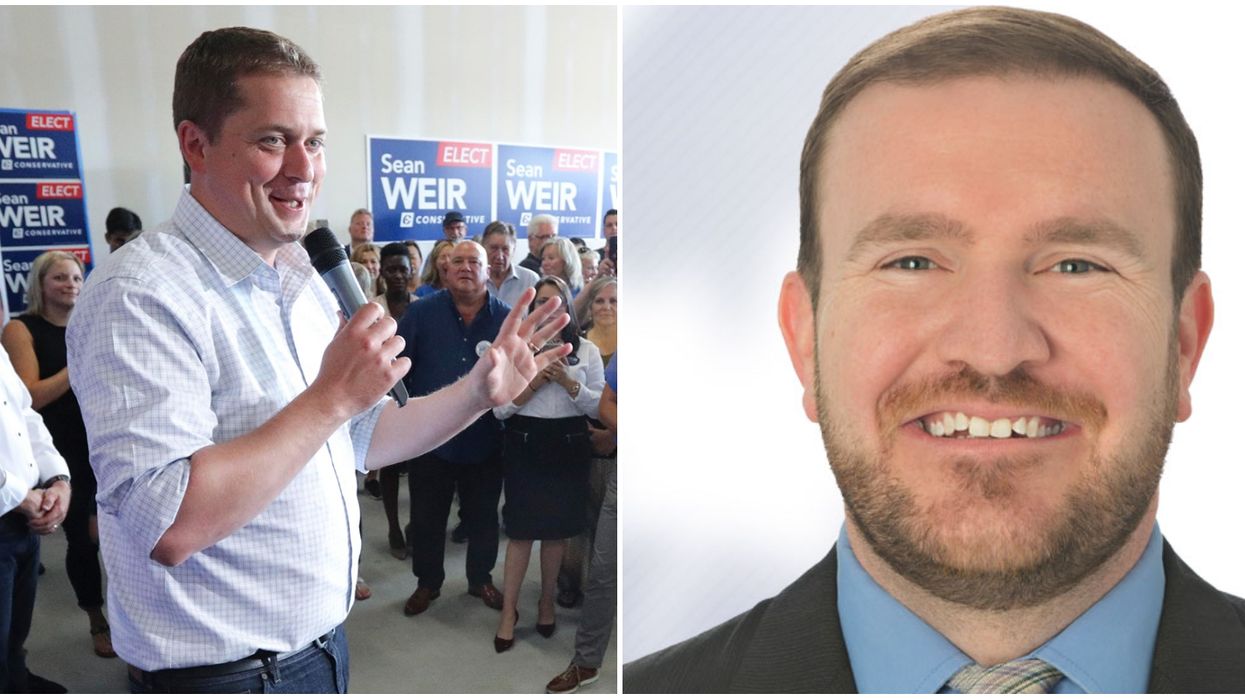 Andrew Scheer may have found himself in some hot water after a 2005 video of him making controversial remarks about gay marriage came to light. However, Andrew Scheer's speech in the video hasn't lost him all of his support. In fact, one openly gay candidate for the Conservative party has come out in support of Scheer, saying his position has evolved over time.

Eric Duncan, the Conservative candidate for Stormont-Dundas-South Glengarry, recently told CBC News that he feels Scheer's position has evolved over time. "I wouldn't be running if I had any inkling, whatsoever, that I wasn't welcomed or my sexual orientation wasn't welcome in the Conservative Party," Duncan said.

Another day, and hundreds of more doors knocked on! Thanks to our team for canvassing in Ingleside this morning and… https://t.co/3mMbL9vsHT
— Eric Duncan (@Eric Duncan)1566676210.0

Duncan, who is followed by Doug Ford on Twitter, also retweeted a similar sentiment from Zehavi Zynoberg (also followed by Ford). Identifying as an openly gay man, Zynoberg also said that Scheer's position has "evolved," and in response to Ralph Goodale's original tweet, wrote, "I don't appreciate you using LGBTQ ppl as political props."

According to Zynoberg's LinkedIn profile, he is an advisor to Toronto city councillor James Pasternak. He is also a volunteer for the Progressive Conservatives.

The talk of Andrew Scheer's evolution on gay marriage and the LGBTQ2 community comes at a time when Scheer's absence at Pride parades across the country has become more noticeable, especially when they are attended by every other federal candidate.

Duncan, though, does not think this should be an issue, nor should it be reflective of Scheer's position on the LGBTQ2 community. "People have different ways of expressing their support for the community," he told CBC, adding that he also hasn't marched in any Pride parades.

While the argument has been made that Scheer's position has evolved, there has still not been an official statement from the Conservative Party retracting or apologizing for Scheer's previous comments. So far, the only response has been a string of tweets deflecting blame to the Liberals. They were not well-received.

Whether or not Scheer's comments will affect the Conservatives at the ballot box is yet to be seen. The Canadian federal election takes place on October 21.