The Conservative leader is not reflecting on past decisions. 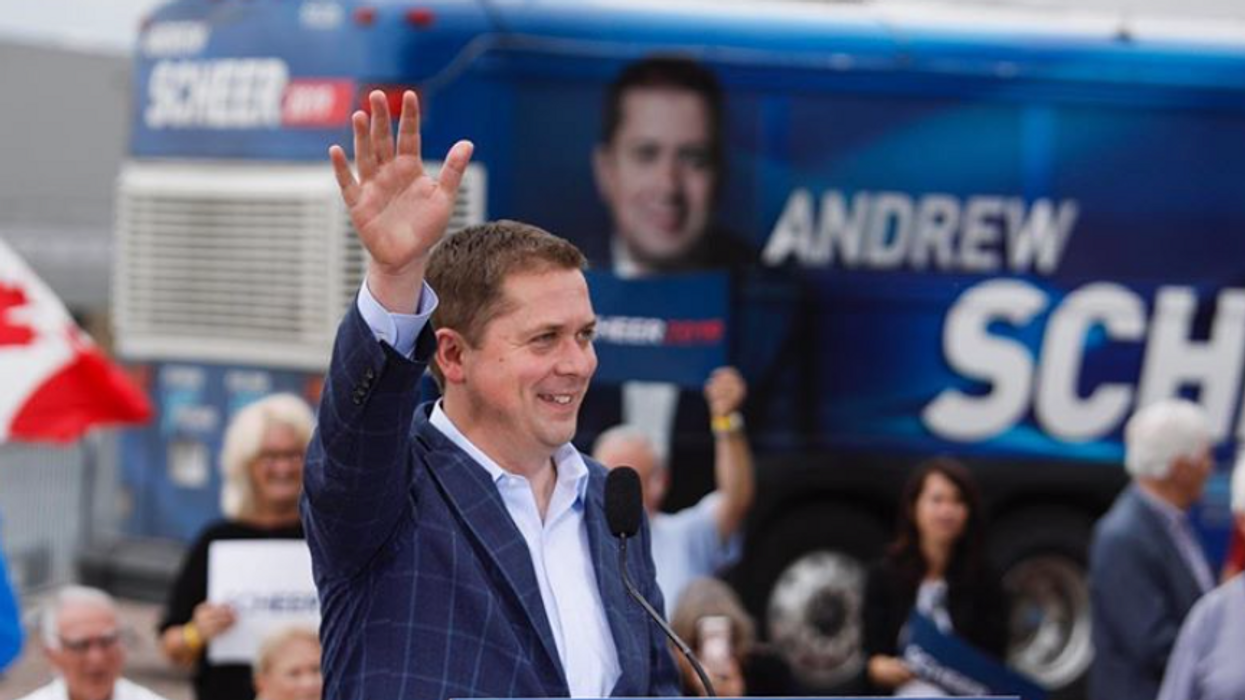 After a long, and sometimes nasty, federal election campaign, Conservative Leader Andrew Scheer has admitted that he is “disappointed” in Monday night’s election results, but says he is looking forward to the future. Speaking during an episode of West Block, Scheer said that he isn’t reconsidering past decisions, and won’t march in future Pride parades, but says he will “fight for equality rights of all Canadians.”

It has been a disappointing week for Conservative Leader Andrew Scheer, who lost Monday’s election to Justin Trudeau’s Liberals 121 seats to 157. Despite having the most votes overall, and claiming 34.4% of the popular vote, Scheer was immediately criticized by his own party’s supporters, and faced calls to resign almost immediately.

Since then, Scheer has confirmed that he will not be stepping down as party leader any time soon. Speaking on Tuesday, Scheer promised supporters that, regardless of their defeat, "The Conservative movement remains exceptionally strong and motivated.”

Despite his continued confidence in the party, Scheer admitted “It’s always difficult to fall short of goals that we’ve set ourselves.” Speaking to host Mercedes Stephenson during an episode of West Block, Scheer said he wasn't spending time reconsidering his past decisions.

During the West Block episode, scheduled to air on Sunday morning, Scheer told Stephenson that he hasn’t been re-thinking his decision to skip Canada’s Pride parades, which took place country-wide during the summer.

He confirmed, “I won’t march in parades,” but went on to say, “I will ensure that our party is as inclusive and open and that we fight for equality rights of all Canadians.”

Scheer continued, “We [will] hold the government to account for not doing more, for example, to help people who are persecuted for their sexual orientation coming to Canada.”

Back in August, Andrew Scheer was the only major party leader who didn’t march in any of Canada’s Pride celebrations, as Justin Trudeau, Jagmeet Singh and Elizabeth May all made an appearance at atleast one Pride event.

Speaking at the time, a Conservative Party representative told the National Post, “While Mr. Scheer does not plan to march in the Toronto Pride parade, he will continue to stand up against hatred and discrimination in all its forms.”

Scheer didn’t end up attending Pride events in any of Canada's cities, including Regina where he is an MP.

Despite his personal Conservative views, which includes being against abortions, Scheer said he is trying to remain “open” with his opinions.

You can watch Andrew Scheer’s full The West Block interview on Sunday at 11 a.m. EDT.