Marco Muzzo has a parole hearing today in Ontario. 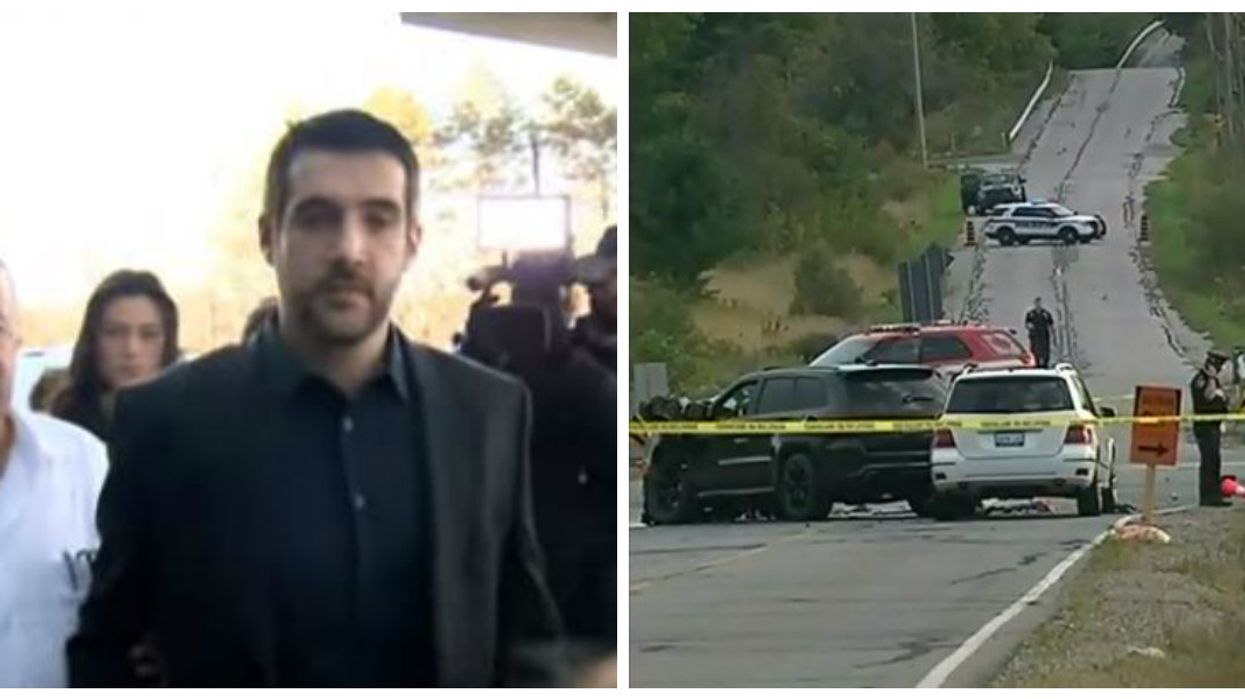 Update: Marco Muzzo was denied both day and full parole at his hearing today. He can now appeal the decision or wait and apply for parole again next year.

In what seems to be a growing trend lately, another Canadian killer is up for parole today. Marco Muzzo killed three children and their grandfather in 2015 and was sentenced to 10 years in prison.

Now, only three years into his sentence he is already up for day parole, which would allow him to be part of the community and prepare him for release. Canadians are not happy about it, though. When the crash happened three years ago, it shook the community to the core, especially victims' the family. The children killed in the crash were all siblings, aged two, five and nine. Their mother, Jennifer Neville-Lake, is expected to give an impact statement at today's hearing but she isn't the only one hoping Muzzo stays behind bars.

Canadians are also voicing their opinions about the parole hearing on Twitter and they are outraged that Muzzo even has a chance at getting out. They are calling him scum, saying that he deserves to rot in jail for what he did, and are also calling the Canadians legal system corrupt.

He needs to sit and rot in jail for what he did to that family!! He CHOSE to drive drunk. His friends knew he was drunk and then he decimates a family.... disgusting. Make an example of this spoiled rich brat!!! #marcomuzzo #scum https://t.co/iqd7byPuKM

I hate our legal system....Marco Muzzo's money will be getting him out early....who care about the family he destroyed as long as he is rich.

Today will be a test as to how corrupt our legal system is. Will money and social-economic status grant #marcomuzzo day parole today? Are the lives of 3 children only worth 3 years in jail? What a tragedy!

With the number of people expressing hate for the Canadian legal system, it's clearly not just about Marco Muzzo. Rather it's about the fact that he is at least the third major killer who, in the eyes of some, has gotten off easy or been given too much freedom.

Earlier last month, Canadians were outraged when the Terri-Lynne McClintic, who killed Tori Stafford was transferred to a low-security healing lodge. Not long after, notorious serial rapist and killer Paul Bernardo was up for full parole, which if he had won his case would mean the nation's most dangerous offender would be back on our streets.

If Marco Muzzo is successful with his parole hearing today, he will be allowed back in the community, most likely living in a halfway house by this Sunday, November 11th. They will also determine if he is eligible for full parole, i.e. being released from prison entirely in May 2019. Even if he is granted parole, he will not be allowed to drive for the next 12 years.