The memes are hilarious! 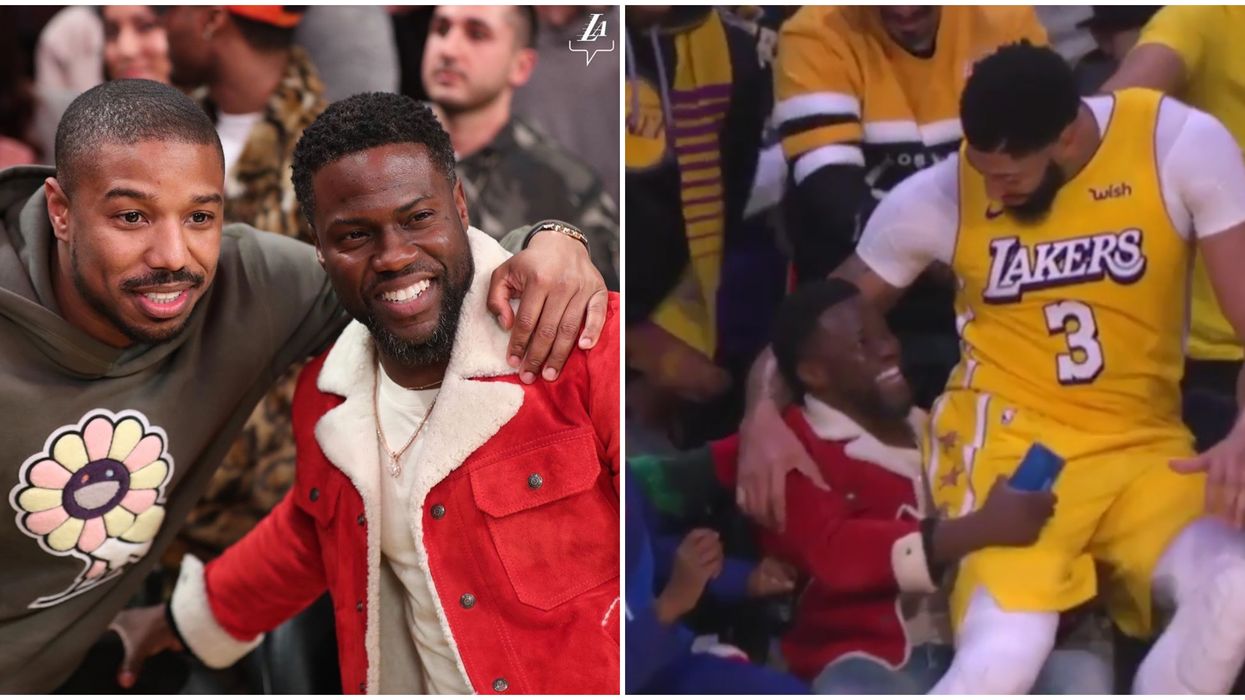 What happens when one a 6'10" NBA player falls onto a 5'4" comedian? The internet goes wild. If you haven't heard the Anthony Davis and Kevin Hart jokes yet, you're in for a treat.

While watching the Los Angeles Lakers on Christmas Day, Hart found himself in the midst of the action. After Davis missed a fall-away shot, the cameras caught him stumbling backward and landing right onto the comedian's lap.

That's when the jokes went flying.

Hart's kids and wife burst into laughter and you can see members of the audience scrambling to help pull Anthony Davis off of Kevin who can barely hold it together, he's laughing so hard.

Even Lebron James ran over to pull him off. Of course, the internet had a million things to say.

The Los Angeles Lakers even got in on the Twitter action, saying "Courtside Santa @KevinHart4real wasn’t ready for @AntDavis23 to take a seat."

NBA TV chimed in, "Did AD want a selfie with Kevin Hart? #LakeShow"

Perhaps the best part of it all is Hart, who came dressed in a bright red Christmas colored jacket with a white fleece collar, making him look perfect for his role as accidental Santa.

Kevin Hart almost died when Anthony Davis fell on him. I was THIS close to being the top midget in comedy https://t.co/Pv2KbAyd78
— Brad Williams (@Brad Williams)1577326458.0

At the end of it all, there were no hard feelings. Anthony Davis and Kevin Hart hugged it out in front of everyone.

Hart even posted about the hilarious event on his Instagram, with a side-by-side comparison of a photo from Elf and his encounter with Davis. The caption reads, "the internet will forever be undefeated 😂😂😂😂😂😂. This sh*t genuinely made me laugh 😂😂😂😂😂."

The Los Angeles Clippers went on to defeat the Lakers in a score of 111 to 106. Davis scored twenty-four of those points.