He had even joked about breaking the curse. 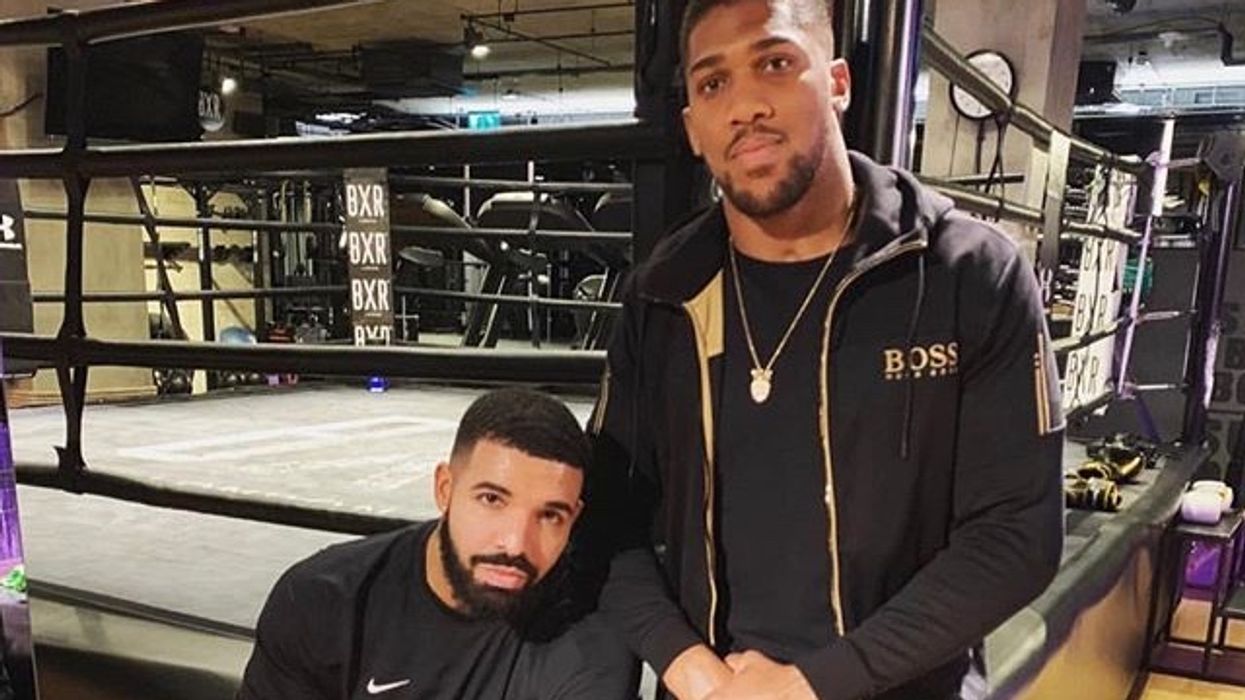 Boxing fans across the world are waking up reeling this morning after undefeated heavyweight champion Anthony Joshua was beaten last night in what is being hailed as one of the biggest upsets in boxing history and what some fans are saying was a "humiliating defeat." Although many agree that opposition fighter Andy Ruiz Jr. put on a phenomenal show, people on Twitter say there is only one person to blame for Joshua’s downfall. Anthony Joshua proves the Drake Curse is still very real.

Citing the ‘Drake Curse’, fans were stunned last night as they witnessed the champion boxer lose his first ever professional fight, as well as his WBA, WBO and IBF word titles to substantial underdog Andy Ruiz Jr. In a shocking turn of events, Ruiz was by far the better fighter, flooring Joshua FOUR times before the referee called time on the match after seven rounds

After suffering such an unexpected and unfamiliar loss, things were probably made worse for Joshua as superstitious Twitter users were quick to remind him of his confident post only a few months earlier, in which he posed with the ‘One Dance’ rapper and claimed he would ‘break’ the Drake curse on June 1st.

‘The Drake Curse’ concept has been floating around the internet since 2013, when Drake first became a global ambassador for the Toronto Raptors-just in time for their terrible losing streak. Since then, there has been a remarkable pattern as athletes who pose for photographs with the rapper suffer surprising defeats shortly thereafter.

The ‘curse’ has been known to touch athletes across the board, including UFC fighter Conor McGregor who suffered an extremely rare and unexpected loss to Khabib Nurmagomedox last year, after hugging Drake during the pre-fight weigh-in.

While it all seems a little bizarre, some sports teams are taking the superstition extremely seriously. Italian soccer team A.S. Roma actually ‘banned’ their players from taking pictures with Drake following a string of seemingly Drake-induced losses on the soccer pitch. Successful soccer players Jadon Sancho, Sergio Aguero and Pierre-Emerick Aubameyang all took selfies with the rapper and then went on to suffer significant defeats on the field.

All Roma players banned from taking photos with Drake until the end of the season
— AS Roma English (@AS Roma English)1555351948.0

Although Joshua’s bold tweet may have projected confidence, in an interview last month he made it clear that the ‘curse’ was not to be taken lightly. Speaking to ESPN  in Madison Square Garden in May, Joshua joked that he would not be allowing Drake backstage on the night of his fight against Ruiz. He said “You know about the Drake curse? It’s real though.”

He spoke following the cancellation of his fight against Jarrell Miller, who failed a drug test and was, therefore, unable to fight Joshua for the heavyweight titles. Joshua acknowledged this came following his photo with Drake. “This is what I’m saying, what’s weird though is I took a picture with Drake...before (Jarrell) Miller got banned. Miller then had a drug test and got popped. The fight got cancelled!”

Since the fight, fans have been taking to Twitter to blame the Drake curse, and to warn their favourite sports stars to stay away.

The #DrakeCurse has seriously reached Final Destination levels of inevitability. It may not get you today, tomorrow… https://t.co/7BbXZGK5wV
— Kel Dansby (@Kel Dansby)1559446654.0

It is expected that Joshua and Ruiz will fight again later this year in accordance with the rematch clause in their contracts. Who will take home the win next time is anyone’s guess...but we’re pretty sure Drake won’t be invited along this time.