A fan called Ariana "dumb" for writing a song about Pete Davidson. 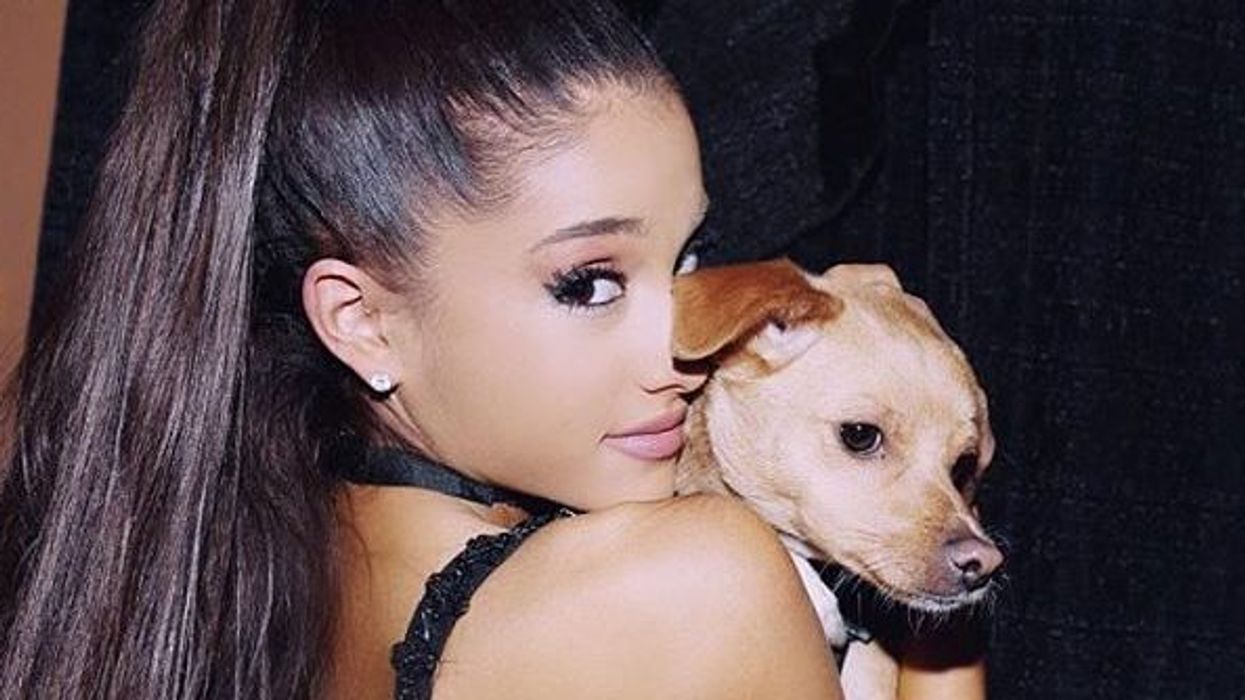 In the past month or two, Ariana Grande broke up with Mac Miller, got together with SNL castmember Pete Davidson, got engaged to Pete Davidson all the while promoting her brand new album, Sweetener. It's safe to say that Ariana has had a busy few months.

While many of her dedicated fans have been supporting her new relationship, many trolls have been hating on her for "falling in love" so quickly. People can't believe that Ariana could really be head over heels for someone that she just started dating. It's true though, Ariana and Pete just announced they were dating three weeks ago! They just announced that they're engaged this week and according to Ariana's Instagram story, they've also moved in together.

So this brings me to Ariana's most recent Twitter feud. Between getting engaged and moving in together, Ariana has been feverishly promoting her upcoming album "Sweetener". Yesterday, she released this sneak peek from a song on the new album.

Naturally, fans went crazy for it! One commenter asked what song is it from? When she replied "Pete", fans were up in arms for her "dumb" decision to name a song on her album after someone she's been dating for a few weeks.

The Twitter argument started when @blazedbyari tweeted "'pete' girl we know you love him but are you dumb" to which Ariana replied, "nah".

forreal. the truth is ☕️ i been the fuck thru it and life’s too short to be cryptic n shit about something as beautiful as this love I’m in. so ǝʇǝԀ it is.

On the same thread, @grandeseclipse responded by saying "you really dont give a f**k do you sksksks" to which Ariana had the best come back of all time, "forreal. the truth is ☕️ i been the fuck thru it and life’s too short to be cryptic n shit about something as beautiful as this love I’m in. so ǝʇǝԀ it is."

It looks like Ariana could not care less about what the haters think, even if they think she's dumb for being obsessed with her new boo. She's soooo in love with Pete and she wants everyone to know how happy she is.

The new couple has received a ton of hate since they announced their relationship. Fans were worried that Ariana could be in another toxic relationship because Pete has a past with drug abuse. One hater even blamed Ariana for Mac Miller's recently DUI. It didn't take long for Ariana to clap back and tell that hater what's up.

For now, Ariana doesn't care about the haters and she's excited about her engagement to Pete Davidson and her upcoming album, Sweetener.