Several companies reportedly withdrew business from the town after learning its name. 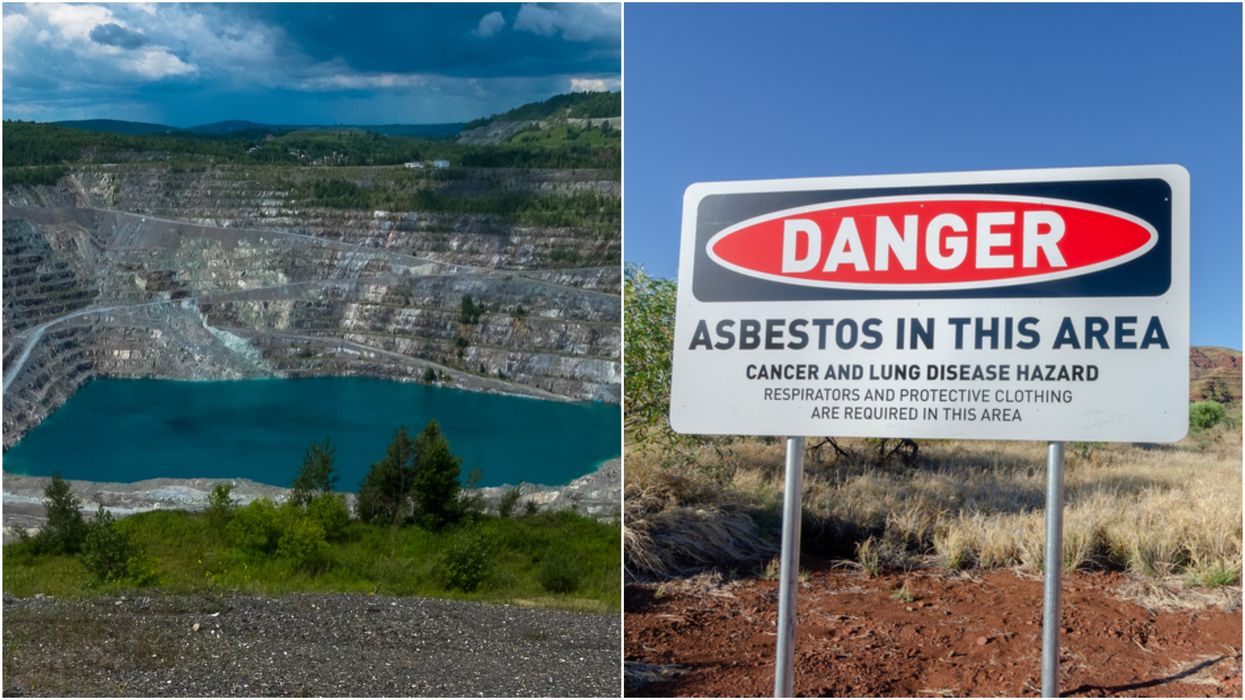 The Mayor of one small town in Quebec is taking action to change the its unusual name after he claims the area has suffered from years of “unfortunate connotations” and “negative perceptions.” Now, the town of Asbestos has big plans to change its name, and the process is expected to cost upwards of $100,000.

Officials in Asbestos have confirmed that they’re exploring new titles for the community after the area’s name has caused "nothing but trouble” for the people who live there.

Mayor Hugues Grimard has committed to a $100,000 name change in order to avoid having the association with the mineral, asbestos, which has been linked to several types of cancer.

"There is really a negative perception around asbestos," Grimard told CBC News, "We have lost many businesses that don't want to establish themselves here because of the name."

While discussions of a modification have been brewing for several years, officials initially attempted to improve the town’s image with new slogans and colours, sadly to no avail.

"Asbestos" does have some historical significance, as it is home to the Jeffrey mine, which was once the world's largest asbestos mine and the area's largest employer.

In the 1900s it emerged that the mineral was actually a dangerous health hazard and it increasingly became associated with serious lung conditions and cancer.

The World Health Organization says the inhalation of asbestos fibres causes lung cancer, mesothelioma, and other diseases, and it has killed tens of thousands of people.

"As the word 'asbestos' does not have a good connotation, particularly in English-speaking circles," the city's news release stated.

While it will cost $100,000 to go through with the name change, the Mayor believes the benefits outweigh the costs.

“I think people will understand the necessity of this if we want to further our development,” said Grimard.

To find the town’s new name, Grimard is open to suggestions and is asking residents to submit their ideas.

A range of alternatives has already been suggested by locals, ranging from the serious to the hilarious.

Suggestions included Ville des Trois-Lacs, Nobestos, Amianteville, Asbestos 2.0, and Poumontousse (a play on the French words for lung and cough).

Grimard confirmed that the new name will be revealed in early 2020.

You can discover more of Canada's most ridiculously Canadian town names by clicking here.