It's not the only thing she loves in Montreal! 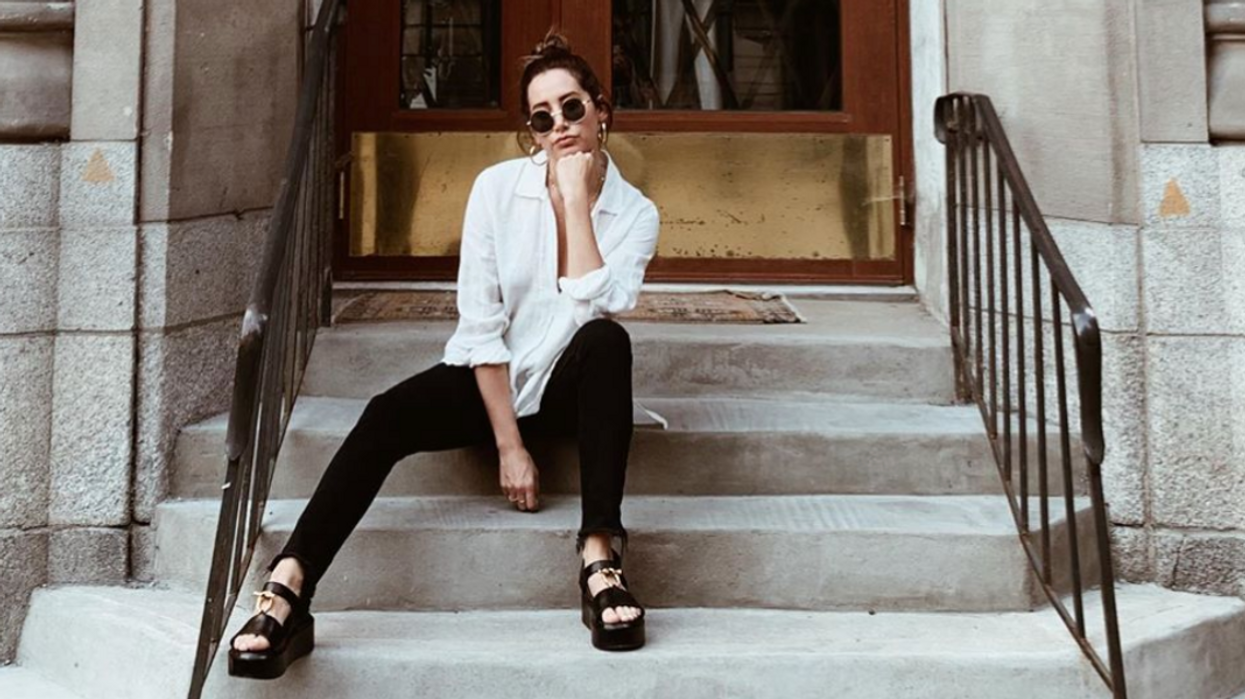 Ashley Tisdale is no stranger to Canada as she's visited multiple times. She even lived in Toronto for a couple of months while filming her High School Musical spinoff, Sharpay's Fabulous Adventure. Last week she let us know she was visiting again, this time in Montreal. According to her Instagram story, it looks like she's still there and just revealed to us one of her favorite parts of the city. Ashley Tisdale's favourite Montreal restaurant is a popular one!

She spent her first few days touring the city with her husband, Christopher French. They took some cute pictures in front of Montreal architecture like the perfect tourists they are. On Sunday night, Tisdale posted a story of herself enjoying dinner at a vegan hot spot in Montreal called LOV.

She also showed off some of the restaurant's beautiful decorations.

There you have it guys, Canada has the best vegan restaurant according to Tisdale.

Vegan food isn't the only Montreal delicacy Tisdale has been raving about. She also thinks coffee in Montreal is just, "bigger and better."

We still don't know exactly why Tisdale decided to visit Canada. She announced that she was heading to Montreal to shoot something a few days ago, but no specifics were given.

She has a lot of new projects coming up that could have something to do with her working in Montreal. She just wrapped on a Netflix series titled, Merry Happy Whatever, and was just cast in a series called Carol's Second Act.

She could also be shooting some promo for the cruelty-free makeup brand she started called Illuminate Cosmetics.

Whatever the reason she's in Montreal, we're glad she's having fun!

Travel restrictions will be eased for fully vaccinated Canadian travellers. 👇

The federal government plans to crack down on anybody who lies about their COVID-19 vaccination status in order to skip travel restrictions in Canada.

In a notice shared on June 21, officials confirmed that those who "submit false information on vaccination status" could be liable to a fine of up to $750,000 under the Quarantine Act.


The City of Toronto announced on Tuesday that they would enforce trespass notices that were issued at Trinity Bellwoods Park for homeless encampments earlier this month.