How can we fight with Sharpay Evans? 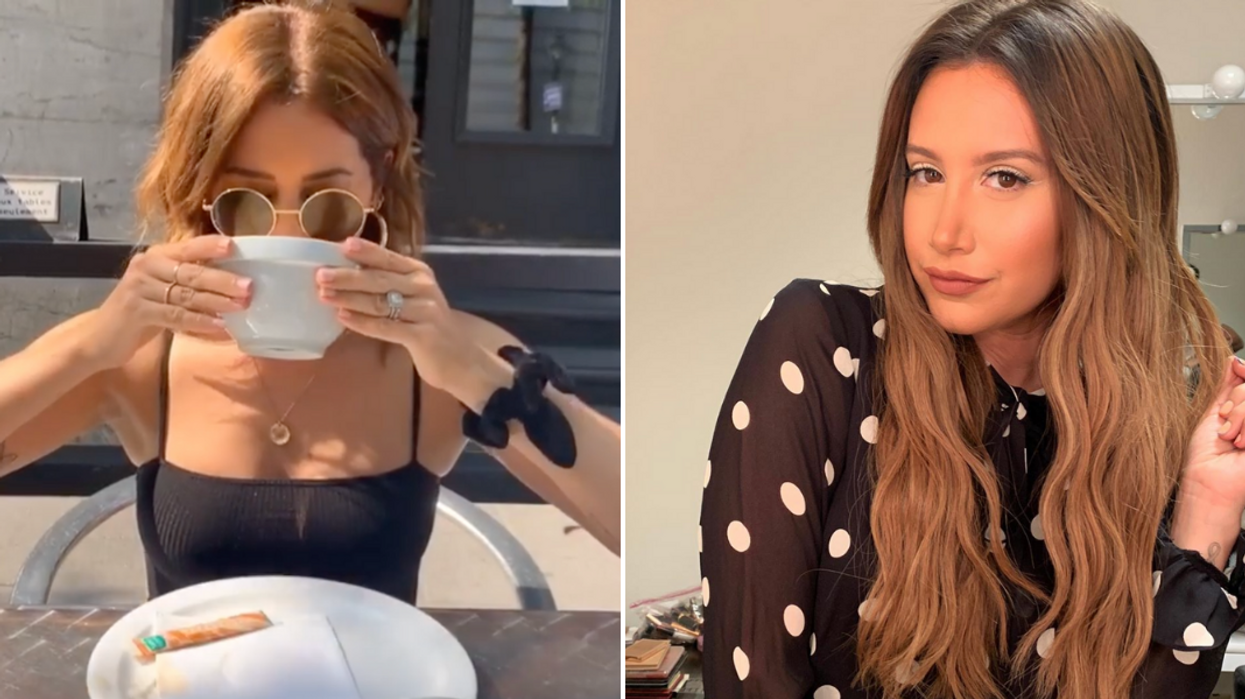 Tim Hortons is usually associated with Canadian coffee just because of how iconic of an establishment it's become in the North. While they've tried to move into the USA, it hasn't really reached the more southern states, meaning when celebs visit Canada they usually take to Instagram to share their Tim Horton's experience. But Ashley Tisdale's Montreal trips always seems to involve coffee — just not Timmies.

The actress landed in Montreal yesterday after posting a dreamy picture from up in the air during her journey from LA to Montreal.

After landing in the North she posted another photo of herself in the airplane, but this time the ground below her was covered in snow.

Tisdale didn't seem thrown off about the weather change though, captioning her story, "SNOW" with a gif of snowflakes falling.

She also seemed really excited about showing off her winter gear on social media, sharing a selfie in a car bundled up in a beige jacket and pink hat.

While we do know that she's working on a project in the city this week, we aren't exactly sure what it is.

We can tell you, however, that her first stop in Montreal was to show us what her defence is against those brutal Canadian winters, and it isn't Tim Hortons. But it is coffee!

She captioned the photo, "Bundled up in Montreal where the coffee is good and the cold is even better."

This isn't the first time Tisdale has shared her obsession with Montreal's java.

Back in the summer she also spent quite some time working in Montreal.

Aside from visiting all of Montreal's beautiful tourist attractions, she posted a Boomerang drinking coffee out of a ginormous mug.

She told the world, "in Montréal coffee is bigger and better ☕️." If Sharpay Evans says it, it has to be true right?

While it could be surprising to some that she loves Canadian coffee that isn't Tim Hortons, it's nice to know she enjoys spending time in Montreal, even if it is just for our coffee and snow.