'Murder Hornets' Have Already Been Spotted 4 Times In Washington (PHOTOS) 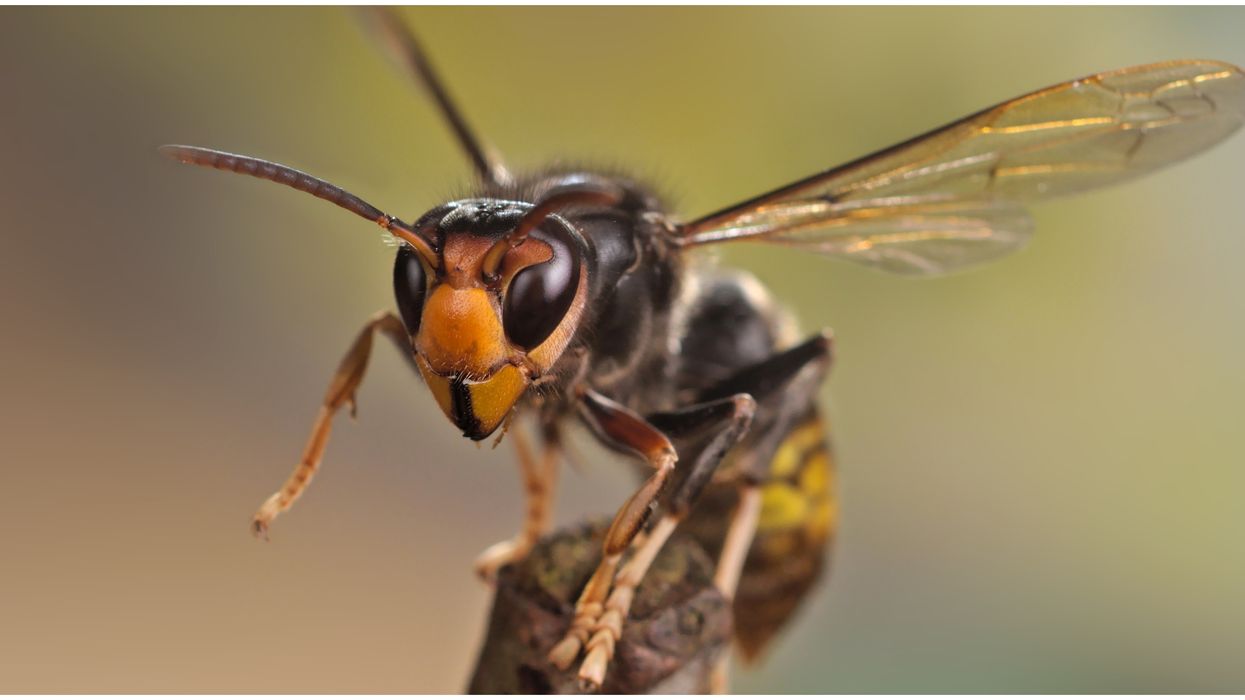 Just when you thought 2020 couldn't get any worse, it did. Asian Giant Hornets have been spotted in Washington state for the first time ever. And it doesn't look like they plan on leaving anytime soon.

"They're like something out of a monster cartoon with this huge yellow-orange face," Washington bee breeder Susan Bree told CNN.

They've already been spotted four times across the state. Last fall, WSDA researchers found them near Blaine and Bellingham.

Now, their creepily large eyes and venomous stinger are just two more things to worry about. As the world's largest hornets, they're up to two inches long and have a black and yellow striped abdomen.

And their stinger is capable of killing humans if they're stung multiple times. They don't die after stinging you.

Researchers found that these giant hornets attack beehives, killing other bees by decapitating them. *shudders*

Scientists have no idea how they ended up in Washington.

The giant hornet was first spotted in the state back in September 2019 and scientists believe they became active again last month.

The Washington State Department of Agriculture's website says that they typically do not go after humans or pets.

However, they can sting when threatened.

What do you do if you find one?

"If you get into them, run away, then call us! It is really important for us to know of every sighting, if we're going to have any hope of eradication," said entomologist Chris Looney of the state Department of Agriculture.

If you think you've spotted one, the WSDA asks you to submit a report on their site and include a photo of the insect and damage it's caused if you can.

This chart on their website lets you compare the Asian Giant Hornet to other types of flying insects, so you can tell them apart.

Editor's Note: You can report Asian Giant Hornet sightings to the Washington State Department of Agriculture Pest Program via 1-800-443-6684, pestprogram@agr.wa.gov or you can do so online at agr.wa.gov/hornets.