Someone Is Putting Up Fake Asian Hornet Signs On Washington Trails 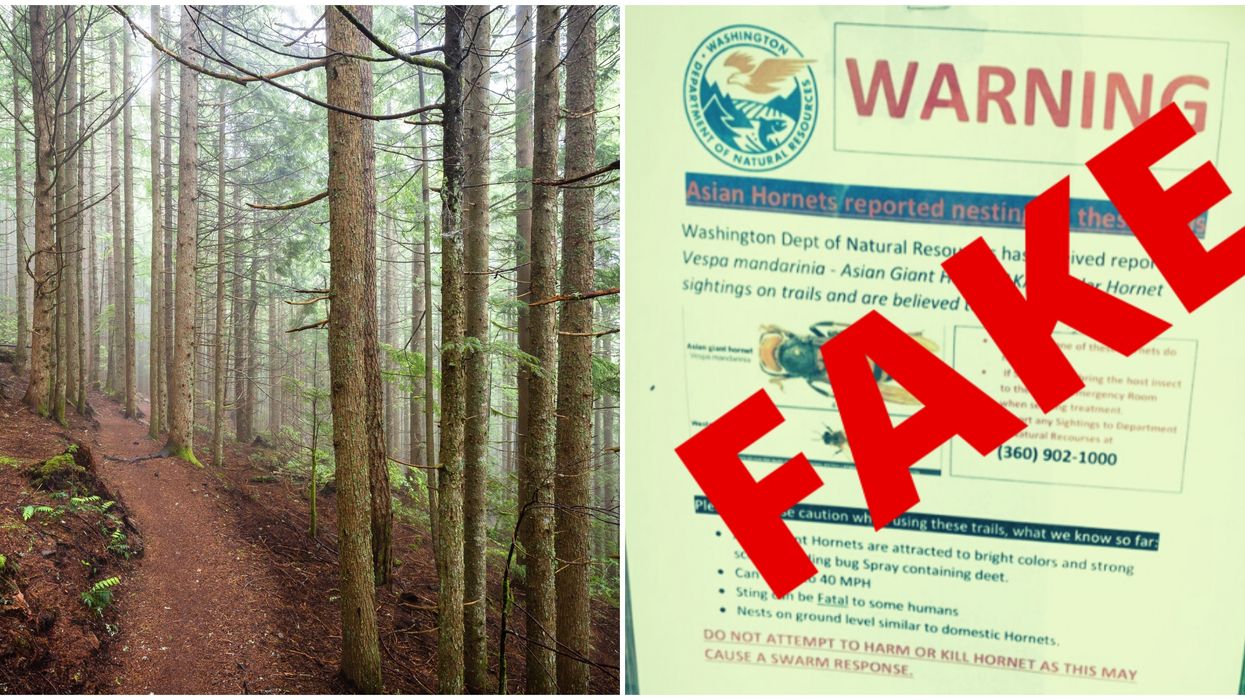 As if 2020 could get any weirder, fake signage warning about Asian giant hornets in Washington sprung up over the weekend. These signs were posted around several trailheads in the Tiger Mountain area, 30 miles southeast of Seattle, prompting the state to take to social media.

The committee took to Facebook to stop the false news from spreading.

"Washington State Department of Natural Resources received numerous reports of signs posted at trailheads claiming Asian giant hornets were nesting in the area. These signs – as most of the reports suspected – are FAKE. They were not created by DNR, WSDA, or any state agency."

The post went on to thank Washington trail-goers for being aware and stopping the "spread of misinformation" online and at the trails themselves.

There is still no information as to who or why these signs were posted in the first place.

In early May, news broke about the invasive species, otherwise known as "murder hornets," and how they had made their way into Whatcom County.

Even though Washington scientists had set out six traps around the area to lure the giant hornets, none have been found.

After some confusion regarding their intimidating "AKA," they are of no serious harm to humans; however, the two-inch-long insect is a predator to honeybees.

Scientists say that the insect can go into "slaughter mode" and take out "30,000 honeybees in an otherwise healthy hive," according to an article by King5.

"We've had thousands of reports, and we haven't been able to confirm one of them as Asian giant hornets," said Karla Salp, a public engagement specialist from WSDA, who told CNN.

So those large insects you see around might not be Asian giant hornets, after all. Stay safe out there!