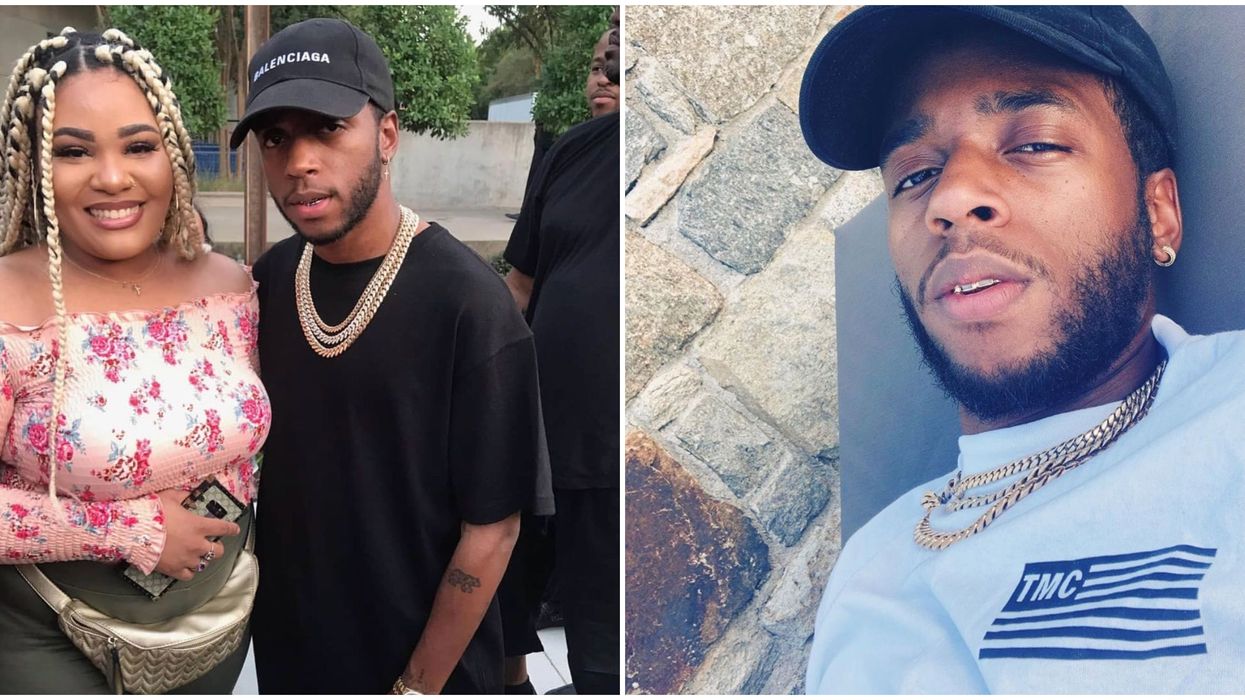 We're certain you've said his name incorrectly at least once. It's not 6-lack, slack, or 6-black; trust us, it's just "black" and the artist is having a winning year so far. 6lack released his deeply loved album East Atlanta Love Letter one year ago and he wanted fans to celebrate along with him for the anniversary in a big way. The Atlanta artist hosted a big cookout last night (Sept. 14) where he was surprised and rightfully shocked to be gifted a 2019 Lamborghini Urus from his team.

The event started at 5 p.m. at The Gathering Spot, a co-working office and event venue near Midtown Atlanta. The "East Atlanta Love Letter Cookout" was a surpise and semi-impromptu event from the artist's team in celebration for the success of his second album that was released September of last year.

Right now, the artist has 3.6 billion streams worldwide, 22 million singles worldwide and 12 million listeners on Spotify alone. It's safe to say 6lack is deeply loved, and not just in East Atlanta, especially following the massive European tour he went on early last year.

One thing Atlanta does well is support their own and they certainly do not hold back when it comes to the 27-year-old artist. He posted the RSVP link for the cookout via Instagram Friday morning and within minutes the RSVP was closed due to capacity. We're assuming it was the shared sadness of his fans that convinced the artist to re-open the RSVP list late Friday night to allow more people to join in on the fun.

The event was perfect for weather and mainly took place on the outdoor lawn within the gates of The Gathering Spot. It was true picnic vibes with giant cards cards, Jenga, Connect 4 and of course, Cornhole. Food and specialty drinks were free and local DJs internchanged throughout the night playing the newest and best hits, and of course a select few tracks from the EALL album.

6lack and his crew showed up around 7:30 p.m. and surprisingly everyone played it cool. He did the obligatory photo sessions and hugged everyone who wanted one as well. His team made a few speeches, thanking members of their staff for being a great support system thoughout the production and release of the album and gifted three members with labeled gold chains to signify "officially being a part of the crew."

Just when we thought that was it, they took it a step further and had everyone walk outside to the street side of the building to surprise 6lack with a 2019 Lamborghini Urus (yes, in black). Apparently the artist is a very hard man to surprise, but he seemed thoroughly in shock, breaking down in tears once the car was revealed to him. He and his girlfriend, music artist QUIN, took a spin in the truck before everyone regathered in the party area for a few more songs before the event ended around 9 p.m.

If you've never been to a 6lack concert, it's truly "a vibe" you have to experience. Luckily, he will be performing at this year's Music Midtown this weekend along with many other artists including Cardi B and Lizzo.