"The perfect day to kayak down Krog Street." 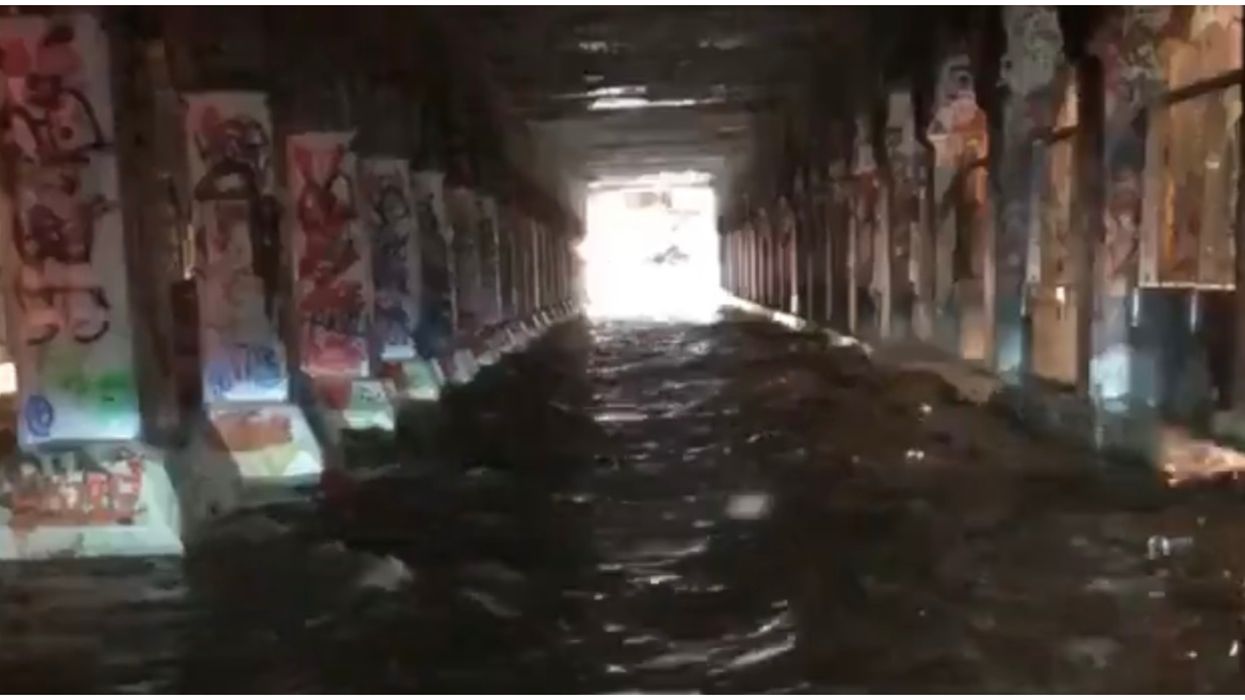 In place of snow, Atlanta is the lucky recipient of plenty of rain this winter. Although the heavy rain was previously predicted in the latest edition of the Farmer's Almanac, nobody was quite prepared for the recent round of storms. This latest Atlanta flood warning caused some freak incidents throughout the city and it's not over quite yet.

One of the most notable parts of Atlanta, Krog Street Tunnel, paints a clear picture of just how heavy the downpour was. The tunnel experienced flooding so severe that one Twitter user claimed it would "probably be a good day to kayak Krog Street."

As of now, it remains closed for passing vehicles.

Severe storms noticeably moved into Georgia last night, depositing over three inches of rain in the metro area over the past hours. Another half inch of rain is expected this afternoon and tonight according to the National Weather Service.

Several flights out of Hartsfield-Jackson Atlanta Airport have been delayed due to the weather, along with school closings or early dismissals.

Most of the metro and surrounding areas are between a level one to level three risk of severe weather, with one being a slight risk and three being enhanced.

Areas south of the metro area are especially at risk, with a round of damaging winds and potential tornadoes being the latest threat against the region.

Krog Street tunnel is a river right now! Flash Flood Warnings are out all over Metro Atlanta. Be careful and don’t… https://t.co/edDUCdzDja
— Ella Dorsey (@Ella Dorsey)1581003313.0

A reporter tweeted, "Krog Street tunnel is a river right now! Flash Flood Warnings are out all over Metro Atlanta. Be careful and don't drive through standing water like my friend."

This elevated weather is especially damaging to small creeks and streams — which run an elevated chance of flooding — urban areas, highways, streets, underpasses, and low-lying areas.

In addition to the water running rampantly throughout the state, this amount of rain brings some other unexpected dangers.

This video highlights the danger from falling trees during storms. Please be careful! We are very thankful there we… https://t.co/0QTVhtM6e6
— Dunwoody Police (@Dunwoody Police)1581004146.0

Earlier today, Dunwoody Police released in a tweet a video of a tree falling on the highway, directly landing atop a vehicle, writing "This video highlights the danger from falling trees during storms. Please be careful! We are very thankful there were no serious injuries!"