And it comes at a whopping price tag. 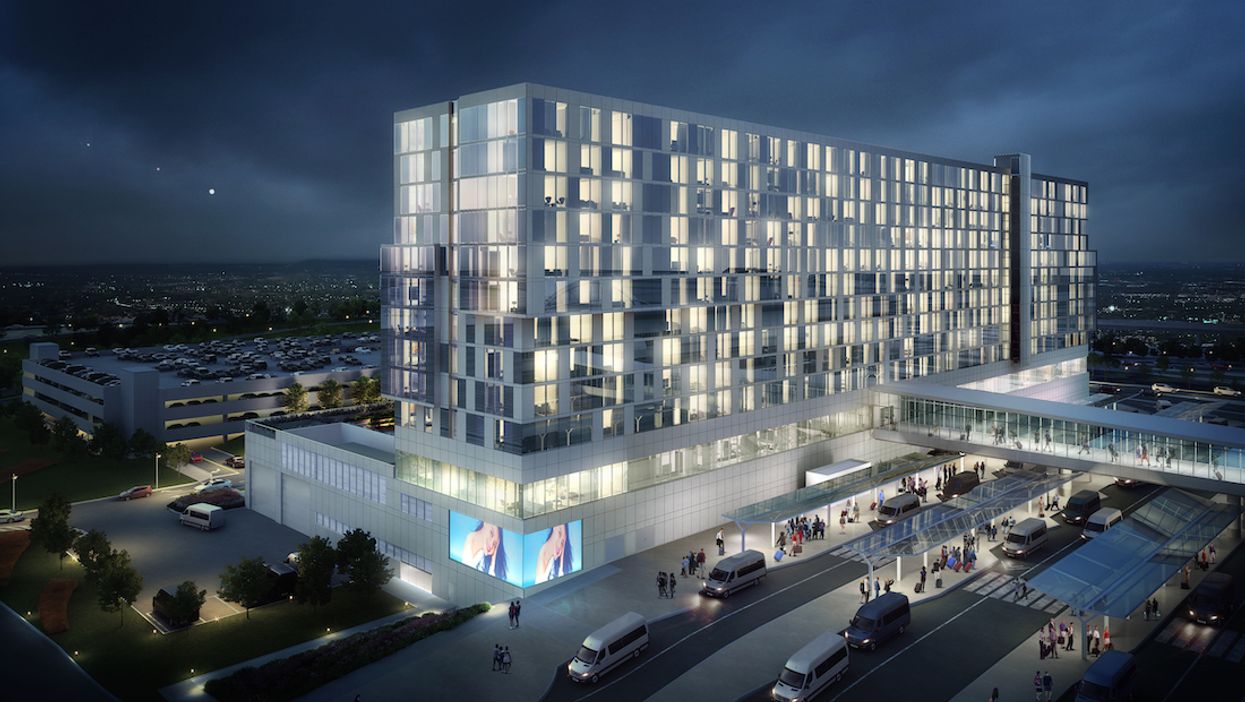 If you thought that Hartsfield-Jackson International Airport couldn't get any bigger, think again. The world's busiest airport is about to get even more packed because Majestic Reality is building Atlanta Airport a new hotel for the dometic terminal. This addition will mark the first hotel ever built at the airport.

Hartsfield-Jackson International Airport has recently undergone several construction projects, and the latest will be the construction of the Hilton. This large-scale project is expected to begin later this year and will wrap up in 2022. While this is great news for travelers, it's a sad day for everyone with road rage; traffic will be insane.

The hotel will be attached to the airport, adding a convenience factor to Atlanta visitors and those with layovers here. The luxurious 541-room hotel is expected to be 14 stories tall.

Majestic Realty has spared no expense when it comes to building the new Hilton. The hotel comes with a $350 million price tag. Outside of the rooms, the hotel will be equipped with a 50,000 square-foot meeting space, restaurant, hospitality space, office building and a parking deck.

When describing the budget of the all-glass design, the executive vice president of Majestic Realty Stan Conway made it known that every cent will be worth it.

“No expense will be spared in building a hotel that is best in class and destined to become an Atlanta landmark.”

The hotel will take over space currently occupied by the west economy parking lot.

Atlanta will inevitably become one of the busiest cities in the United States with this addition, and the expected construction of Yotel, a new robot-operated hotel. We see a super backed up I75 and I85 in your future, along with drinks from the Sugar Factory to soothe your pain.