You don't want to get in their way. 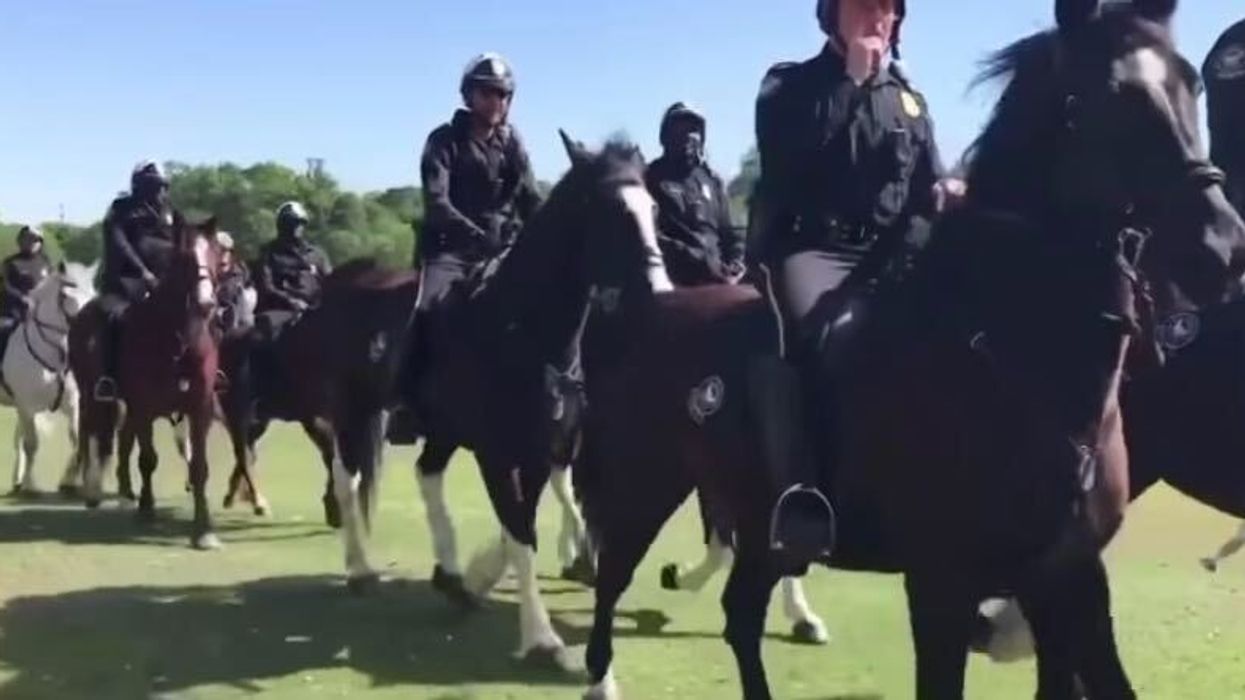 The City of Atlanta is taking quarantine guidelines to the next level. As Georgia rolls out precautions to combat the novel coronavirus, Atlanta's Police Department is putting its four-legged employees to work in Piedmont Park.

On an Instagram post earlier today, The City Of Atlanta posted a video of a fleet of APD officers riding horses in Piedmont Park.

The video is captioned, "@AtlantaPolice mounted patrol are out in full force today surveying @piedmontpark and reminding us to #StayAtHome. #ATLStrong."

The post has received many positive reactions from locals, who applaud the officers and hope the measures can help "flatten the curve."

In the video, eight officers and their equine associates march past the camera two-by-two. One officer in the front waves as they pass.

A week after this order, Governor Brian Kemp officially issued a shelter-in-place order for the state on Thursday, April 2.

This past Wednesday, April 8, Kemp extended Georgia's state of emergency through May 13, though the shelter-in-place order is still scheduled to end Monday, April 13.

Even with these restrictions, locals are still finding ways to be outside. Many are flocking to golf courses and beaches that are still open, with social distancing being encouraged.