He's taking "Get Me Bodied" to the next level. 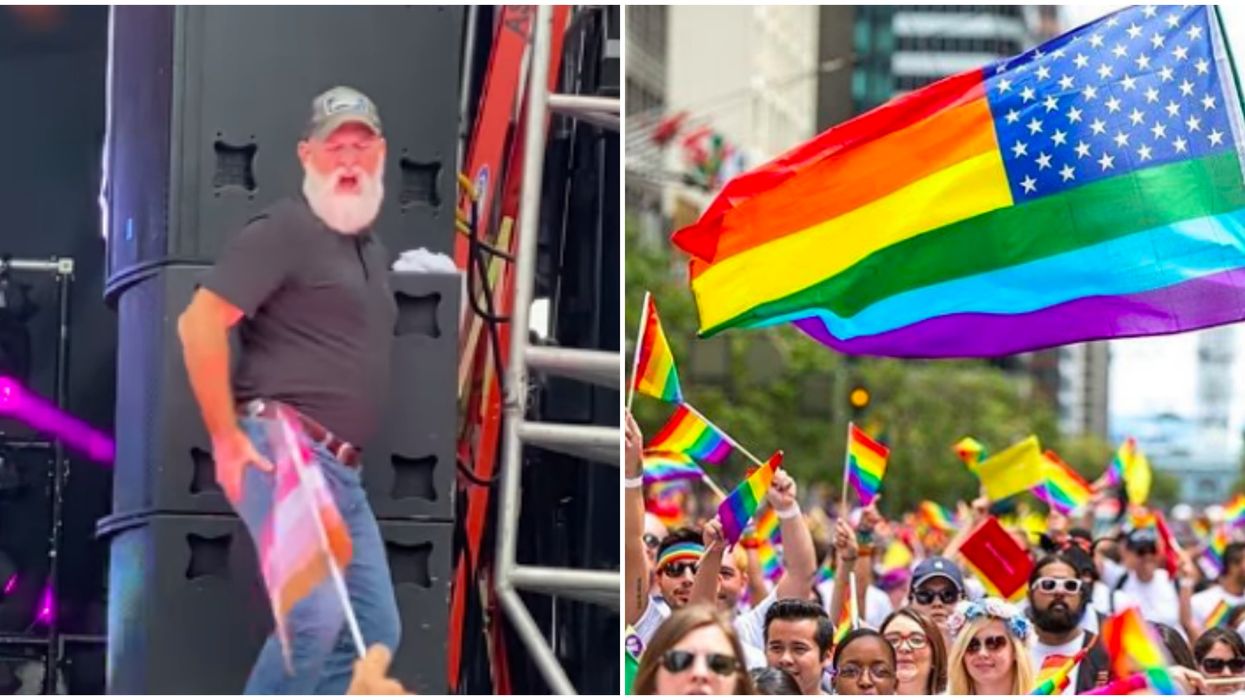 Atlanta Pride was this weekend and in case you missed it, it was awesome. The rainy weather did not stop paraders from getting down and dirty at the parade on Sunday and there were some super iconic moments. Among these moments, was an American Sign Language interpreter at Atlanta Pride Parade 2019 that was totally getting down to Beyoncé and was absolutely slaying his performance.

The talented and animated ASL interpreter, David Cowan, totally killed his performance at one of the stage shows while translating "Get Me Bodied" by Beyoncé and fans loved it. However, this was not his first rodeo because he also interprets government conferences, including the Georgia Governor's press conference on Hurricane Dorian at GEMA. He's clearly well-rounded and is very appreciated for his work in the local deaf community.

Cowan, who is deaf himself, has been working as an Atlanta Pride interpreter since 2000. In an interview with the Georgia Voice, Cowan points out that using the term "hearing impaired" is no longer acceptable and that much of the deaf community prefers to be referred to as "deaf" or "hard of hearing."

It is common (and expected) for sign language translators to convey motions (and emotions) aligned with the speech or song they are interpreting to create a full experience for viewers.

However, the passion he elicits throughout the performance has caused lots of love and attention because he was seriously slaying. Looks like he has been practicing for this and is thoroughly enjoying the experience. Queen Bey, watch out sis!

If you are a social justice activist, you probably recognized Cowan quickly. As an activist himself, he has translated events like the Women’s March, Black Lives Matter rallies and anti-Trump protests.

Another notable moment from the parade is this cop getting down to Cardi B. at the event and he did not disappoint.

For more fun parades in Georgia, check out this massive Caribbean Carnival next year with a powerful march and insane costumes or this tequila festival with unique tasting experiences that will take you straight to the streets of Mexico.