And here's my take on it. 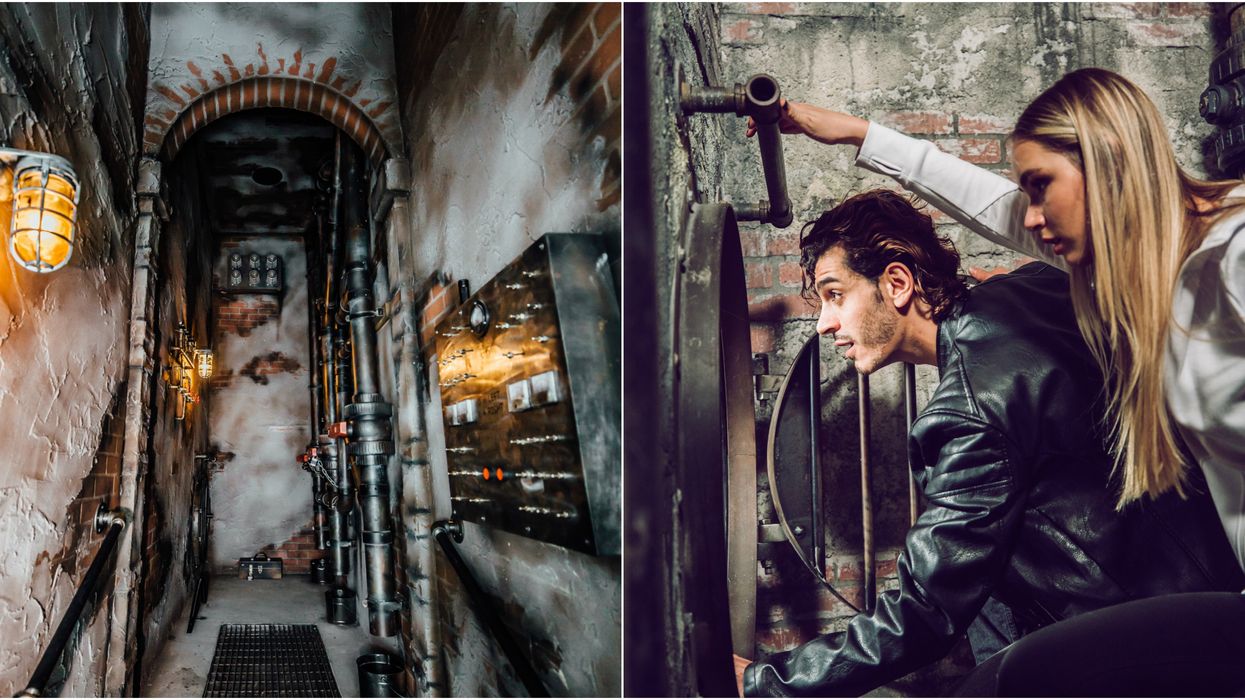 Escape rooms are literally spreading like wildfire in Atlanta as their national popularity continues to grow. Millennials are becoming more focused on experiences rather than materials, especially when it involves an alternate reality. Escape games let you venture through a thrilling fantasy world that puts your team work and problem-solving skills to the test. This super realistic prison escape room in Atlanta will do just that.

The Escape Game, a Nashville-based company, opened its first Georgia location at The Battery in April of this year and is one of the top-rated escape games in Atlanta. Although it's a fresh addition to the community, it has seen much success with its realistic rooms of various themes to suit anyone's interests. For $35 per player, you can choose from five games including: Prison Break, Special Ops, Playground, Gold Rush and The Heist, with only 60 minutes to escape from each.

I recently tried my hand in The Prison Break game and was genuinely impressed with the spookily realistic prison cell. Luckily, our group escaped with four minutes left on the clock! Our guide told us that only about 10-15 percent of groups escape the prison, as it is the most difficult experience available. Are you up for the challenge? Here's what to expect (without giving away too many details, of course).

At the beginning of the game, your group is split into two teams that are each locked in separate prison cells. You'll be taken back to 1955 as you play the role of a wrongfully-accused inmate in a cell that used to belong to a prisoner who disappeared without a trace (it is rumored that the cruel warden murdered him).

You must put your brain power to the test to scour for clues and break free from behind bars. It's important to remember that you cannot escape your cell without help from the prisoners in your neighboring cell.

Once both teams have escaped, you'll end up in a dark and creepy dungeon with lots of clues that eventually lead you to a key that unlocks the gate to a tunnel (and yes, you have to climb through this tunnel to move on to the next challenge).

The final challenge takes you to the warden's office with a very Sherlock Holmes-inspired vibe, hoping he won't step back into his office to decide your fate for himself.

Hopefully, you'll discover the final clues that will ultimately set you free from the chains of imprisonment and achieve the justice you deserve.

I truly felt like I was a prisoner fighting for justice while having a blast with my friends as we put our heads together to solve each challenge. It's truly an unforgettable experience and creates a bond with those who take on this adventure with you. I absolutely recommend The Prison Break experience, but will definitely have to go back to try out the others, and you should, too!

If you love Escape Games and want to continue to find the best ones in Georgia, check out this The Walking Dead escape experience with actual zombies or this escape room that locks you in an insane asylum.

Why You Need To Go: Escape reality with your friends by escaping a fantasy world filled with fun and challenging adventures that will put your skills to the test.