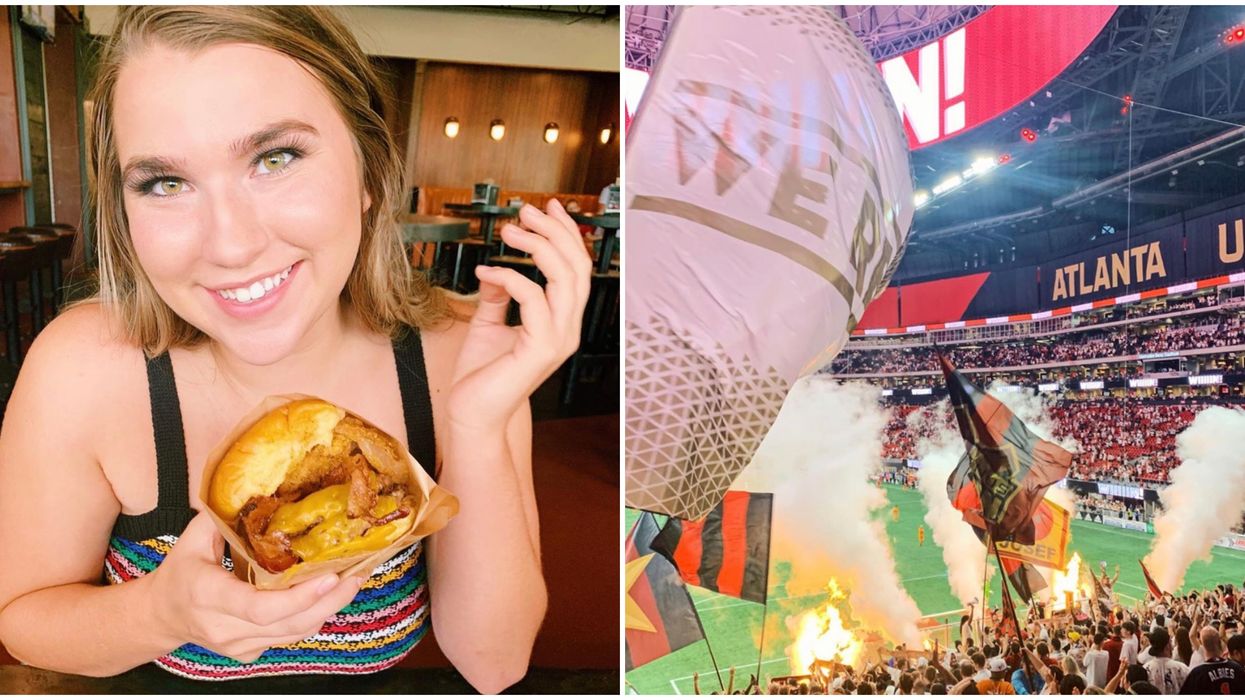 Seeing Atlanta United dominate the field and break the Atlanta sports team curse is the right way to spend any evening. Soccer games in the A are already a party, but imagine your ticket coming with a few extra perks. Grindhouse Killer Burgers teamed up with Atlanta United to bring fans a ticket package that's well worth every penny.

For the Sept. 14 game against Columbus Crew, Grindhouse is offering the only all-inclusive tailgate experience in the city. Since there's a whole lot going on that day, we'll break it down for you.

You and your crew will meet at Grindhouse Killer Burgers on Memorial Drive for the most epic tailgate. You'll park your car at Grindhouse so you don't have to worry about the Atlanta parking struggle or the overpriced gameday lots.

During the tailgate, you'll chow down at the burger buffet. Though only burger and fries are included, you can customize the beef (or Impossible) burger of your dreams. It wouldn't be a proper celebration without an open bar, and Grindhouse delivers. Tickets include an open bar so you can pre-game your heart out.

After the tailgate, you'll board the bus that'll take you to the stadium. The highlight of your ride there will be that the open bar continues on the bus. Hopefully there's just a smidge of traffic so you won't be guzzling down beer, wine and liquor all at once.

The package comes with a ticket in the 300 section. Even though it's the upper level, you have a super solid view of the  players in action. You'll be gifted an exclusive Atlanta United scarf, so that'll complete any ensemble for the photo ops.

Even after the excitement of the game dies down (and Atlanta inevitably takes the W), you'll have the open bar access again on the ride back.

It's crucial that you buy the ticket sooner than later because the price of the package is subject to change the longer you wait. As of now, this ticket package costs $99.

Grab your gameday crew and celebrate with 70,000+ fellow fans. If you're not at the stadium on gameday, catch the games showing at these hidden patio and rooftop bars in Atlanta.

Why you need to go: With only five games left in the regular season, it's crucial you take advantage of this super rare package.