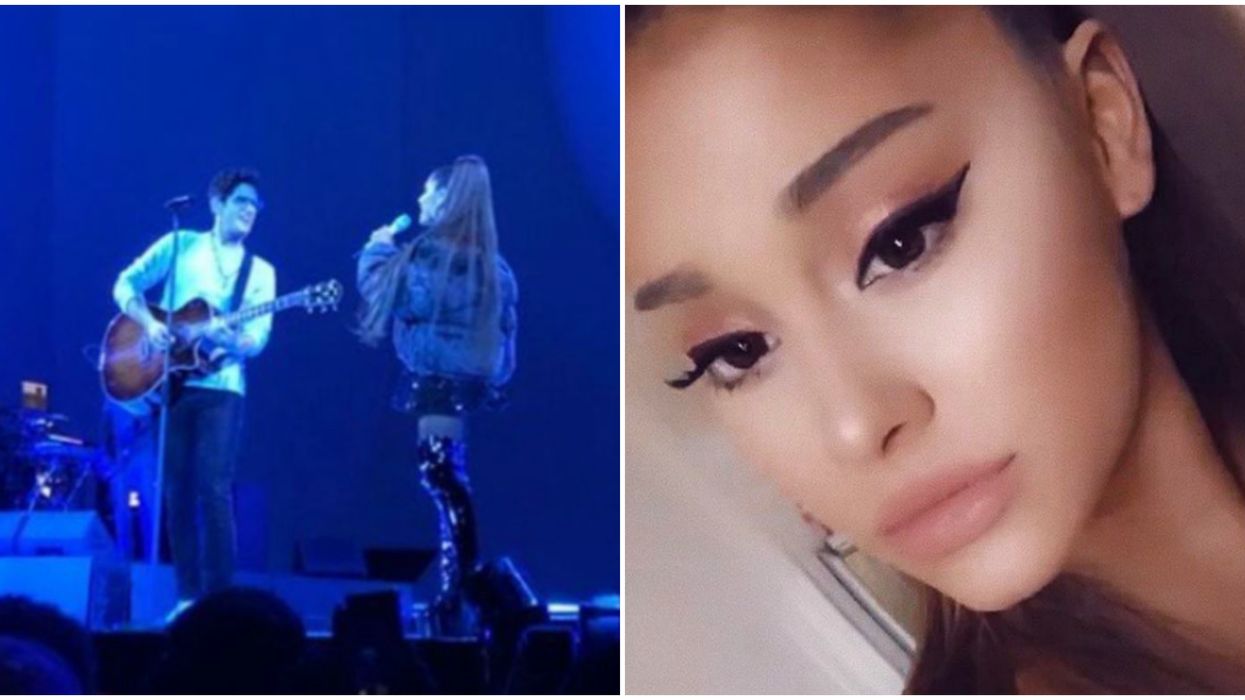 So Ariana pulled through last night in Atlanta and put on one hell of a show. She must have been feeling much better as fans were giddy from her rocking the stage like no other at State Farm Arena last night. The performance was full of surprises including Liz Gillies and Ariana Grande singing together on stage and it was honestly adorable.

We all remember Ariana's feeble beginnings as a child star on Nickelodeon's Victorious back in the day. Her iconic (and honestly sort of obnoxious) voice as Cat will never be forgotten, but she has had quite the turn-around because she arguably has the best singing voice in the universe. She definitely showed that off last night in Atlanta.

The cutest thing ever happened in a whirlwind of nostalgia as Victorious co-star, Liz Gillies joined Ariana on stage to sing a duet of "Give It Up" from their hit Nickeloden show.

Cat (Ariana Grande) and Jade (Elizabeth Gillies) joined forces six years later, and it was iconic. The two have a close relationship and were both grateful for last night's reunion. A trip down memory lane for all.

Fans were flipping out when the two of them took the stage to show of their immense talent and it was literally everything.

That's not the only one who joined the pop legend on stage, though. Another Victorious co-star, Matt Bennett, took the stage to sing a song that he once serenaded Cat with on the show.

He played a beautiful acoustic melody on his guitar while singing "I Think You're Swell," claiming that he wrote it "ten years ago for a very special girl" and was so lucky to be able to perform it on stage. He even hinted at it on Twitter the night of the concert!

Ariana told fans at the concert that Atlanta was her favorite show on tour because of her special guests and former co-stars!

As many fans probably know, Ariana has been battling an illness for quite some time, making it hard for her to breathe on stage. She is super dedicated to her fans though and really pushed through last night, just like the baddie she is.