Stop monkeying around and go to the zoo. 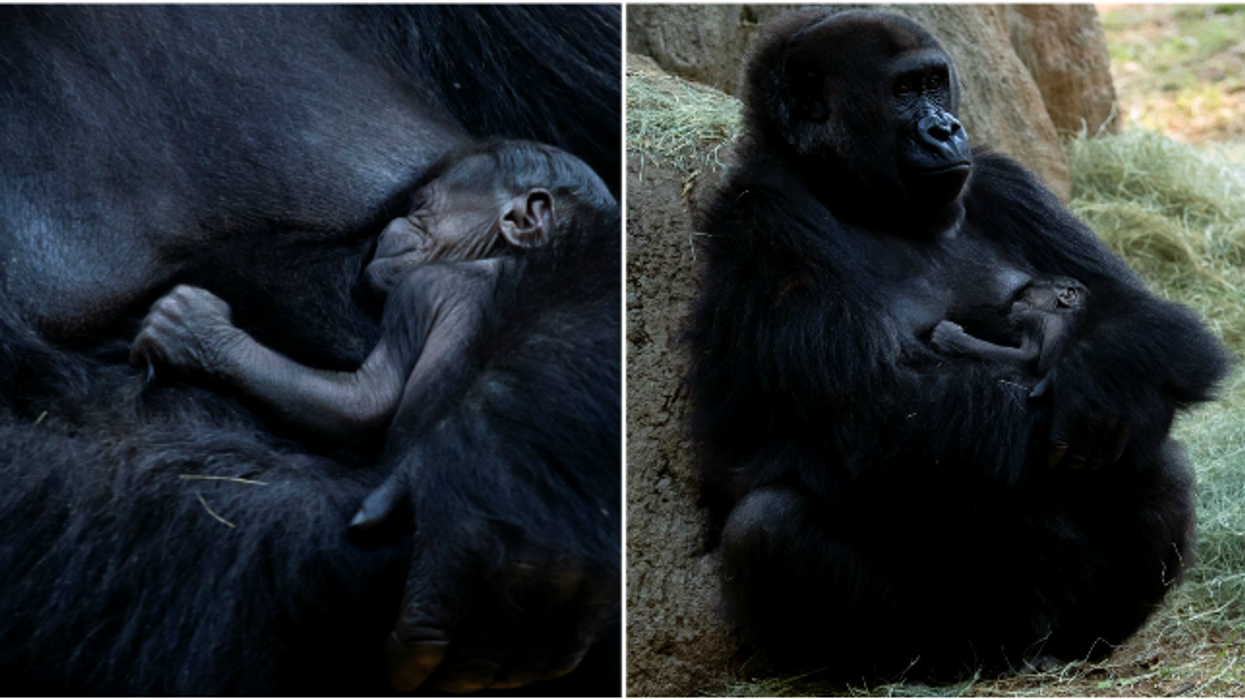 It's been an exciting and equally busy week at Zoo Atlanta. They welcomed two new animals to the frenzy, one of which weighs less than 10 pounds and the other over 10,000 pounds. We present to you Atlanta Zoo's newborn gorilla (whose name and gender are TBD) and a 30-year-old male elephant named Msholo. Both of these adorable creatures were welcomed on Wednesday, July 24 2019, and you can witness them in action at The Atlanta Zoo.

Lulu, the 19-year-old Western Lowland Gorilla, gave birth to her precious baby at Zoo Atlanta on Wednesday. Lulu is the youngest of five children of Willie B., one of Atlanta Zoo's most well-known gorillas who passed away in 2000 at 39 years old. (RIP, Willie). Lulu's newest addition is the 24th baby born at Zoo Atlanta since the opening of their Ford African Rain Forest in 1988. This is where visitors can see mamas care for their babies and witness adorable sibling interactions.

This is Lulu's second surviving offspring and the 11th for baby's dad, Taz. The births of Western Lowland Gorillas are celebrated to the highest degree, as the species is critically endangered. Their kind has declined up to 90% in parts of Western Africa, According to Zoo Atlanta.

Zoo Atlanta has over 19 gorillas, making it home to one of the largest gorilla populations in North America. They are also home to the world's oldest living male gorilla, Ozzie, 58. Choomba, a 56-year-old female also calls Zoo Atlanta her home.

Zoo Atlanta is nationally recognized as a center of excellence for the care and study of gorillas. They are also the HQ of the Great Ape Heart project, the world's first effort to diagnose and treat cardiac disease in gorillas. According to Zoo Atlanta, their research team has published over 100 papers on gorilla reproduction, maternal care, social behavior and cognition.

Zoo Atlanta is an actively-involved partner with the Association of Zoos and Aquariums' (AZA) Gorilla Species Survival Plan (SSP), which is responsible for ensuring self-sustaining and genetically diverse gorillas for future generations.

In addition to Lulu's new baby, Zoo Atlanta also welcomed a much larger addition on Wednesday. An 11,000-pound African Bull Elephant, Msholo, comes from the San Diego's Zambezi Elephant Center and will be a social companion for the Zoo's two female inhabitants, Tara and Kelly. He is the first male elephant at Atlanta Zoo since the 1960s. The elephants will soon be part of Zoo Atlanta's new African Savanna Habitat, which is near completion.