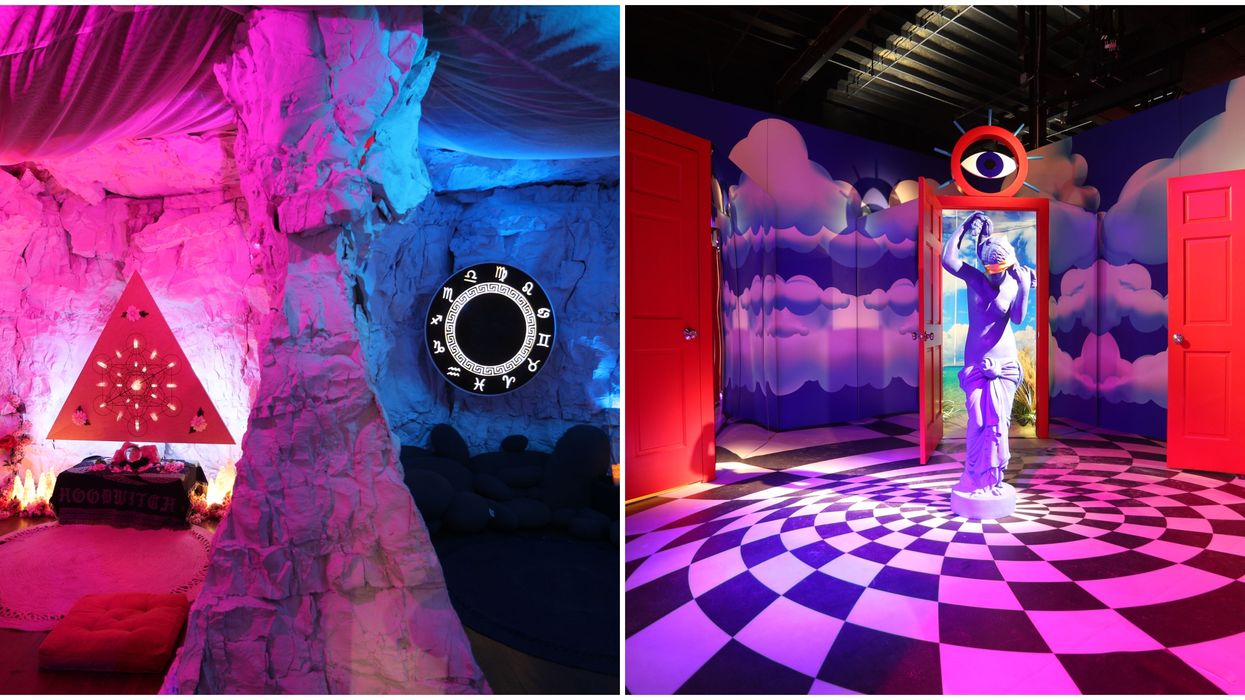 You might be like me — a die-hard creative looking for spaces to be filled with artistic energy. Atlanta has a plethora of museums, festivals and pop-ups that channel that same energy, but 29Rooms is simply something the city has never seen before. Refinery 29's 29Rooms in Atlanta is the festival, museum, and pop-up party that we never knew we needed.

29Rooms: Expand Your Reality has finally uprooted itself from its New York and Los Angeles roots and hit the road on a nationwide tour. Created by Refinery29, this experiential exhibit is bringing the nation a one-of-a-kind pop-up that goes beyond giving people a space to take cute Instagram photos.

29Rooms is essentially what its name implies. There are 29 different exhibits, or rooms, that are completely unique from one another. I had the chance to be one of the lucky ATLiens who experienced it first.

"We want you to expand past what you're seeing in front of you. While everything here is visually stunning, 29Rooms is space to interact with people, interact with yourself, and leave with inspiration," Refinery29's Senior Vice President of Experiential Katherine Tooley said.

The interactive nature of several exhibits is what made my evening there so special. When was the last time you connected with a stranger? For me, not for a long time. "29Questions" allowed a complete stranger and me to delve into some serious questions and connect whereas I usually would've walked past them.

That's how so many of the exhibits are. I found myself writing notes to my past self, drawing portraits of my sister who joined me without looking (super hilarious), painting, having my palm read, and rocking out during a dance party.

It was also incredibly refreshing to learn that 29Rooms collaborated with some local talent — Sarah Emerson and NNEKKAA — proving that Atlanta is a place where anything can happen.

29Rooms makes for an insanely memorable night out. It's a safe space where emotions were evoked; I met new people, and I left with a camera roll of adorable Instagram pictures.

There's no reason to debate if you should go because you need to go. 29Rooms is only in Atlanta from Aug. 29 to Sept. 8, and it makes for the ultimate girls night out, date night, and even a solo trip.

Why You Need To Go: Atlanta has yet to experience an exhibit that is as inspiring, thought-provoking, and interactive as this.