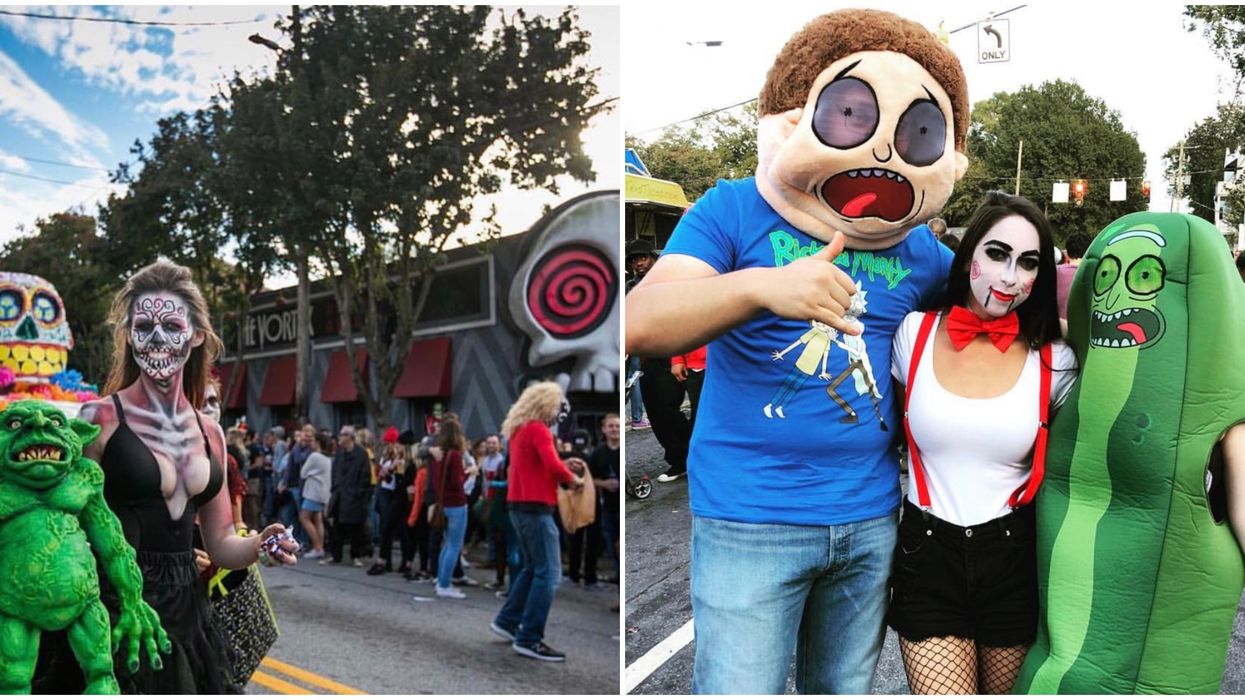 This one is for all the people that have been browsing Pinterest trying to put together the perfect Halloween costume. All your late nights of research will finally go to use when you debut your Halloween costume at Atlanta's Halloween Parade is the biggest parade, party and festival all in one. This annual celebration is hitting the iconic neighborhood of Little Five Points (L5P) and it's guaranteed to be the biggest year yet.

Often times, when you reach a certain age, dressing up for Halloween is frowned upon or not as much effort is put into costumes. The L5P Parade and Festival allows your creativity to flow freely because people attend the celebration in their craziest costumes. While you're not required to dress-up, it's highly encouraged.

Before the festivities truly begin, you'll have the chance to party with some of the most eccentric personalities in the city. There are several performances pre and post-parade, along with an artist market. The parade and festival are free to be a part of, but that doesn't mean leave your wallet at home. You'll definitely want to take some of these treasures home.

The parade officially kicks off at the corner of Euclid Avenue and Austin Avenue. It runs several blocks, so the traffic-filled streets will be taken over by characters from some of the year's most popular films. Calling an Uber or Lyft is definitely how you'll want to arrive.

If you start getting hangry at any point in the day, rest assured that you'll be covered. King of Pops, Tex's Tacos, Island Noodles and a plethora of other vendors will be ready to take your order.

On top of food, all the booze vendors will keep the party going. Are you a fan of Fireball, Tito's, Bulleit Bourbon or Scofflaw? We hope so because there will be plenty of their drinks to pass around.

Prepare yourself for an insane day because more than 35,000 people flock to this multi-block party. You don't want to miss a moment, so get there at noon and stay until the party ends at 10 p.m.

This is just one of the several epic Halloween festivities that Georgia is hosting. If you really want to go all out for Halloween, you and your crew should try being trapped in a room with a zombie at this over the top escape room or scream your way through this terrifying haunted house.

Why You Need To Go: This massive multi-block party allows your creativity to shine and party all day long.