A storm is bringing lots of rain, wind, and waves to the region. 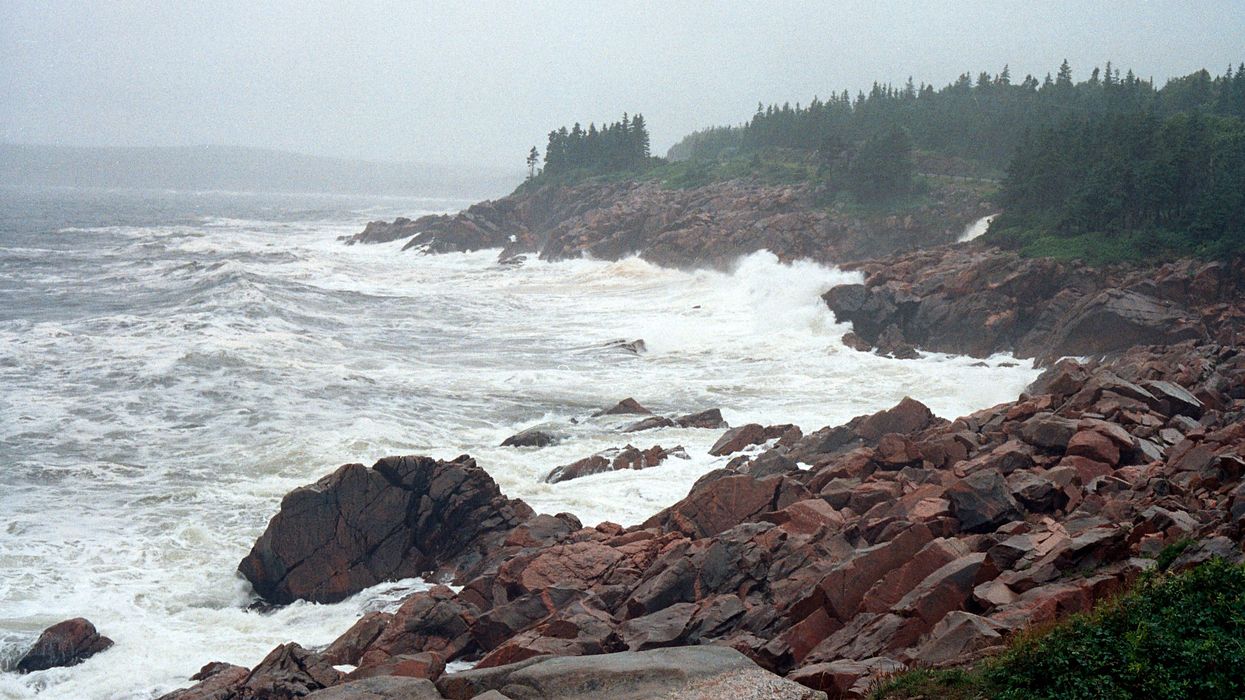 A storm is brewing and people are being warned to be ready for it. An Atlantic Canada rainstorm will bring damaging winds, major rainfall and huge waves to the region. Because of the storm, weather warnings have been issued across the Maritimes.

A storm is making its way to the Maritimes where it will dump heavy rain, strong winds and high water levels on October 17 through to October 18.

Environment Canada has issued weather warnings for Nova Scotia, New Brunswick, PEI and parts of Newfoundland because of the storm and the damage it could do.

"Atlantic Canada is in the sights of a strong system whose impacts will start making themselves felt on Thursday. The storm is affecting the northeastern U.S. as a nor'easter, but though it will be past its peak strength once it reaches Canada's east coast, it will still be packing very strong winds and heavy downpours," according to The Weather Network.

All of Nova Scotia is under a weather warning from Environment Canada for wind and rainfall. Winds could reach 90 km/h and water levels will be higher than normal with heavy surf.

Environment Canada is warning that "damage to buildings, such as to roof shingles and windows, may occur. Loose objects may be tossed by the wind and cause injury or damage. High winds may toss loose objects or cause tree branches to break."

Parts of Nova Scotia could get up to 50 millimetres of rain from this storm.

All of PEI is under a weather warning as well because of strong, damaging winds.

The northeastern edges of New Brunswick are under a weather warning from Environment Canada while the rest of the province is just under a special weather statement.

Northeastern parts of New Brunswick are not only getting strong winds and rain but also elevated water levels and high waves. The warning is in place there because the water levels pose a threat to coastal regions.

"Very strong easterly winds and heavy surf ahead of the low will result in high water levels along the coast during high tide this evening. These conditions will give coastal flooding and potential erosion to beaches and damage to infrastructure," Environment Canada said in the warning.

Flooding is possible along the coast and so is erosion. Environment Canada is telling people who are close to the shoreline to keep an eye on conditions if they get worse.

The storm will then move through the Maritimes region and into Newfoundland later in the day and into the early morning on October 18.

"As the fall storm winds down on Friday, we'll see a very mild day for Newfoundland with rain," said meteorologist Doug Gillham.

The western edge of Newfoundland is under wind warnings and the eastern edge is under special weather statements for up to 45 millimetres of rain.

So even though the storm won't last for very long, the potential damage is risky enough that Environment Canada is warning Canadians in the region to keep an eye out.

As the storm begins to hit the province, thousands in Nova Scotia have already lost power with more rain and nasty weather still to come.