A Giant 'Green' Comet Will Soar Over Arizona Skies Next Month

It'll be the closet to Earth at the end of May. 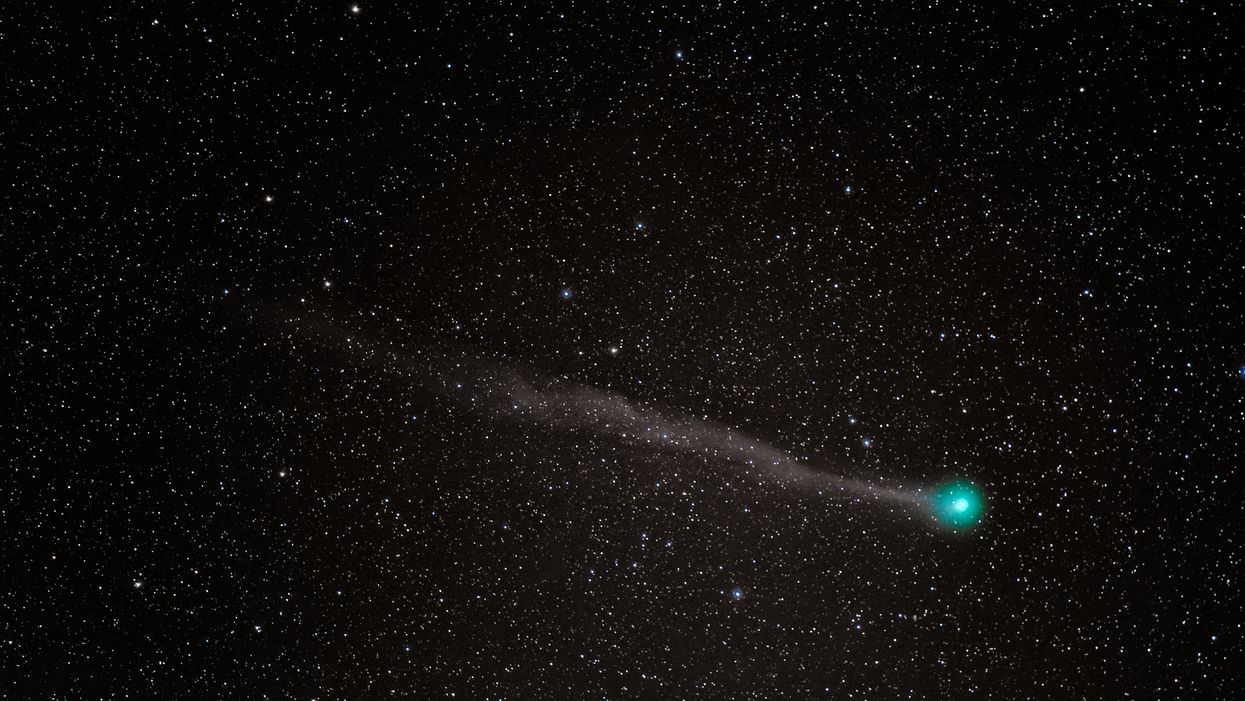 It's time to "Saturn" that frown upside down and get ready for some amazing cosmic sights next month. Atlas comet is predicted to be visible above Arizona through May for some epic stargazing. You can grab a blanket and some space-tacular cocktails to enjoy a view you won't get very often.

Atlas Comet is a recently discovered comet that appeared in December 2019. It started out very indistinct but is getting significantly brighter every day, much faster than anyone predicted according to Inverse.

Forbes reported that the comet is said to be gathering a tail, which gives it the shape we know to be more standard to a comet's.

You might not need a considerable telescope or even binoculars to catch a glimpse. It is being predicted that later this month and throughout May, the comet will continue to get brighter and brighter, being closet to the Earth on May 23, 2020.

Because of the tail formation at the back, it looks like it's streaking across the sky like a gorgeous shooting star.

Scientists think the comet could appear as brightly as Venus, which has been very visible at night the past few weeks.

If this is the case, we won't need any help to view it as it makes its way past the atmosphere. The only reason we would miss this spectacular view is if it breaks up first. Otherwise, it could be visible as early as the middle of May 2020.

A map of the best places to stargaze will give you the chance to catch an incredible glimpse of the celestial sight, and the darker, the better so light pollution doesn't dim the spectacle.

The best comet-spotting times are between 8 p.m - 9 p.m. in May, especially toward the end of the month.

It might not be a shooting star, but wishes still count on shooting comets, right?

If so, we wish for brunch dates to come back soon.

Why You Need To Go: So long as the comet continues on its course and keeps getting brighter, you will be able to see it make its way through the night sky without equipment.