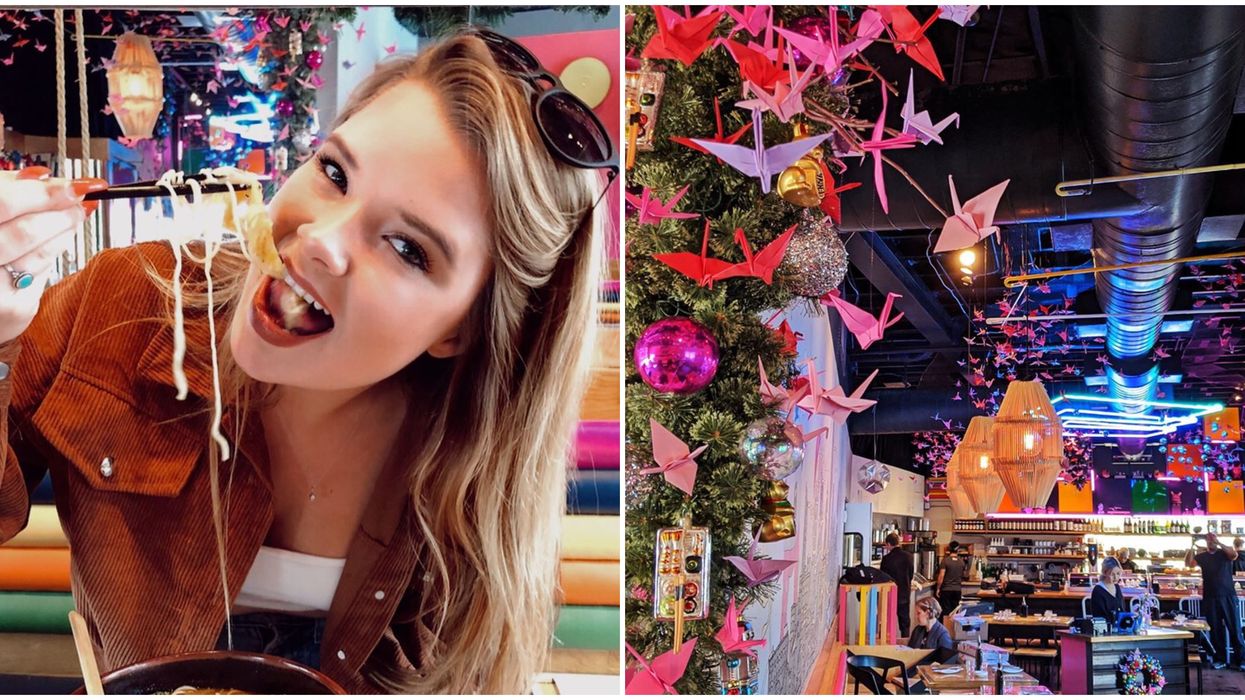 One of the great parts about dining in a Japanese restaurant is the atmosphere. As soon as you're seated it's almost as if you've been transported elsewhere, but deep down you're glad you haven't. The Lucky Robot Japanese Kitchen in Austin is no different, and they have a special surprise for those who are stopping by during the holidays.

From now until Friday, January 10 you'll be surrounded by 2,200 origami cranes and Christmas trees each time you visit Austin's most delicious Japanese restaurant.

This holiday pop-up was inspired after the restaurant was decorated in thousands of suspended cherry blossoms during the spring.

After the success it brought the restaurant, they knew they needed something for the holidays.

Not only is Lucky Robot Japanese Kitchen Austin's most delicious Japanese restaurant, but it's also the city's first sustainable sushi restaurant.

The Japanese kitchen and sushi restaurant specializes in using responsibly sourced fish and seafood in order to serve only the best ingredients to their customers.

The restaurant serves brunch, lunch, dinner, and a variety of alcoholic beverages.

They're open almost all day every day of the week, but have shorter hours on Tuesdays.

While you're obsessing over the awesome decor in the restaurant and eating some of the best food in all of Austin, don't forget about all of the cool events going on in ATX.

From their Christmas events to their numerous festivals, you can't go wrong spending a day here.

And with the holiday decor being up at Lucky Robot Japanese Kitchen until the new year, we're sure you'll be spending many days here.

Why You Need To Go: To see the Lucky Robot Japanese Kitchen's awesome origami display.