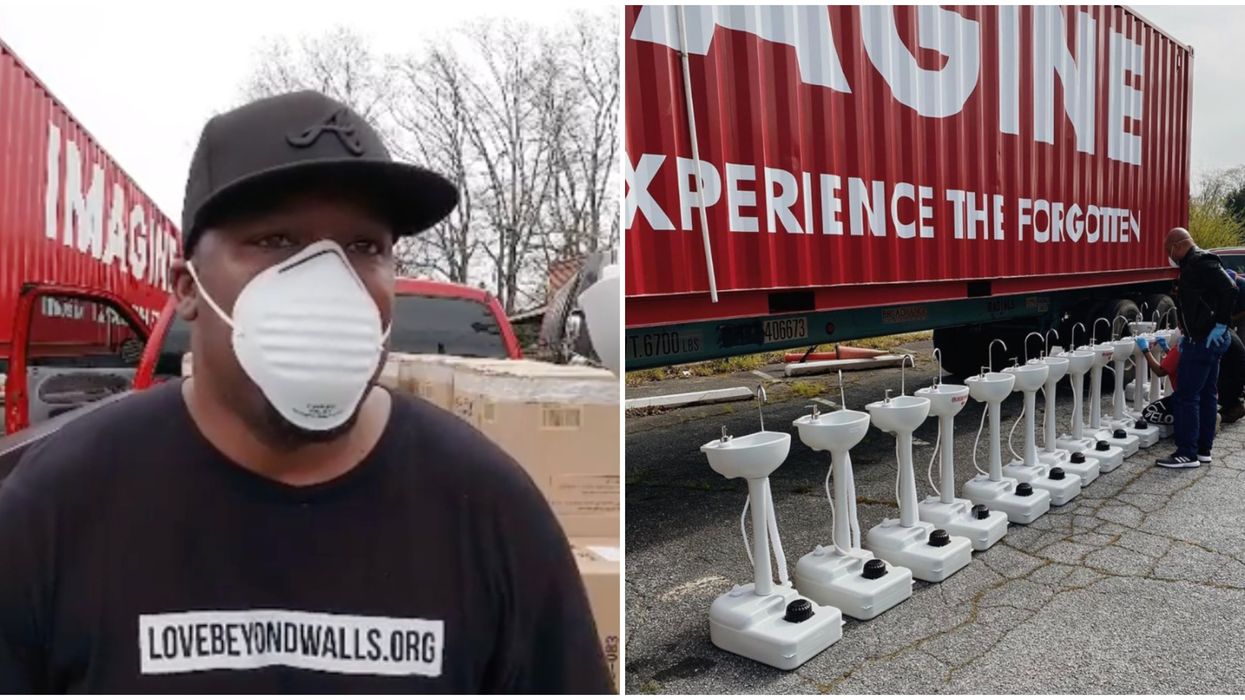 Even in the most difficult of times, there's always a good Samaritan ready to offer the help that's needed. In Austin, Texas, that's Terence Lester, the co-founder of the Georgia-based nonprofit organization Love Beyond Walls. Lester announced today that he and his organization are partnering with Google to bring mobile handwashing stations to Austin amid the COVID-19 outbreak.

Terence co-founded Love Beyond Walls with his wife back in 2013 and has since made an astounding impact on his Atlanta community.

Recently, Terence began building portable sanitizing stations to aid in halting the spread of COVID-19 throughout the homeless community in his city.

Since then, there's been an overwhelmingly positive response to his act of kindness, including a Google staff member raising thirteen thousand dollars for the organization in a matter of days.

The money was raised through an internal fundraiser and has since been approved by Google. Terence announced the exciting news of his partnership with Google, both on Twitter and Instagram.

"We are partnering with Hope Community Church in Austin to install stations led by Aaron and Michelle Reyes," Terence told Narcity.

It didn't take much for Terence to know that Austin would be the next city he and his organization were coming to.

As it turns out, Atlanta and Austin have something in common that many people may not know.

When asked how he decided on Austin as the next city to receive handwashing stations, Terence told us, "Because homelessness there is just as bad as Atlanta."

Terence's decision to work with the Reyes couple came from his need for "partnering with people who are going to be committed to this work long term."

It looks like Terence and his organization are just getting started.

According to Terence, the distribution of handwashing stations in Austin will begin in the second week of April.