Texas Governor Announces Salons, Stores & Movie Theaters Will Be Opening Back Up Soon

Restaurants to come soon as well. 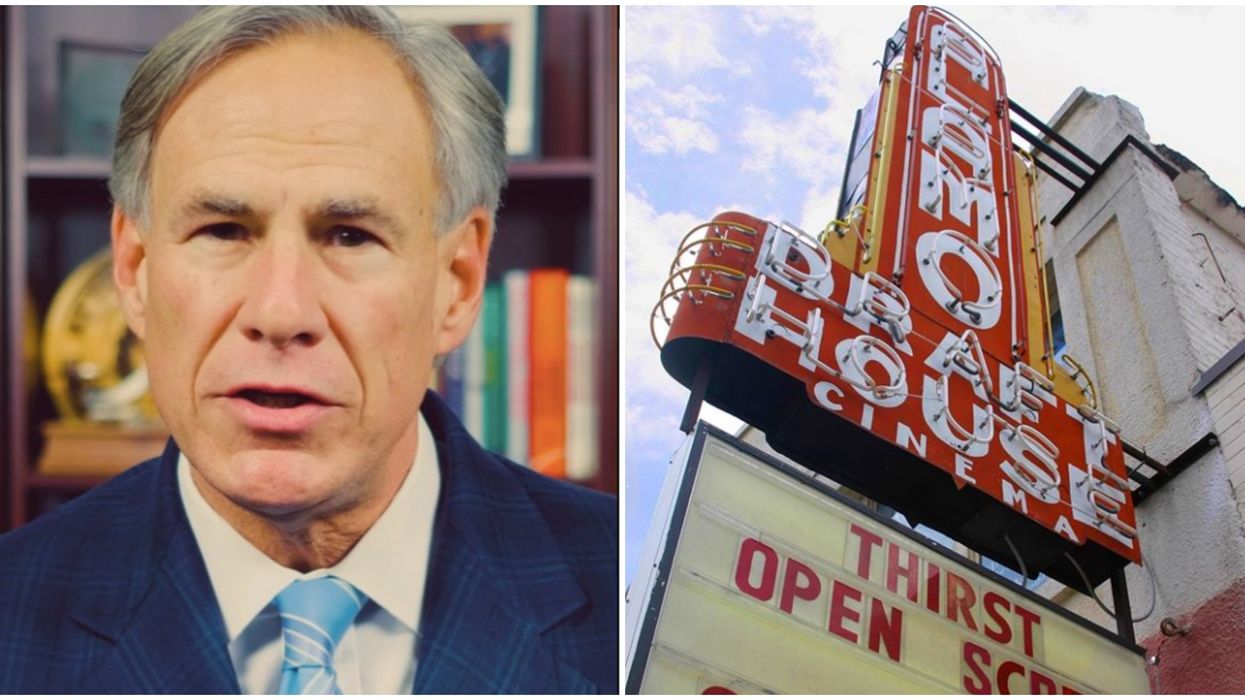 During the past week, Governor Greg Abbott's reopening Texas plan has been added upon and expanded in a variety of press conferences and radio shows. The governor's most recent statement on Wednesday stated that a large amount of Texans will be allowed to visit hair salons, stores, and potentially even restaurants and movie theaters.

Abbott's big announcement on the reopening of Texas was made back on Friday, April 17. He told Texans that he would be revealing more information on his multi-stage plan on Monday, April 27.

On Monday, there are talks of him lifting the stay-at-home order instead of extending it. He wants to reopen the Lone Star state so that the economy doesn't suffer.

The governor told two radio talk shows about his plan.

“We’re going to be making an announcement opening so many different types of businesses," he explained to a radio interviewer from Lubbock, "with a structure in place that will ensure that we slow the spread of the coronavirus."

Hair salons and shopping inside stores could be coming soon. We are working around the clock on safe protocols fo… https://t.co/UxB45v2Dbu
— Greg Abbott (@Greg Abbott)1587588147.0

He carried on to say that all of these changes will be occurring very soon, “in the first couple of days in May." He wants Texans to be able to go back to restaurants, stores, salons, and other establishments early next month.

Abbott also spoke with WBAP Morning News that he will be changing the stay-at-home order immensely. This order expires on April 30, and unlike Dallas' order, it may not get extended.

In a tweet, Abbott confirmed once again his eagerness to reopen businesses across Texas "in ways that prevent the spread of COVID-19."

Along with retail spaces, salons, restaurants, movie theaters, and more, churches will also be able to open back up soon.

Abbott also included in his statement that beaches will be open this summer.

This announcement came soon after Harris County Judge Lina Hidalgo revealed that Houston will be under a new mandatory face mask rule.

This rule is also in place in many other major Texas cities, such as Austin, San Antonio, and Dallas.

Even if stores begin to open again, masks will still be required under each county's stay at home orders.