Not sure he should be using his Supernatural fighting skills for this. 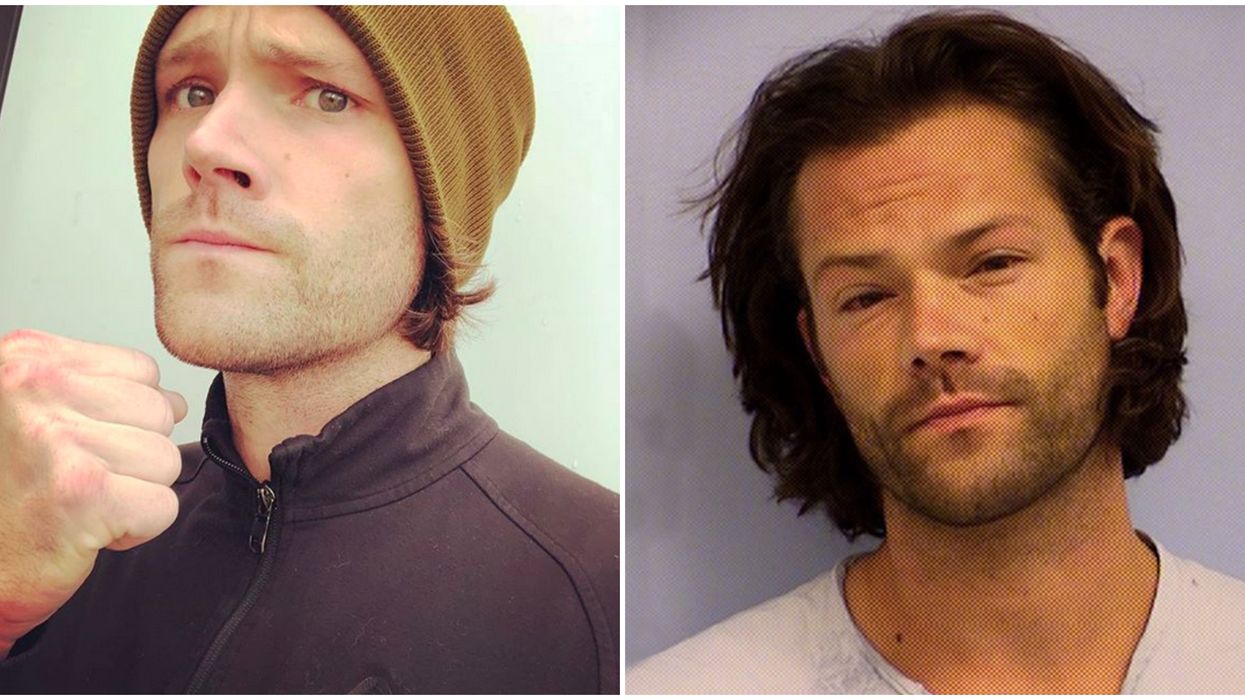 It is no secret that the main actors from the long-running show Supernatural are trying to find something new to fill their time now that the final season is airing on the CW. Both Jared Padalecki and Jensen Ackles are from Texas, so it's not very surprising they have been seen out in the Lone Star state. The two have been seen all over lately, from ACL to hitting up bars, leading up to last night in Austin when Jared Padalecki was arrested.

Jared was seen last night hitting up his favorite local bar, Stereotype. While he was there on Sunday, the star was arrested for public intoxication and assaulting two individuals. Posted on Twitter, you can see Padalecki putting a man in a chokehold in a drunken rage. It isn't known what the altercation was about as of right now.

Fans of the star were shocked. In one of the videos, Padalecki seemed to possibly be bribing the cops if not just casually, counting his money while he was being detained. Some Twitter users claim he was bribing the cops; others deny he would do that so openly in front of cameras.

TMZ also showed the star getting into the cop car after his outburst. Workers from the bar are heard commenting on the situation saying they had refused to serve him drinks.

Everyone has bad days. Just remember that your family loves you not matter what. #WeLoveYouJaredPadalecki @jarpad
— Linda (@Linda)1572281907.0

Fans of the actor took to Twitter, expressing their support for him. Lin2448 said, " Everyone has bad days. Just remember that your family loves you no matter what. #WeLoveYouJaredPadalecki." Many of his fans took to the social media platform to share stories about how nice the actor is in person.

While somewhere showing sympathy, others took to Twitter to have a good laugh about the entire thing. Twitter user HOUSEOFMEMORIES commented, "Jared Padalecki drunk beating someone in a bar AND flashing money to the police before getting arrested is such a fat ass mood." With plenty of people saying Padalecki was giving major Dean Winchester vibes.

The memes don't seem to be stopping anytime soon. Padalecki's representatives have not released a statement and neither has the bar. What the stars next move might be is unknown, so, for now, we'll just have to wait and watch the next episode of Supernatural.

Check out our list of places where you can run into celebs around Austin, and possibly see some drama go down.