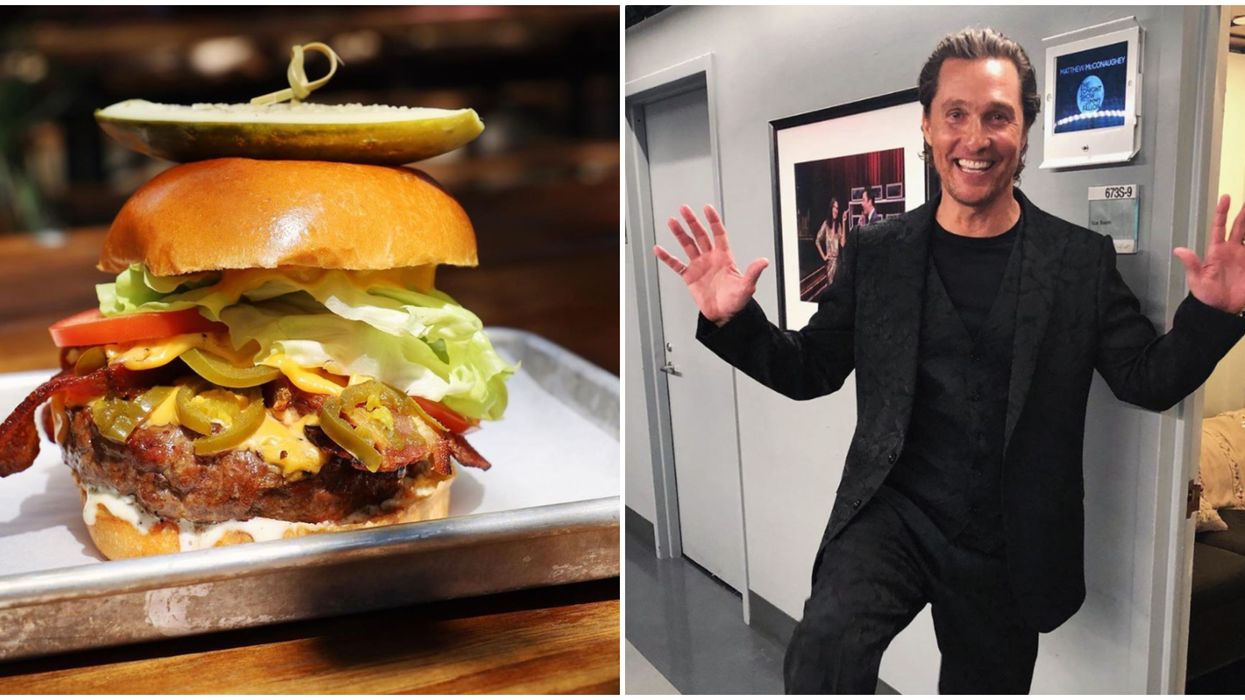 Now that Matthew McConaughey has spent a decent amount of time in Austin, Texas, he's managed to perfect his tastebuds to match most Austinites'. When it came to collaborating on a burger project for his fellow citizens, it was clear to Franklin Barbecue's owner that he was the man for the job. Now, you can purchase McConaughey's and Aaron Franklin's "AND..." burger this weekend only.

The award-winning actor virtually collaborated with Franklin, co-owner of Loro and owner of Franklin Barbecue, to create the "AND..." burger as part of Uber Eats' virtual burger showdown.

The series benefits Frontline Foods, an organization helping local restaurants as well as feeding heroes on the frontlines.

McConaughey's delicious burger creation is available for order and purchase starting today, exclusively through Loro on the Uber Eats app. That's right, you can't visit just any restaurant to find this meaty creation.

You can try out the burger until Sunday, May 31, or until they sell out, which might be sooner rather than later.

With that being said, the "AND..." burger has double-cut smoked bacon, American cheese, pickled jalapenos, brisket and chuck patty, butter leaf lettuce, tomato, mustard, and jalapeno aioli slammed between a butter brioche bun.

Does that sound good or what?

Below, you can see a glimpse of McConaughey's burger and from the looks of it, it's absolutely decked out.

With tastebuds that have experienced many of the burgers Texas has to offer, the actor hopefully won't disappoint.

Why You Need To Try It: It's a one-of-a-kind burger made by one of Austin's favorite celebrities.