The collab we've been waiting to see again. 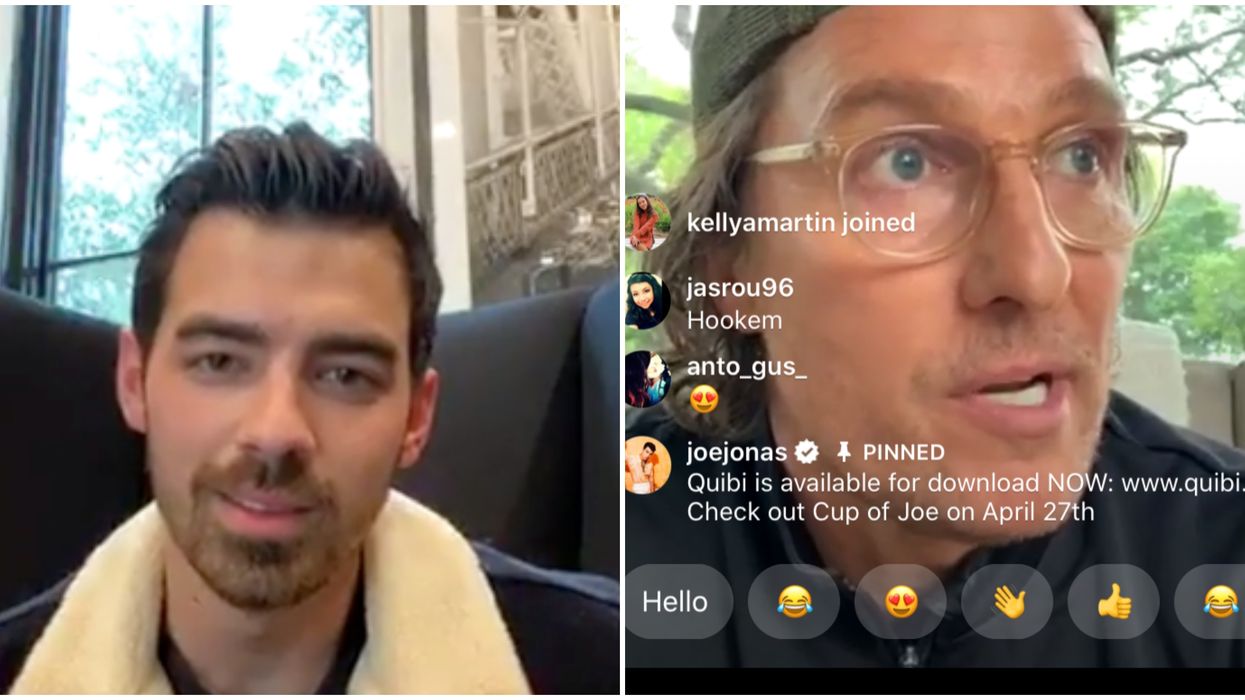 Ever since Matthew McConaughey and Joe Jonas took to the streets of Austin back in December, we've been counting down the days until we saw them together again. Finally, the two bros took to Instagram Live today to promote Jonas' new Quibi show Cup of Joe and suddenly, our hearts were complete. They talked about Austin, coping with quarantine, and their overall love for each other.

McConaughey and Jonas went live on Instagram at 5 p.m. CST today, April 6 to promote Jonas' new show Cup of Joe which will feature McConaughey once aired later this month.

The friendly exchange between the two lasted for about fifteen minutes before the next guest was brought on, but they were some of the most entertaining minutes we've experienced in, well, a while.

They touched on many subjects, but their discussion on McConaughey's city was by far the longest.

Austin was brought up almost immediately, with McConaughey describing it as a "people place" and a "vibe city," to which Jonas agreed.

"I can't wait to go back once this is all over," said Jonas.

Jonas visiting the city of Austin again is something we'd never complain about. And if his wife Sophie Turner is in tow, well that's even better!

Jonas captioned the post above with, "Man I can’t wait to share this with you guys ☕️ #CupOfJoe coming to @quibi April 27."

Cup of Joe will officially be on Quibi Monday, April 27 and will feature McConaughey as well as stars like Jack Black, Sophie Turner (his wife), his brothers Nick and Kevin, and more!

The announcement of the two going live was a nice surprise for any who follow McConaughey or Jonas on Instagram, and we'll be keeping our eyes out on any other collabs in the near future.

Jonas finished up his segment with McConaughey by saying "Hook 'em" and the two raised their horns in true UT fashion.