He's a professor too, you know. 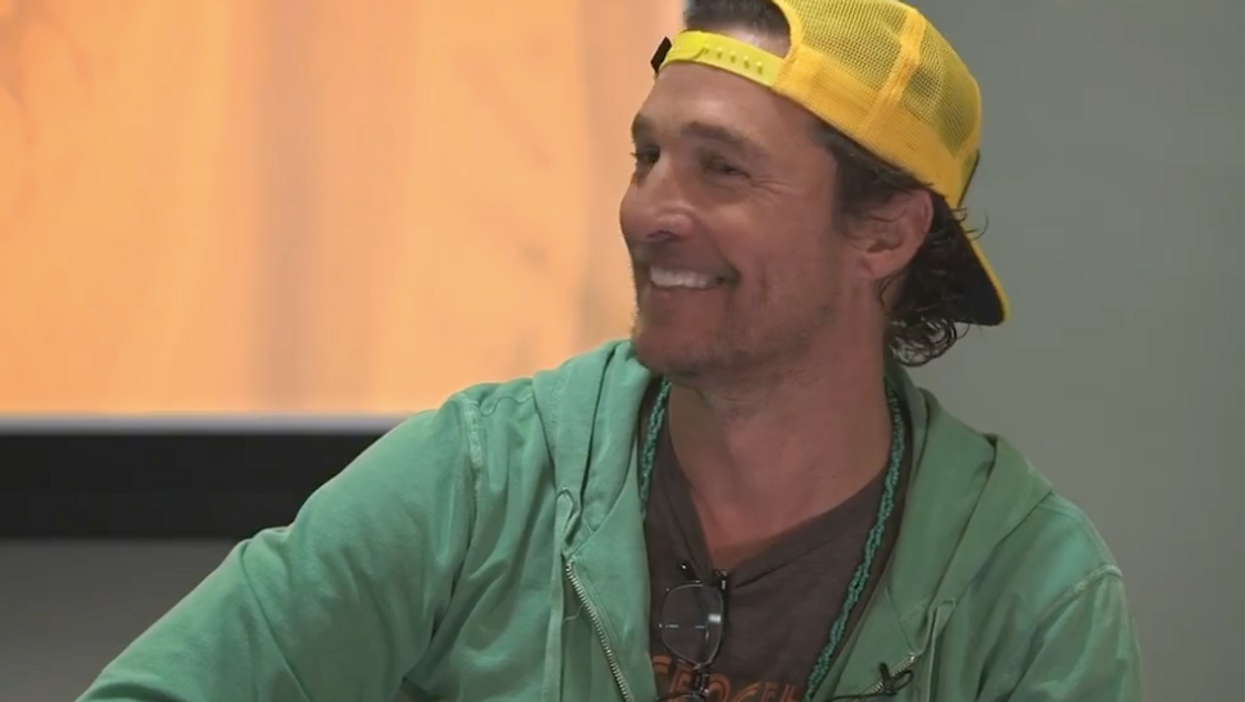 The University of Texas at Austin is currently closed, with all classes and meetings being moved online. This includes faculty meetings, where the professors, instructors, and other faculty are linking up virtually. An important professor at UT Austin is Matthew McConaughey, who teaches a Script to Screen class in the Moody College of Communication. He recently hopped in a faculty Zoom call and he looks exactly like the rest of us.

In a recent tweet, Robert Quigley, a professor from the UT Journalism School, shared a screenshot of his Zoom chat, which includes Professor McConaughey.

He captioned his tweet "Special guest in our Zoom faculty chat. This is surreal."

The Austin actor looks more laid back and casual than we've ever seen him. He is sporting a green zip-up hoodie and big brown glasses, with his wavy hair slightly unruly.

The star is sitting on his couch in his Austin home, where he and his family have been vocal about the importance of staying at home at all times.

Quigley replied to a fellow faculty member who missed the call saying "You missed him, but I wouldn't be surprised if he comes back. He says he's going to hang around."

If your major is in the Communications college at UT, you have some pretty high chances of bumping into the iconic Austin actor in one of the Moody buildings. (Take it from me, I graduated from there!)

McConaughey is a very passionate teacher who takes his role at the university seriously and is always around campus to contribute to its growth.

@robquig If Matthew McConaughey looks like this in a zoom call, imagine what we look like
— Brandon Hensley (@Brandon Hensley)1585257097.0

Working from home usually leads to not getting ready in the mornings like we're all used to... and McConaughey revealed that he's definitely relatable.

This adorable interaction between the down to earth celeb and his coworkers is one that won't be forgotten by UT students, especially those in RTF who have the best chances of running into him on campus.

If he has the time to make it to his online meetings, so do you!