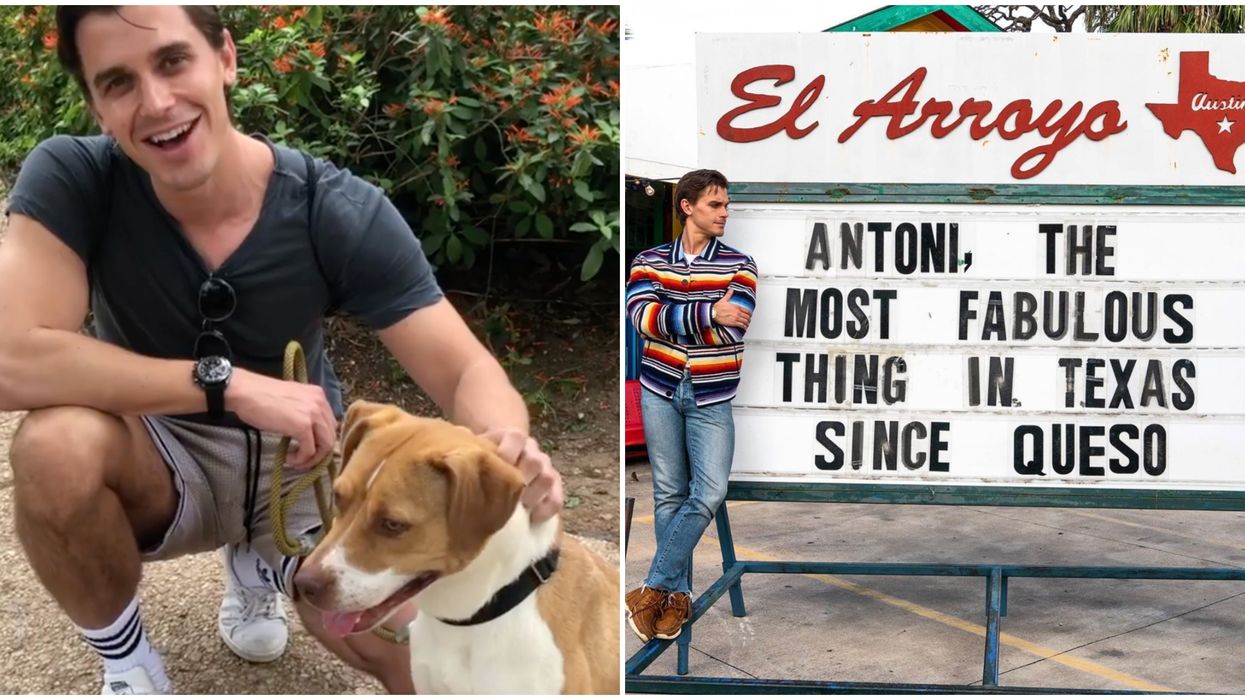 Last week, the city of Austin gave the Fab 5 a Texas-sized welcome upon arriving to film the sixth season of Queer Eye. Since then, we really haven't gotten much insight as to what they're up to in the Lone Star State, until now, that is. Everyone's favorite foodie from Queer Eye, Antoni, fostered a dog in Austin today to help give Austin Pets Alive! some relief amid the chaos in the city.

Austin Pets Alive! took to Instagram a few days ago to ask for help in giving as many animals as possible temporary homes while the shelter figures out what their next steps are.

The cry for help was heard by Antoni Porowski and, as of today, he's officially a dog dad! This is exactly the kind of thing we'd expect from one of the Fab 5, and we're lucky as every to have them in Austin.

Not only are they changing the lives of humans, but animals too!

There's an adorable video on the Austin Pets Alive! Instagram of Antoni with the pup he's saving who's name is Neon, side by side and looking happy as ever.

Hopefully Neon takes to the other four members of the group, but we have a feeling it's almost impossible for Neon not to!

Austin Pets Alive! captioned the video of Antoni and Neon with "Feeling lucky to have this temporary Austinite @antoni fostering Neon to help us during this time!"

The comments are flooded with thankful Austinites, and hopefully, this will encourage others to do the same and temporarily give one of the animals at Austin Pets Alive! a home.

Antoni truly is the "most fabulous thing in Texas since queso."

He may not know how serious of a compliment that is, but, we're hoping he soon will!

If you're one of the many who are working from home in the coming weeks, consider giving an animal from a shelter near you a temporary home.