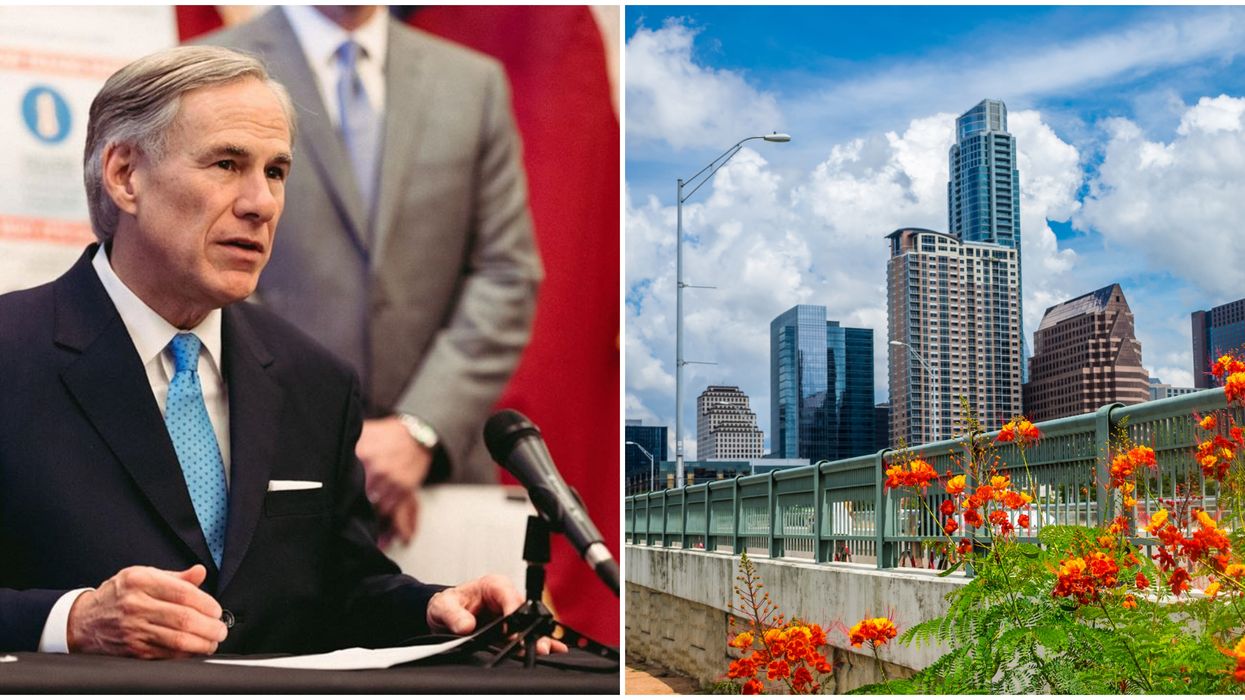 Governor Greg Abbott announced on Tuesday, May 5, 2020, that salons, public pools, and much more can begin to reopen starting Friday, May 8. As more businesses and establishments of all kinds continue to reopen in Texas, new COVID-19 cases are staying consistent in the 1,000 per day range. Though the new cases result from the days preceding the mass state reopening due to the incubation period, the numbers are not consistently decreasing as time goes on.

The Texas Health and Human Services with the Texas Department of State Health Services have a Texas Case Count tool that shows the trends of cases per day, region, demographic, and more.

This comes after a one day drop in numbers on Monday, May 4 with 784 after a packed weekend of over 1,000 new record-breaking cases a day.

However, Governor Greg Abbott assured, on his Tuesday press conference, that the rate of Texans testing positive for COVID-19 has been "cut in half" lately.

GREAT NEWS: The number of Texans who have RECOVERED from #COVID19 now exceeds the number of active COVID cases for… https://t.co/DaSGtwu47o
— Greg Abbott (@Greg Abbott)1588523696.0

He reassured that phase two of his reopening Texas plan is set to start on May 18, provided the number of new positive cases remains consistently lower or at a decline until then.

Though thousands continue to be tested positive as each day goes on, Abbott declared that "Texas ranks 3rd highest among states for number of people who have recovered from #coronavirus."

With the numbers per day still fluctuating over the 1,000 mark as new businesses continue to open, Texans are being urged to stay indoors and practice social distancing by a variety of local mayors and judges.

States that are already lifting restrictions, including Georgia, Texas and Colorado, are also far from meeting the… https://t.co/pox4Et8BTg
— Clay Jenkins (@Clay Jenkins)1588901984.0

Dallas Judge Clay Jenkins actively takes to Twitter to warn his fellow citizens about the dangers of the pandemic in Texas. In one of his latest tweets, he revealed that Texas "is running an average of 17,735 tests per day but needs to run 27,282 tests by May 15."

Harris County Judge Lina Hidalgo stands on similar ground and recently urged Houstonians to "stay vigilant" during this time because "if it feels normal…We’re probably doing something wrong. We still have an invisible killer lurking."

Throwing Texans in jail whose biz's shut down through no fault of their own is wrong. I am eliminating jail for vi… https://t.co/3iFGtoIbGr
— Greg Abbott (@Greg Abbott)1588861959.0

Abbott recently voiced his opinion that Texans getting jail time for not following their local orders is "wrong," leading him to completely eliminate jail for "violating an order."

This comes after the Dallas salon owner Shelley Luther was jailed for seven days after ignoring her county's local order. She was released today by order of the Texas Supreme Court.